Buying a home is a big decision. There’s a lot to factor in, from location to price, square footage, and more. That stress and complexity drives most buyers to enlist an agent to help ease the pain. Rebecca Troelstra, the co-founder and COO of AvenueHQ could be described as a real estate agent’s agent. She’s here to lend a helping hand like realtors are trying to do for clients. Just don’t ask her which school districts are the best.

AvenueHQ is a tech platform based in Vancouver that offers digital services to real estate agents. They build websites and develop personal brands, collect leads on potential buyers, and even handle social media, advertising and newsletters. Often times, they’ll do all of that. The pitch is that AvenueHQ deals with busy work, allowing agents to focus on developing deeper relationships and doing the right research for each client.

AvenueHQ was founded in 2013 as ‘Realty Butler’ with Rebecca’s husband and current CEO Chris Troelstra. Rebecca’s road to tech co-founder is not a typical one, but she and Chris simply followed one golden rule: “What can we do that is helpful and scalable?”

Though the company is five years old, the last two years have proven most successful. Firstly, there was a big rebrand—the company became AvenueHQ in February 2018. In the early days circa 2013-2015, Rebecca and Chris were not exactly sure what they might do to help their clients, so Realty Butler worked for them. Five years later, they’ve zeroed in on their focus.

“We’re not your butler,” laughs Troelstra. ”There was a misalignment between the name and what we were doing. It felt a little dated and it wasn’t applicable in the startup community. The rebrand has defined us more solidly so we could dig into the idea of marketing for users.”

Rebecca is actually a trained chef and former owner of a successful catering company. During that time, she discovered her passion as a business owner, so she and Chris kept their eyes open for an opportunity to begin a new venture together. In the meantime, Rebecca took a job at a real estate brokerage recruiting agents to join the firm, and that’s where the inspiration for AvenueHQ emerged. Rebecca saw how much real estate solopreneurs had to balance at once and realized there was no platform to adequately address those needs.

The rebrand has been a huge success. AvenueHQ is currently hovering around 90 employees, a big jump from the roughly 18 they had two years ago. The company has more than doubled revenue in 2018 and is on pace to triple for 2019.

“Chris and I divide and conquer. The COO role takes on several different interpretations. It’s whatever you decide to make it.” – Rebecca Troelstra

“Chris is gifted at long-term planning, and I’m really good at the nitty gritty, as in ‘how does this all fit together’ type of operations,” she says. “This year I focused on how we carry out the client journey and how we offer the best experience to them. I always joke that I’ve done every job here except for developer.”

The operations officer role at any given company is one of the most fascinating, as it can vary widely based on size, scale, and expertise. Rebecca began her role drawing from previous sales experience and personally connected with clients. She knew the names and preferences of AvenueHQ’s first 100 customers. As the platform grew, her role evolved with it to better focus on how the company’s suite of account managers takes care of clients.

The company’s initial market focused only inside of Cana, launching in Vancouver, Toronto and Calgary, before spreading to every major market in the country. A major catalyst for the rebrand was AvenueHQ’s expansion into the U.S., which was announced at the same time.  Now AvenueHQ has customers in California, Oregon, Washington, Minnesota, and they are ready to launch in Connecticut. For 2019, the company plans to expand into three new markets each quarter.

A big chunk of this international growth occurred over the last year, a whirlwind one for Rebecca and her team. But expansion for AvenueHQ is not as simple as launching the platform in a new city. A typical person might just think it just involves reaching out to real estate agents in each new city and telling them about the platform–and that typical person would be wrong.

AvenueHQ must expand by reaching out to and liaising with real estate boards. There is no handbook on how to do this, and every single board is different from the one before it. AvenueHQ’s team will do some scouting, then offer workshops to brokerages in a new area, only in an effort to provide real tangible information to agents. There’s no selling pressure here, and employees will just gather to talk about managing Facebook pages and crafting newsletters.

From there, AvenueHQ will gather engagement numbers for a feel of general reception, then gauge whether or not they should jump in. Once they decide to expand, the real fun begins.

“Our engineering team is almost always walking in blind, and you don’t know what you’re going to get until an agreement is signed,” says Rebecca. “We have an emphasis on being data informed. There’s no unified source of data for real estate. We’re trying to develop that, but it can take quite a bit of time.”

“If you look at a lot of the changes over the past few years in real estate, there’s a lot of companies focusing on technology. It’s this crazy disjointed experience. Our ultimate goal is to make the individual realtor a better realtor,” she says. “We want to provide a full experience without them thinking they don’t have time for this.”

“Let’s make sure the realtor is becoming better at social media, newsletters and advertising as society also demands that these things work better.” – Rebecca Troelstra

Other tech companies are trying to revolutionize the space and entirely replace realtors. AvenueHQ is the opposite. Rebecca believes in a need for a personal touch and is trying to enable that by handling the digital work for each client, regardless of the brokerage or firm they work for.

Despite expanding into five new U.S. markets over the past year the international expansion was not the biggest accomplishment for Rebecca.

“As entrepreneurs, we have this responsibility, and really, the privilege to make the world a better place. Not just for clients but for people that work with you too,” she says. “From the beginning, it’s been important to me to create a workplace where people get to be themselves and also reach their full potential. One thing I’m proud of this year is that I’ve seen that duty leave my hands and grow naturally. There’s this trust and growth and excitement, and I’ve seen it morph into new people taking the helm.”

One thing a careful reader might notice is that some of the areas AvenueHQ has expanded into are what one might call “volatile” real estate markets. These are ecosystems—such as San Francisco, Seattle, Vancouver, and Toronto—where real estate prices balloon rapidly and the word ‘bubble’ is tossed around more often than escrow.

AvenueHQ was careful to address these kinds of concerns early on. That’s why one of the first cities they launched was Calgary. Rebecca had seen the model work in the fast-paced markets of Vancouver and Toronto and needed to know if it would survive in slower areas.

“We purposefully launched in Calgary about three years ago because the market was slow,” she says. “We wanted to prove it works whether the market is busy or not. It was something we wanted to know. Does this model work in only really busy thriving markets?”

“We learned it works really well in slow markets but the message is different. In busy markets, we take care of a lot of things that keep realtors busy, like websites and social media. In a slower market, we focus on making who you are as a realtor stand out.” 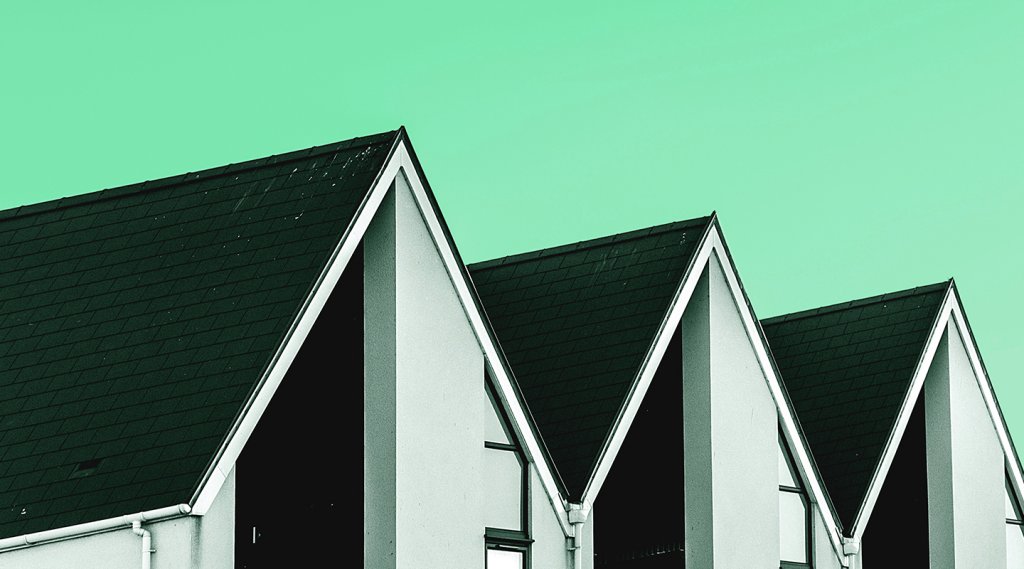 The quick pace of growth in each market AvenueHQ expands into caught the attention of investors. In late 2017, the company raised two separate rounds worth $2.35 million total from investors like TIMIA Capital and Pallasite Ventures. But the bigger round came in May 2018, when it was revealed that AvenueHQ picked up $4.5 million.

Part of that $4.5 million came from BDC’s Women in Technology Fund, a $200 million venture pool created to champion women-led businesses. With Rebecca clearly growing the company to new heights as co-founder and COO, she and AvenueHQ were a clear choice.

“The Women in Tech fund, what it’s doing for Canada is that it’s giving an equal playing field to women when it comes to these larger seed rounds. Sure, there are fewer women out there raising capital, but when they do raise, it’s smaller rounds.”

“We were really able to see the confirmation and prove that this little thing that we’ve been working towards made sense.” – Rebecca Troelstra

On the heels of that announcement, Rebecca took part in a Salesforce-hosted panel in Vancouver this past fall called FemaleForce. Five leading entrepreneurs came together to both champion the fact that one-third of small businesses are led by women, but to also show that there’s still lots of room for more women to come forward to disrupt and innovate.

Rebecca has a tie to FemaleForce obviously due to her status as a leading woman in Canadian tech, but also because AvenueHQ integrated Salesforce into their company in May 2018. As the company grew internationally and entered new markets each quarter, their information grew more fragmented. To add more confusion into the mix, the sales teams were previously relying on different software and best practices to manage leads. This led to AvenueHQ not being able to offer the best client care they could, which was not an acceptable tradeoff for growth. Salesforce was the perfect fix.

“Salesforce has made a huge difference to our team being able to identify early warning signals or areas of opportunity and move more quickly on decisions because the data is easily available,” explains Rebecca. “We also are able to provide a fuller client experience because we have a unified platform that allows us to track a client’s entire history now.”

Rebecca has helped take AvenueHQ to new levels of growth, but there’s still a lot of work to be done. In a market where the company has operated for a while, they will have anywhere between two and three percent of a real estate board as clients. With 120,000-plus realtors in Canada, there is a lot of ground that AvenueHQ can still cover.

There’s always new U.S. boards to work with as well. Each one is different—some boards value leads above everything else, while others value digital reach. A lot of work goes into crafting a personal touch.

Next time you’re looking for a new home to buy and get in touch with a realtor, take a second to admire how they fit all of their normal work in while still personalizing everything for you. Be thankful for your agent, because there’s a good chance that agent is thankful for AvenueHQ.

Techvibes is the official Media Partner of Salesforce FemaleForce.