Nielsen has released its latest report on the music industry and the results should come as little surprise: streaming is up while physical sales are down.

According to the midyear report, on-demand audio streaming—which includes podcasts—is up 62% over the midway point last year with a total of 184 billion streams compared with 113 billion streams by the same time last year. 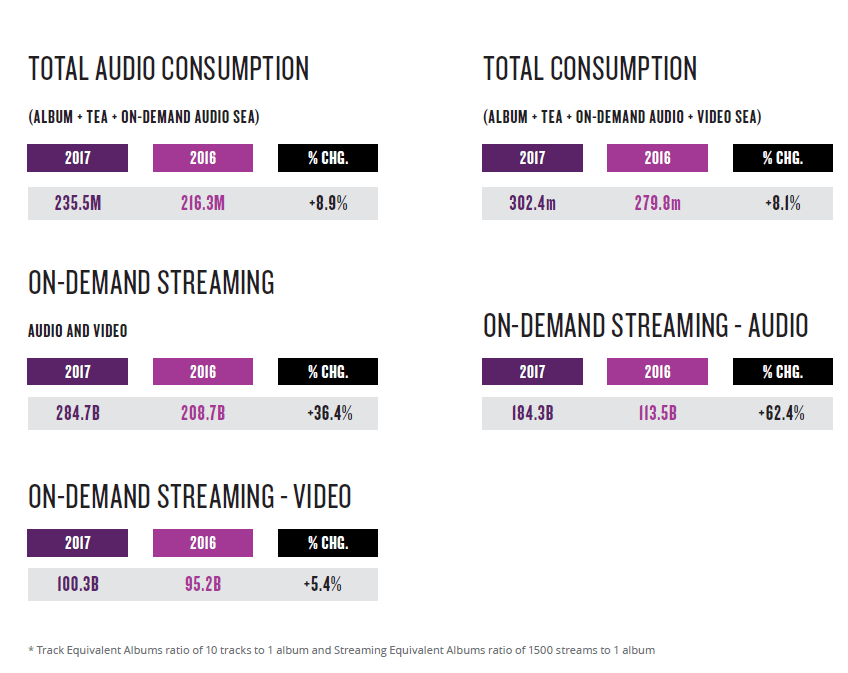 But music remains big business: total music consumption is up 9% over 2016.