Apple’s annual Worldwide Developers Conference traditionally focuses on the software side of things. This year is a little different.

In addition to an updated MacBook and iMac lineup—including the all-new iMac Pro—Apple also upgraded its iPad Pro range, including a new form factor for the smaller version.

The screen of the smaller Pro is now 10.5 inches, up from 9.7—which translates to 20% more screen space. But thanks to 40% less bezel along the sides, the device is virtually the same dimensions, and retains its one-pound weight. 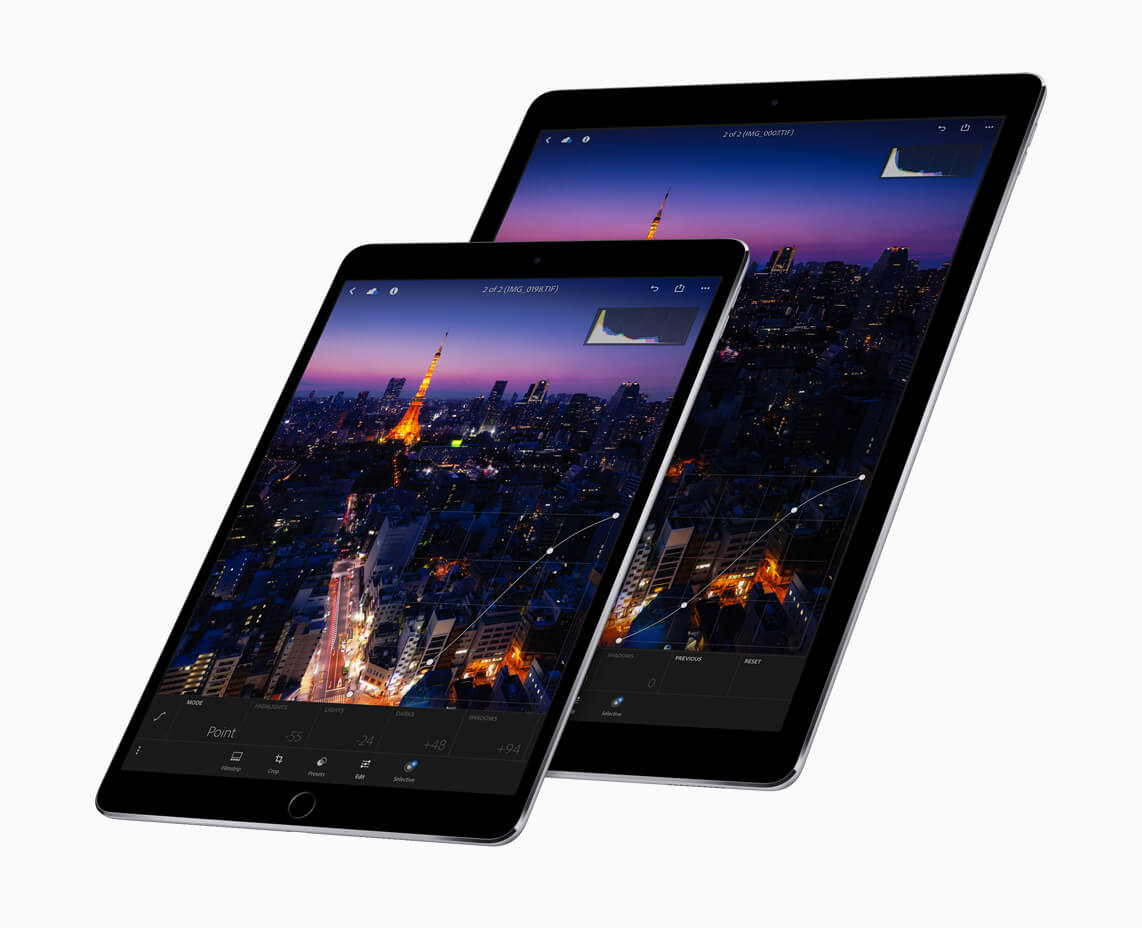 Both iPad Pros feature improved displays, as well as Apple’s A10X Fusion chip. Their battery life remains an estimated 10 hours. Their cameras are getting a boost: a 12-megapixel rear-facing iSight camera an a 7-megapixel front-facing FaceTime camera.

“These are by far the most powerful iPads we’ve ever created with the world’s most advanced displays featuring ProMotion, the powerful new A10X Fusion chip and the advanced camera system of iPhone 7,” said Greg Joswiak, Apple’s vice president of Product Marketing. “Together with iOS 11 these new iPad Pro models will radically change what users can do with iPad.”

The new iPad Pros, which come standard with 64GB base storage, start at $650. They can be preordered immediately and will ship next week.

iOS 11, which will include several iPad-specific features, will become available as a free upgrade in the fall, according to Apple.