Market research firm Quid has compiled a list of early-stage startups with high potential based on data points it believes effectively determine a young company’s trajectory.

Out of 50,000 companies, Quid chose just 50, which can be viewed in full on Bloomberg. The list includes Vespr out of New York, SafeBreach in Tel Aviv, and Kahuna from Silicon Valley. 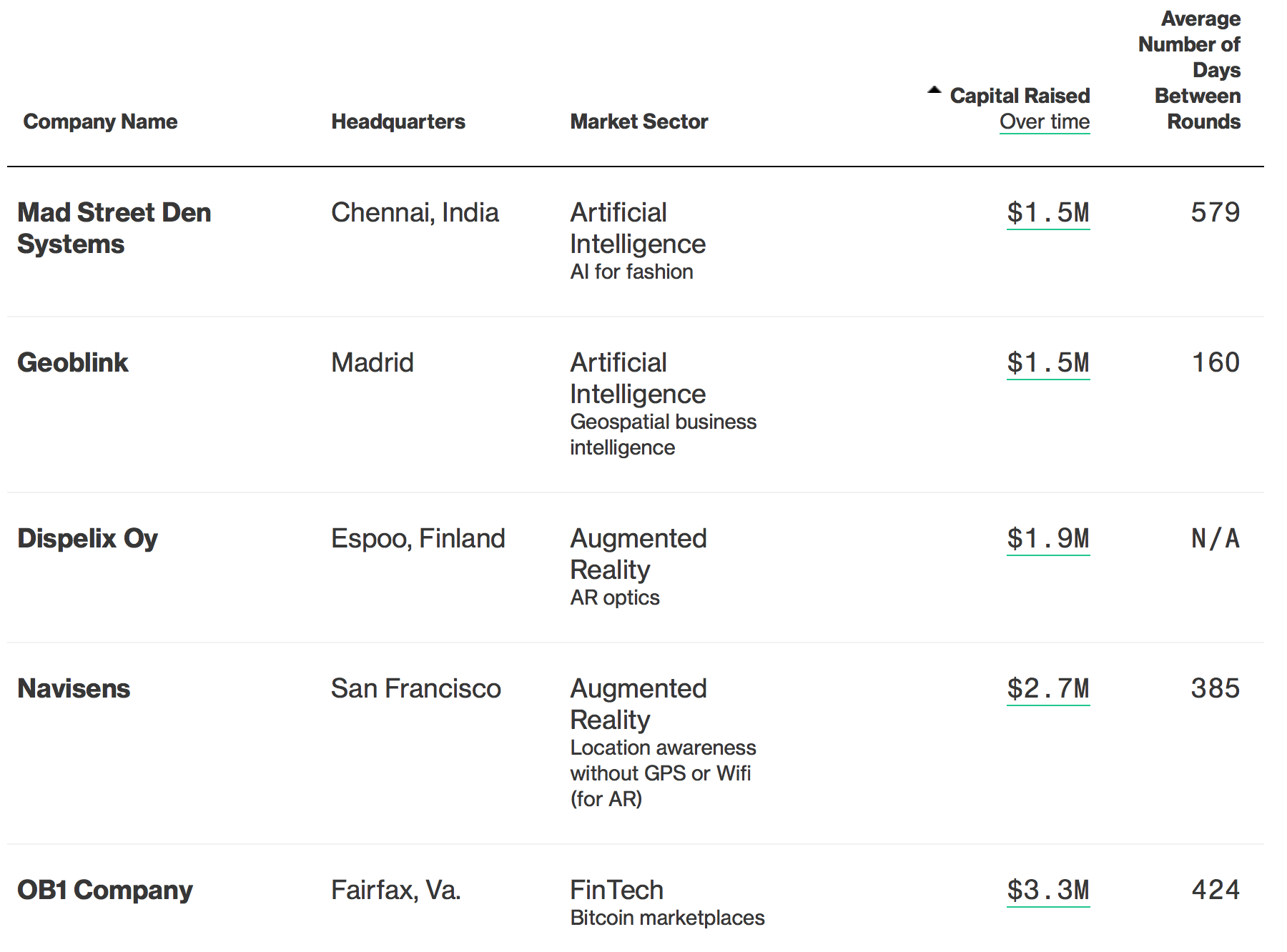 This is not Quid’s first rodeo. The company attempted a similar feat in 2009, and its list back then—which included the likes of Evernote, Twitch, and Spotfify—would have been “one of the best-performing [venture capital] funds of the last two decades,” according to Bloomberg.

Interestingly, the sector represented on the list that has drawn by far the most capital is online security and fraud detection, followed distantly by artificial intelligence and then autonomous driving and mapping technologies.

Announcing the Winners of the Sixth Annual Canadian Startup Awards