According to a new study released this week by Netflix, 46% of streaming couples around the world have “cheated” on their significant other—but it’s not what you think.

Defined as “watching a TV show ahead of your significant other,” so-called “Netflix cheating” was first uncovered in a study in 2013. Four years later, cheating has increased three times and has become a common behavior around the world.

This behavior only continues to grow: 60% of consumers say they would cheat more if they knew they could get away with it. And once you cheat, you can’t stop—81% of cheaters are repeat offenders and 44% have cheated three or more times.

In Mexico, 58% of streaming couples have cheated; in the Netherlands, just 27% have cheated. In Canada, 37% have. The most tempting shows include The Walking Dead, Breaking Bad, Bates Motel, Stranger Things, and House of Cards.

Cheating comes in many forms. Netflix has created a series of assets to help explain the phenomenon. For example, Cheating Profiles highlight the most common types of offenders lurking in households around the world. 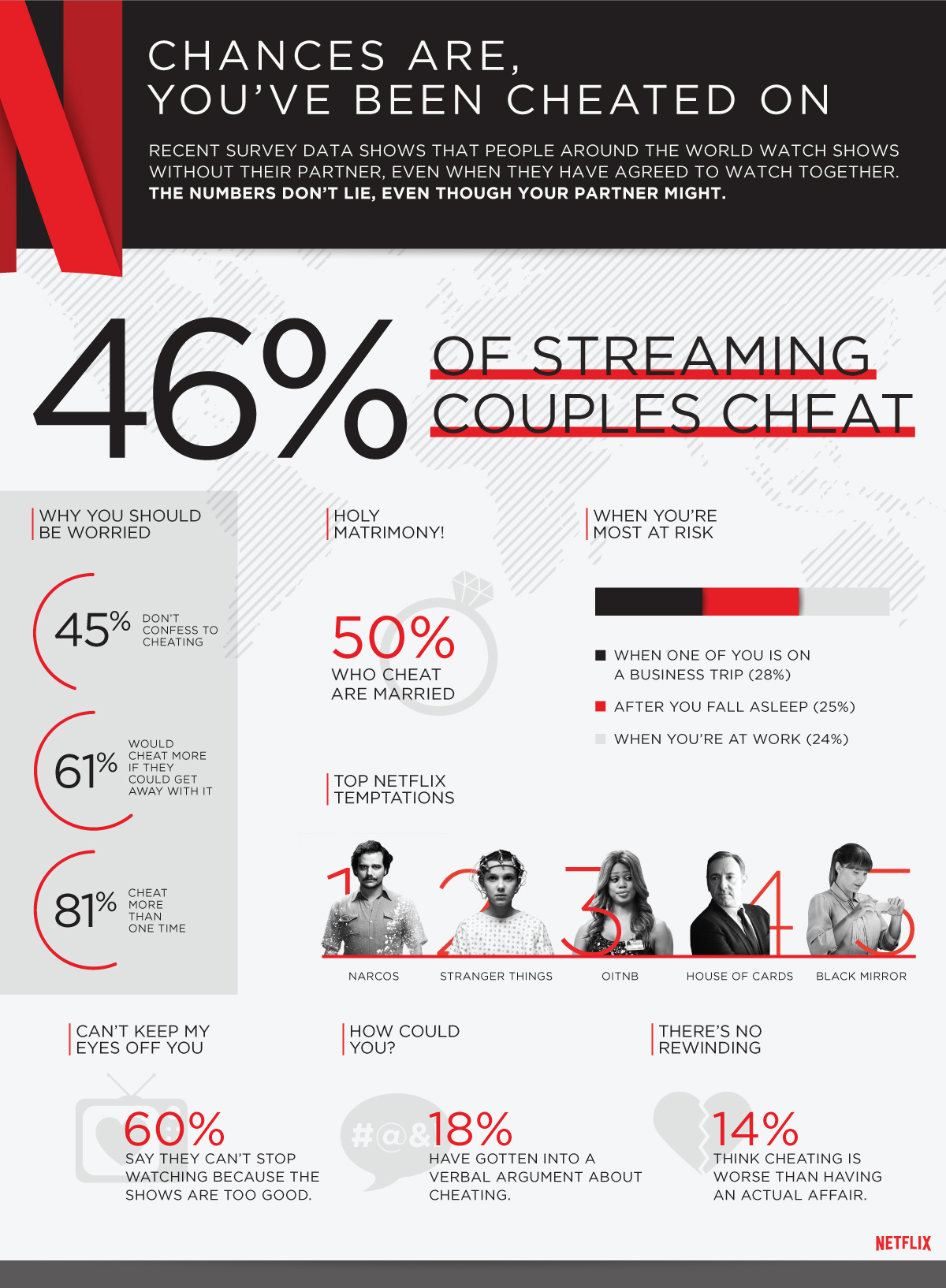