Sketchfab, a digital community for creating 3D and virtual reality content, has released a report on the state of VR.

Based on data from Sketchfab’s platform of over 700,000 contributors and one million scenes in VR, the report details trends observed within the industry, related to content and the future of VR.

“With over a million scenes covering every imaginable subject matter viewable with a Virtual Reality headset and a very active community we’re uniquely positioned to provide a perspective on the current state of VR,” said Paul Chambers, Communications, Artist Evangelist, Sketchfab.

The majority of the surveyed population (54%) believes that VR has potential, but may not be the “end-all be-all” solution, according to the report. 43% believe that VR is, in fact, the future. A small portion of the audience (3%) believes VR is just hype.

Contrary to Apple CEO Tim Cook’s stance, the majority of respondents 64% are more interested in the potential of Virtual Reality than Augmented Reality.

69% of respondents don’t own a headset because of cost issues, by far the biggest reason. 30% of the survey respondents believe that the technology isn’t quite ready, and 23% of respondents feel that there is a lack of quality content.

The most popular headset, not surprisingly, is the cheapest: Google Cardboard. The HTC Vive and Samsung Gear VR are distant second and third. Overall though, the Vive is a consumer favorite.

Users most enjoy VR to explore new environments, according to the report, with gaming a popular second choice, followed by content creation in third. Gaming is expected to be most disrupted by VR, followed by education. 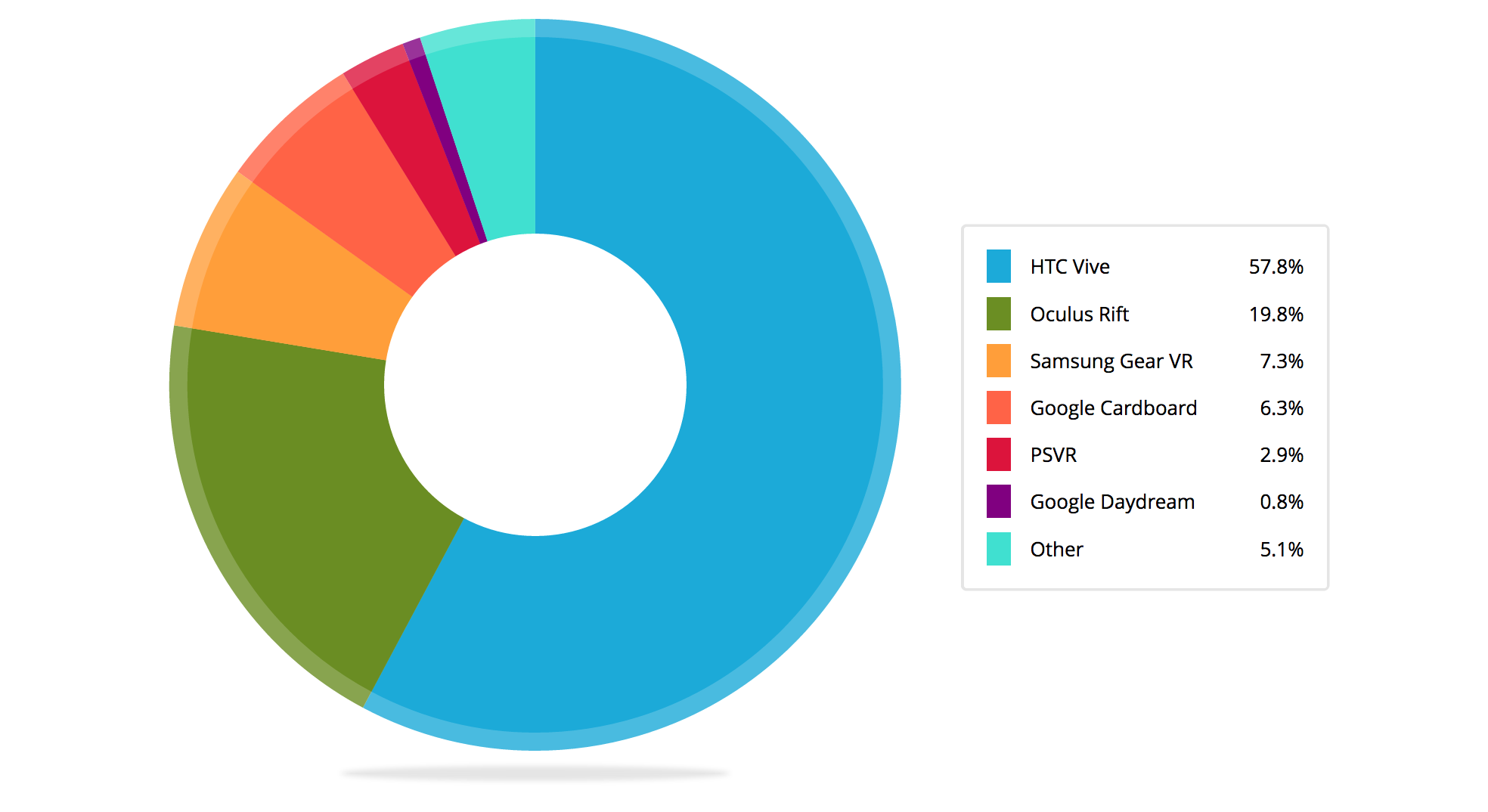 The future of VR seems bright, with many respondents eager to acquire a VR headset this year.

“With almost 50% of our survey respondents planning to buy a headset in 2017 we’re anticipating a big growth year,” Chambers noted.