UPDATE: Shafin Diamond Tejani won the Angel of the Year Award for 2015 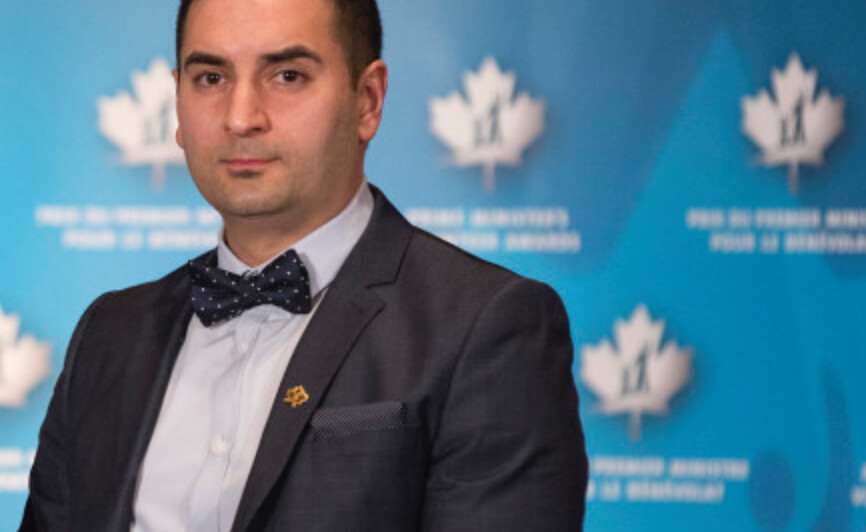 Shafin Diamond Tejani might be one the finalists for Angel Investor of the Year at the Canadian Startup Awards but he says his biggest accomplishment of the past year wasn’t investment related. It wasn’t even business related. It was the birth of his daughter.

Balancing two kids and Victory Square Labs, the venture-building company Tejani co-founded, wasn’t easy, he says it was a matter of survival. Yet he still managed to put his kids to bed every night.

For Tejani, being recognized as an investor is a testament to the people around him.

“I’m surrounded by amazing people, I got an amazing group here at Victory Square Labs and I think it’s a testament to all the great entrepreneurs,” he says. “There’s just been so many good ideas and good entrepreneurs that I’ve had the fortune of coming across.”

Tejani, who founded his first company at 19, thinks of himself as entrepreneur not an investor. He says it’s in his blood, his father was an entrepreneur as well and as an Ismaili Muslim, entrepreneurship is part of the culture.

“I’m a trenches guy, I want to get my hands dirty,” he says. “I’m an entrepreneur through and through.”

When he’s looking for investments, Tejani says he’s looking for deals where he can play an active role. He calls it TKM, or time, knowledge and money. For Tejani it’s a way to mitigate against risk, by helping inexperienced entrepreneurs and finding synergies, like distribution channels between portfolio companies.

When it comes to tech startups, Tejani says he’s always looking at the entrepreneur behind them.

“What I really see as difference-makers is the operator, so the entrepreneur, his or her game plan and the team that he or she puts together, don’t get me wrong, the tech is important but sometimes the operator is like that secret sauce,” he says.

He says he’s even invested in ideas he didn’t like at first, just because he was impressed with the tenacity of an entrepreneur.

Increasingly, Tejani’s portfolio is looking more diverse. While the majority of his investments are in the web, mobile and gaming spaces, one of the investments Tejani says he was most proud of in 2015 wasn’t a tech startup, it was a film.

“It was a documentary by a local film producer,” he says. The film looked at a school in India that was set up to give a high-quality education members of the Dalit, or untouchable, class.

So far, the school has been a success, giving children career opportunities they wouldn’t have had without it. It’s a message that resonates with Tejani.

“I’m a big believer that education is the best tool to break the cycle of poverty,” Tejani says.

The film was also a success – winning an award at the HotDocs festival.

“That wasn’t something where we were looking to make crazy returns, it was an amazing story by an amazing filmmaker and I wanted to make sure that story got told and seen,” he says.