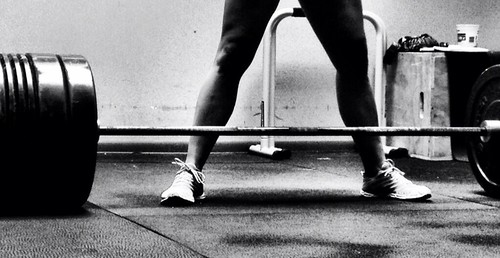 Most people in the technology industry are already working their brains, but intellectual exercise alone may not be enough to fight off the affects of aging, a new Canadian study shows.

According to Teresa Liu-Ambrose, a professor of physical therapy and director of the Aging, Mobility, and Cognitive Neuroscience Laboratory at the University of British Columbia in Vancouver, lifting weights at least twice a week reduces brain shrinkage over time.

As early as middle age, brains begin developing holes or lesions in their white matter, which over time negatively impact our cognitive skills. Some studies have showing that aerobic exercies, like walking, and slow this progression in some cases among older people—but crushing iron in the gym appears to have a potentially much more dramatic effect, especially for younger adults.

The women in the control group, who had concentrated on balance and flexibility, showed worrying progression in the number and size of the lesions in their white matter and in the slowing of their gaits. So did the women who had weight trained once per week. But those who had lifted weights twice per week displayed significantly less shrinkage and tattering of their white matter than the other women. Their lesions had grown and multiplied somewhat, but not nearly as much. They also walked more quickly and smoothly than the women in the other two groups.

Weight training “can beneficially change the structure of the brain,” reads the NYT. However it is important to note that “a minimum threshold of exercise needs to be achieved,” according to Dr. Liu-Ambrose.