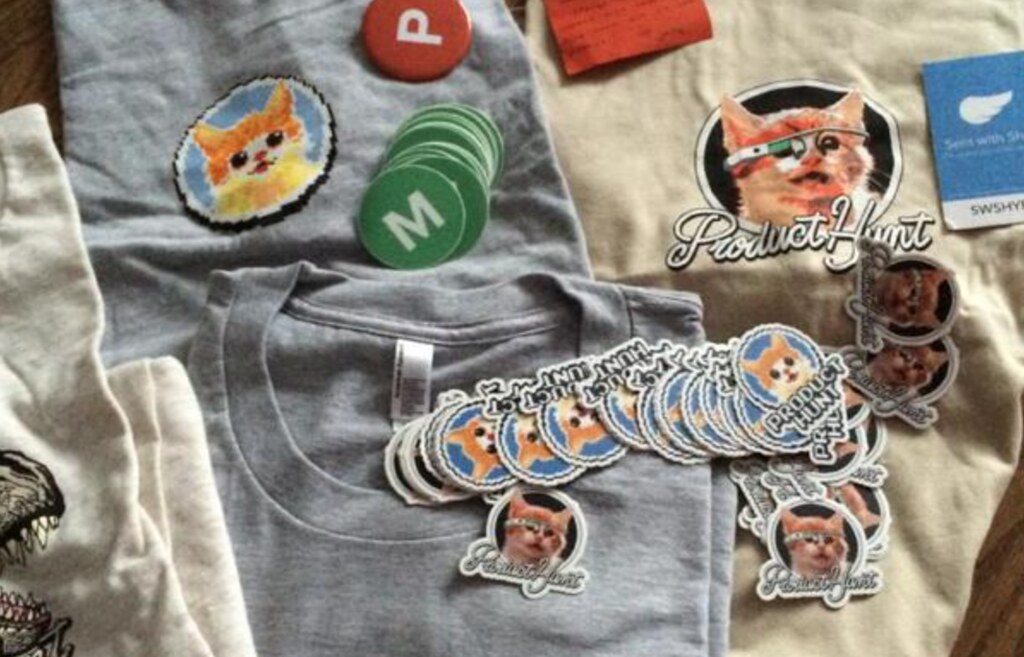 Ottawa’s product makers and startup founders who presented throughout the year networked on the rooftop of KPMG’s offices at 150 Elgin Street, a building which also houses Ottawa ecommerce giant Shopify.

The event also served as an opportunity to recognize a few of the city’s top-performing startups.

“We’re a unique company in Ottawa and it’s nice to get some local recognition,” says Salamunovic. He adds that PopKey has been working with ProductHunt Ottawa from the beginning, which has gotten them valuable exposure across the entire platform. PopKey is currently ranked the number one iOS8 keyboard.

“Most Successful Product Launch” was awarded to Wipebook. The low-tech reusable whiteboard notebook began as a class project. After about a year, co-founder Frank Bouchard decided to launch a crowdfunding campaign, which raised over $400,000.

“Frank decided to launch a Kickstarter campaign, and it went viral. We kind of had this roadmap of milestones that we wanted to hit to in order to leverage them,” says cofounder Toby Maurice.

The huge success of the Kickstarter campaign led to an appearance on Dragons’ Den, which then spurred a successful pilot with Staples. Maurice says that the Wipebook will be sold in 122 Staples stores across Canada, and it will also be offered at Walmart.

Gymtrack offers wearable devices that log the metrics of an exercise routine. It sends the information (in real-time) to an app on the user’s mobile phone. It won the prize for “Most Industry Disruptive.” Cofounders and co-CEOs Pablo Srugo and Lee Silverstone agree that ProductHunt Ottawa is a valuable platform for founders.

Srugo says, “I find Product Hunt does really well in terms of getting the community vibe together.” Silverstone adds that it was “really cool to talk about the product and how the story came to be.”

Their story is an uncommon one – they met Dave McClure, founder of 500 Startups, who offered them a spot in the accelerator. Within a few days they flew to Silicon Valley to join the program. This provided a solid foundation for the company but they’re keen on remaining in Ottawa.

“We have our reasons to be here – the people are great and the talent pool is amazing,” says Srugo. Main organizer Angel says that he’s extremely proud of Ottawa’s tech community for thinking big. “When you look at the size of the town, the ideas that have come out of here – it’s a new generation of tech in Ottawa.”

Angel stresses that community building is paramount. He says that ProductHunt Ottawa (disclosure: I work for L-Spark, a sponsor of ProductHunt) attracts investors, mentors and people who are willing to help entrepreneurs.

“Everyone in Ottawa has come to realize the key for us as a community is to be highly collaborative.”