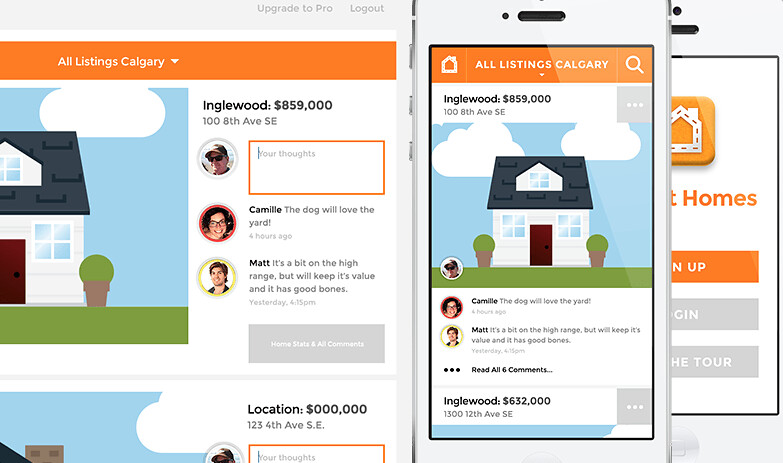 A pair of Calgary entrepreneurs have launched Pocket Homes, a new home-buying app described by its founders as the “Tinder of real estate.”

The thumb-friendly, yes-no swiping interface Tinder introduced has taken the app world by storm and developers are starting to catch up.

According to CEO Matt Diteljan, though, Pocket Homes appears to be the first of its kind in Canada.

“We know there are other apps doing similar things south of the border,” said the 25-year-old serial entrepreneur. “But real estate in Canada has it’s own set of rules. As far as we know, we’re the only ones doing it here.”

Rather than having users spend time emailing properties back and forth, or searching through homes they’ve already seen, Pocket Homes’s Tinder-style interface speeds up the search.

A home that is liked is instantly shared with other members of the users group, say a spouse, close friends or family. Group members then choose to like or reject and comment on what they thought.

“We see our users as just getting comfortable with the idea of a buying a home. Pocket Homes makes the process a lot less daunting and allows people to quickly get opinions from the people they want to hear from,” said Diteljan.

The free app is available for download from the Apple Store and Google Play. Currently listings are only available in Calgary.