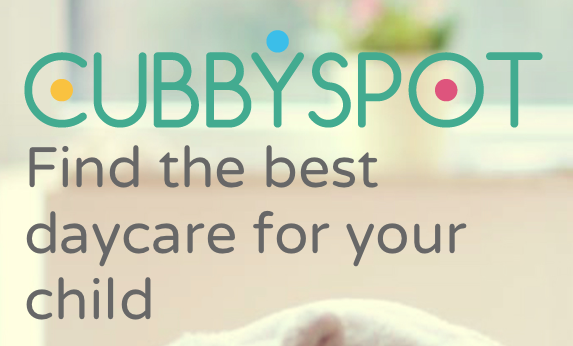 When Regnard and Liza Raquedan immigrated to Canada from the Philippines, they had no idea they’d become two of Toronto’s most innovative entrepreneurs.

Though their daycare-locating app CubbySpot will officially be released in August, the idea came to the couple years ago, when the announcement of his wife Liza’s pregnancy posed an unexpected problem for the tiny family.

“People say that once you know you’re pregnant, you have to start looking for daycares. We found this nice daycare that’s really close to our home and we signed up for the waiting list. We were told to wait for a few months. Then, one month before we were supposed to start, we got the call,” said CubbySpot CEO Regnard Raquedan.

Their spot was no longer available, leaving them one month before their daughter was born to seek out a new daycare. Though Elise was born in 2013, the now family of three was forced to endure six months without a daycare for their daughter. Eventually finding a place for her, albeit not their first choice, they wondered whether they were the only ones to encounter this issue.

“We realized this was crazy. We talked to our friends, we ran some surveys of maybe 100 parents and they all came back the same. Finding available daycares was hard. There’s some information online but it’s very fragmented and not very useful,” said Raquedan.

Faced with a gap in the childcare market and armed with an idea to fill it, the Raquedans found themselves at the front doors of the Toronto Founder Institute. At the end of the four-month program, CubbySpot was born. The Raquedans had turned their frustration with childcare services in the into a mobile app that allows parents find the best available daycare for their child while giving care centres the means to quickly fill vacancies.

“I am familiar with starting a business. Back in the Philippines I did start some smaller online businesses, but it’s more about knowing what’s happening here in Toronto. They reviewed who to talk to when it comes to funding, incorporating, and other building blocks. The start-up market has got help here,” said Raquedan.

The Founder Institute, the world’s largest entrepreneur training and startup launch program, mentored the Raquedans through the several phases of launching a successful business. These efforts eventually led them to submit an application to the GIST Tech-I Competition.

Months later, being the only Canadian startup still to make it past two preliminary stages, the team has taken CubbySpot to the final round of the competition, to be held in Nairobi, Kenya. Hosting the competition is the AAAS (American Association for the Advancement of Science), who this year received a record 790 applications from 74 countries around the world. After two days of intensive training, the winners of GIST Tech-I Competition will receive grant money to help launch their company, one-on-one mentorship and professional training. However, Regnard and Liza care more about making the lives of their fellow parents a little bit easier.

“For us, it’s really more to validate what our idea was. If there are any awards, that’s good. If there’s any recognition, that’s good, but if parents can find a spot for their child and daycares can get their spots filled, that’s a success for us,” said Regnard.

Securing a spot in a Toronto daycare is no small feat. According to an article published in the Globe and Mail in 2012, the demand for daycare spots in parts of Toronto far outnumbers the supply and the majority of daycares don’t publicize when they’ll be accepting new applicants. Earlier this year, the National Post published a piece claiming that the problem doesn’t lie in availability but in publicity. “That there are daycare vacancies anywhere is a well-kept secret,” stated writer Andrea Mrozek, making it more difficult for parents to access services without enduring the hassle of long, tedious wait lists.

The Raquedans want CubbySpot to bridge the communication gap between parents and daycares to smooth out the bumps both parties encounter during the process. Eventually, the couple hopes to expand their product to include other children’s services, allowing them to maintain long-term business and cultivate a relationship with their users.

The app will be available for download on iOS and Android in August 2015, and with over 100 pre-registrations, the Raquedans are confident that CubbySpot will take off quickly.

“Our startup itself is not life changing or earth shattering by any means but we just do one thing well. With so many apps, having a Swiss knife of an app really isn’t as powerful as having something like this. It’s very specific, but we plan to be very good at it.”