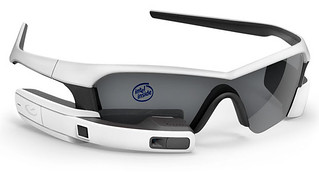 Today Intel announced that they have indeed acquired the intelligent wearable technology company which builds heads-up displays and other products for sports and intense environments.

While financial details on the transaction were not announced today, word on the street is that the acquisition price is upwards of $175 Million.

The acquisition is a natural fit for Intel. In late 2013, Intel’s investment arm, Intel Capital, made a “significant investment” in Recon. The funding supported Recon’s product development, marketing, and global sales expansion.

“In Recon Instruments, we see compelling technology and a solid strategy to capitalize on the wearable revolution,” Mike Bell, Vice President and General Manager of the New Devices Group at Intel, said at the time of their investment.

Recon has been quietly and successfully cornering the sport and outdoor wearable HUD market since its first product launch in 2010. CEO Dan Eisenhardt credits their triumph to specializing in active users, as opposed to trying to make a mainstream device for everyday use.

“We’re at the top of the food chain,” Eisenhardt told Techvibes last year. “We have processing and display capability in real-time, and we also connect to any device out there through [many wireless technologies].”

The technology behind Recon Instruments’ products was born in September 2006 from an integrated MBA project undertaken by co-founders Dan Eisenhardt, Hamid Abdollahi, Fraser Hall, and Darcy Hughes at the University of British Columbia.

Formally incorporated in January 2008, Recon moved from UBC to it’s current location in Yaletown. As of today’s announcement, Recon is still led by CEO Dan Eisenhardt and CTO Hamid Abdollahi.

Since inception, Recon has raised $17 million over three rounds from a combination of venture capital firms and technology companies.

In 2012, Recon received $10 million in Series A funding from Vanedge Capital and Kopin Corporation. In 2013, Intel Capital announced that it had invested in Recon. And most recently in 2014, Motorola Solutions announced an investment in Recon.

Looks like Inc was right to name Recon a startup to watch in Canada. And the good news is that according to Eisenhardt, they’ll be staying in Vancouver and are currently hiring. Techvibes has also learned that all Recon employees at the time of acquisition have accepted new employment contracts with Intel.