Reinventing fried chicken in the digital age requires an overhaul, but KFC is ready. All a customer needs to do is ask, and the Colonel will deliver.

“Alexa, ask KFC Canada to reorder” is the start of new conversations customers can have to reorder favorites from local KFC locations. This comes on the heels of a Chicken Talk skill that was launched in 2017 (which starts with “Alexa, talk chicken to me”) that lets customers play chicken trivia games and have poultry-filled conversations with the Colonel.

Dr. Matt Wood, Vice President of Artificial Intelligence, AWS said “we extended Amazon Polly… to incorporate a spicy Southern accent and speech patterns that are consistent with the world-famous persona of Colonel Sanders.”

KFC’s global chief digital officer, Ryan Ostrom, says that the brand opens a restaurant every six hours. KFC is behind only McDonald’s and Starbucks in global brand value and has made a concerted effort to reinvent the customer experience and make it as convenient as possible.

KFC’s digital transformation has been four years in the making and includes digital fencing to help “own the point of hunger”, buying buckets of fried chicken with bitcoin, and using Google glass to train more remote employees and ensure quality. 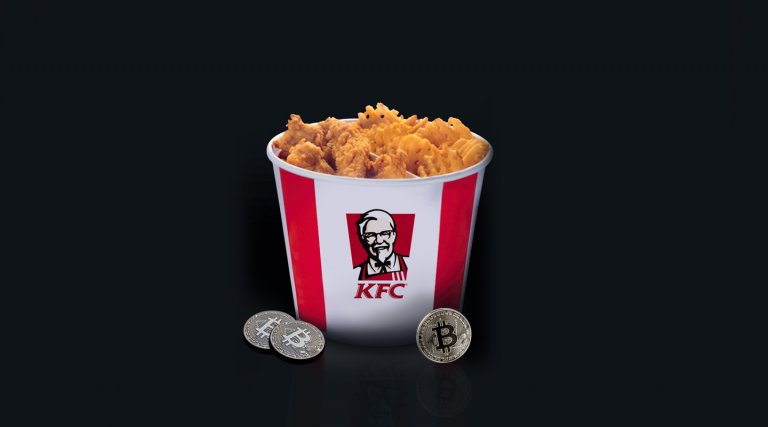 KFC Canada Wants You to Buy Chicken With Bitcoin