In October Shopify announced that it has surpassed the “1 million merchants” mark, now just a few months later, the Canadian tech scaleup announces massive expansion plans, holding true to their commitment to growth.

The Vancouver office will be Shopify’s first in the city. A 70,000+ square foot, custom-designed space where employees can thrive and strengthen the local economy.

“We chose Vancouver because we’re a proud Canadian company, and we see it as a hub for great talent and potential for continued growth, ” Shopify wrote in a press release.

“As with our other Canadian offices, we look forward to opening our doors in Vancouver to host technology and entrepreneurship events in our space, free-of-charge, as well as work alongside Shopify’s merchants and partners in British Columbia to strengthen the local economy.”

Shopify currently employs more than 4000 people around the globe, making its announcement of hiring 1000 in Vancouver alone quite substantial.

“We see a lot of growth happening in Vancouver, but we believe we can offer something different. We’ll be solving real and complex problems that matter to the entrepreneurs we support. The team will be shaping products from scratch to help over one million businesses around the world, and their hundreds of millions of customers,” said Lynsey Thornton, VP of UX at Shopify, and the new lead for the Vancouver office.

Shopify was founded in 2004 and over the past 16 years has grown to become one of the most widely used e-commerce and retail point-of-sale systems. Known for its easy-to-use interface and build-it-yourself design, Shopify’s global economic impact is massive. Shopify merchants contributed $183 billion in global economic activity from 2016 – 2018 and broke records with over $2.9 billion in worldwide sales over Black Friday/Cyber Monday weekend.

The range of merchants that use Shopify’s platform is diverse and includes giant like Budwiser, Tesla, Sephora, and Kardashian superbrand Kylie Cosmetics. More locally in BC, the company made headlines with the announcement that they were to run the province’s online cannabis sales.

Shopify’s Vancouver office is set to open in late 2020 and will be located at Bentall Centre, Tower 4 (1055 Dunsmuir St). 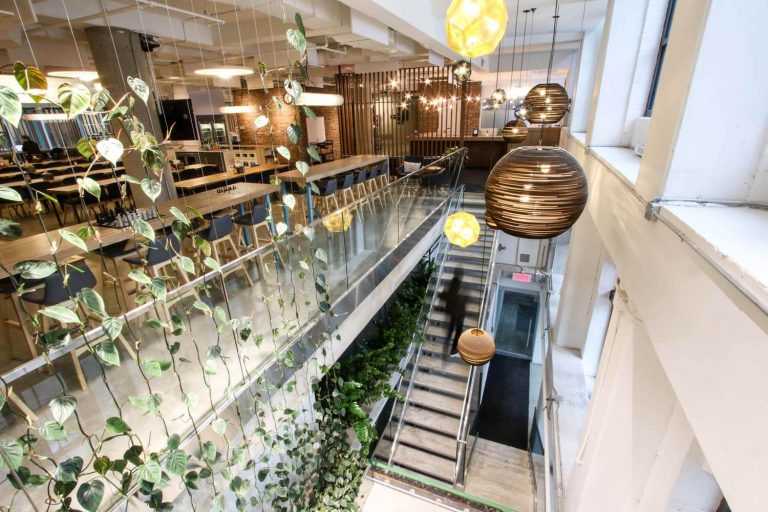