International Women’s Day came and went yesterday, and though it was great to see a massive amount of solidarity and amazing initiatives launched, the push for keeping equality front and center often loses steam far too quickly.

Enter Jodi Kovitz and her Move the Dial organization’s new Stories initiative. Kovitz wants 10,000 women in technology to tell their stories before the end of 2018. This means tales of courage, success, visionary insight and more, all with the intent to push for and stand with the small (but growing!) percentage of women in the tech world.

“It’s very important to shine the light on the incredible talent in tech that happens to be women in order to help achieve our mission,” says Kovitz.

And what better way to do that then having 10,000 women shoot videos highlighting how they are making a difference in the tech ecosystem?

“The impetus behind 10,000 stories is to encourage people to jump into it, join us and set up to tell their stories,” says Kovitz. “It’s for the women to understand that each woman and each individual has a meaningful story to tell, and we want her to share it.”

The idea for Stories came from the huge amount of outreach Kovitz has seen from her Move the Dial movement so far, whether it be through organizing events to empower women in the industry or publish reports showing glaring gender gaps—one of which is that women only make up five per cent of CEO roles in tech. So many women wanted to reach out and help, but beyond a hashtag and showing up to events, it was sometimes tough. That’s where Stories comes in. 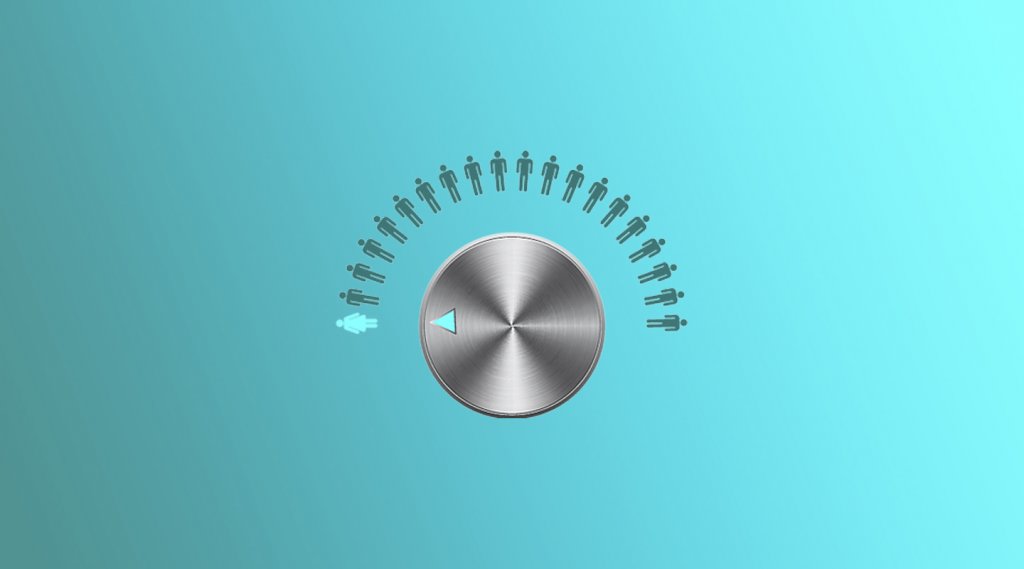 Kovitz is a staple at many tech events not only in Canada but the U.S. as well, and she mentioned a few she recently attended where influential women shared their own tales of triumph in the tech industry and how they got to where they are.

“The entire room connected through the power of their vulnerability and authenticity,” explained Kovitz. “Our approach with Stories is all about humanity and showing up as our authentic selves with this value of abundance at the center of it. That is what I’m trying to create with this vision of 10,000 stories in 2018, to build that connection and those relationships amongst people in tech.”

But, as any woman will attest to, being in a male-dominated industry can often lead to stories with more negative and adversarial connotations than successful ones. Move the Dial’s Stories will never turn down a woman or ally wanting to share their story of overcoming adversity because authenticity is the name of the game here.

“This is a powerful moment in time,” explains Kovitz. “Between #MeToo and Time’s Up, we can take a huge step forward. Time is up, so now what? We move the dial. We do that by taking proactive positive steps to inspire and connect. We take this moment and we use this energy to direct it to a positive place.”

Still, telling 10,000 stories is a pretty lofty goal, especially for an industry like technology where women aren’t nearly as well-represented when compared to their male counterparts. Kovitz isn’t worried one bit though.

“It truly is organic. You start with a few people, then a few more people at a time, and see how it goes,” says Kovitz. “I’m optimistic that we’ll be in a position where more will see what we’re doing, and they will stand up, engage and share their stories. Then it will all catch fire, and I believe 100 per cent we will have 10,000 by the end of 2018.”

A few stories have already been told, including tales from Jennifer Couldrey, the executive director of The Upside Foundation; Dayana Cadet, a content specialist at Hubba; and Lily Tse, founder and CEO of Think Dirty.

Move the Dial has plans to launch a partnership with Plan Canada to bring their incredible work into the STEM sector as well. The goal for Kovitz and the 10,000 stories is to ultimately have a mosaic on the website that will show what all people look like in their human stories. If you want to take part, check out the site or just get that camera ready and start recording.