New Year’s Day was the most popular day to stream Netflix in Canada, kicking off what would become a record-setting year, according to new data from the streaming service.

In 2017, Canadians were crowned the global leaders when it comes to Netflix binge racing–a term that describes speeding through a full season in less than 24 hours after the show’s release. Netflix has found that Canada is also one of the top countries for binge-watching, ranking second globally for having the most members to watch shows back-to-back-to-back on Netflix every single day.

One of those dedicated viewers in Canada had a certain fondness for a fantasy series about a ring. Whether they are obsessed with Middle-Earth or simply left the film on for their dog, one Canadian watched Lord of the Rings: The Return of the King 361 times in the past year. With only the extended version hosted on Netflix, the trilogy’s finale clocks in at 4 hours and 23 minutes. They were edged out by one global user in particular who watched Pirates of the Caribbean: The Curse of the Black Pearl 365 days in a row—impressive or obsessive?

Netflix broke down what newly released shows were ‘devoured’ by Canadians this year, defined by shows watched for more than two hours a day, and what titles streamers ‘savoured,’ watching for two hours or less in one sitting.

In Canada, the top five shows Netflix users devoured were Greenleaf, American Vandal, Suburra: Blood on Rome, Gilmore Girls: A Year in the Life, and Ingobernable. 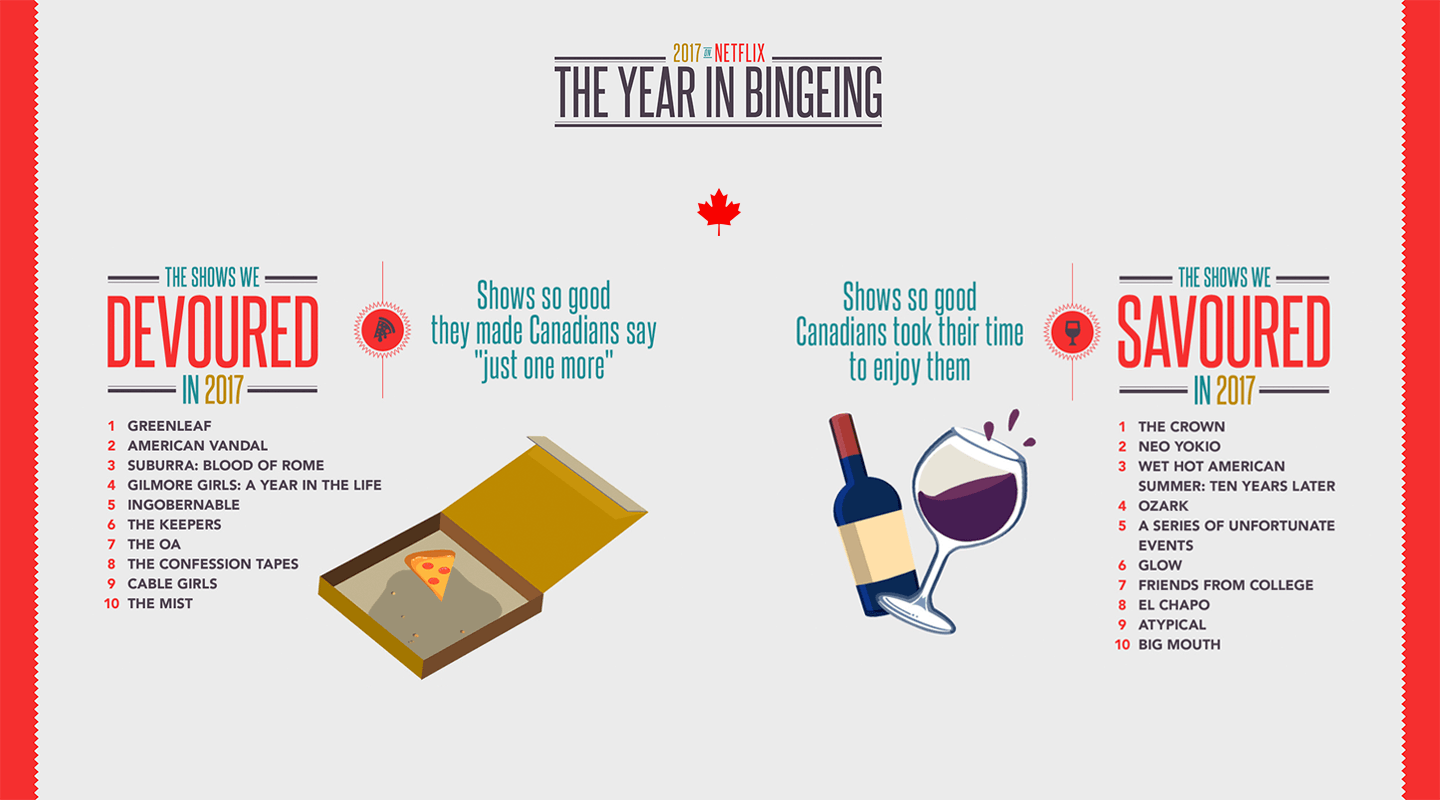 The streaming service also surveyed Canadian Netflix streamers to find out what shows they watched ahead of their partners, proving the highly anticipated new season of Orange is the New Black was just too addictive to turn off. When Canadians did watch together, the most popular shows were Stranger Things and Riverdale. 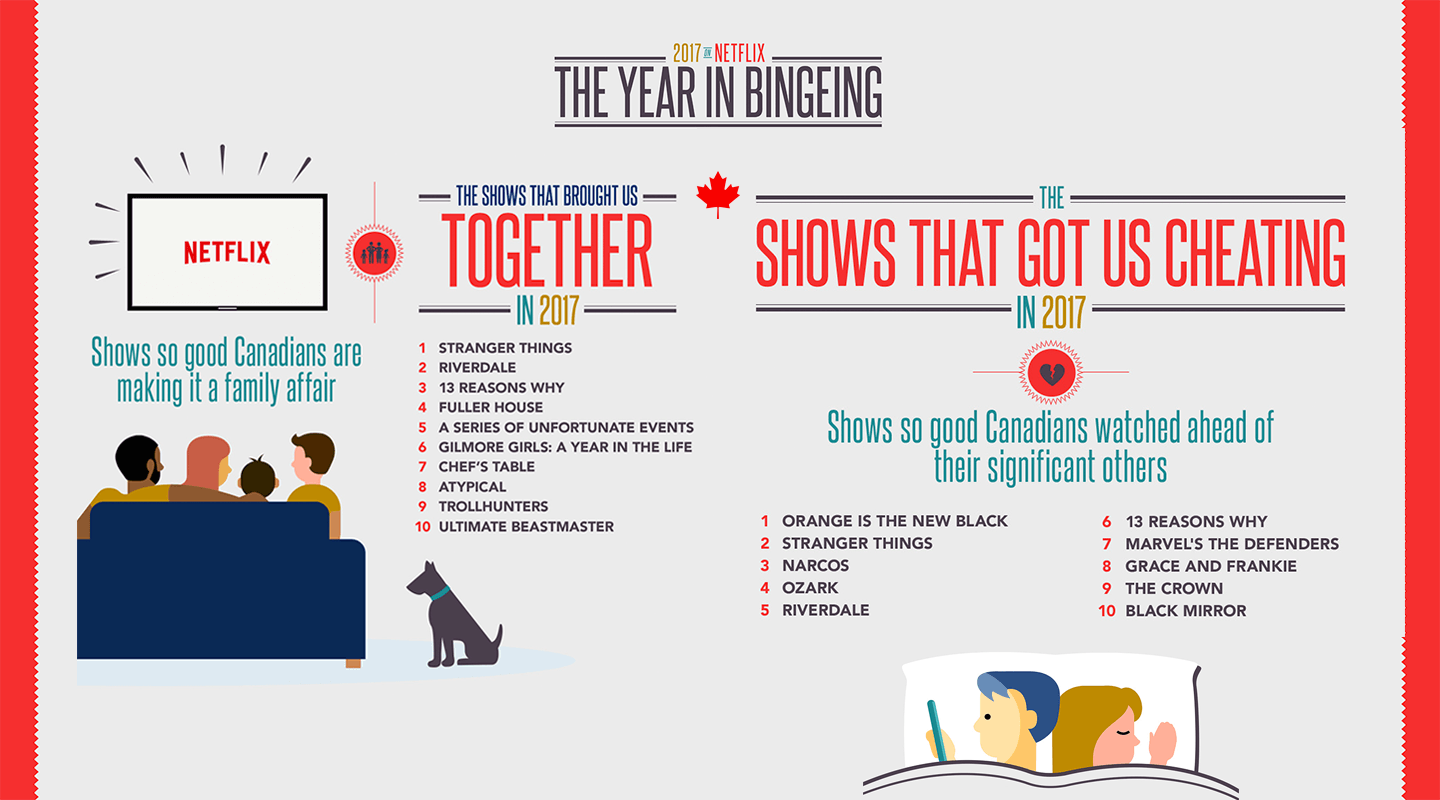 Earlier this year, Netflix also released new data about what series were the fastest to be binged. It really can’t get more Canadian than this: the Nova Scotia-based mockumentary the Trailer Park Boys was the quickest binged newly released show in 2017. Newfoundlanders were found to be the fastest watchers in the country too.

Whether it’s the country’s binge-racing title or a commitment to Canadian-made content, Netflix is taking a big bet on Canada, investing $500 million to produce original content in the country over the next five years.