From Liberty Village to Toronto’s Harbourfront, Techvibes peeked inside some of the city’s most vibrant, innovative and aesthetically-pleasing offices this year. These Toronto technology companies are doing their best to outdo one another, whether that means promoting unique perks or rightfully boasting about their award-winning company culture. 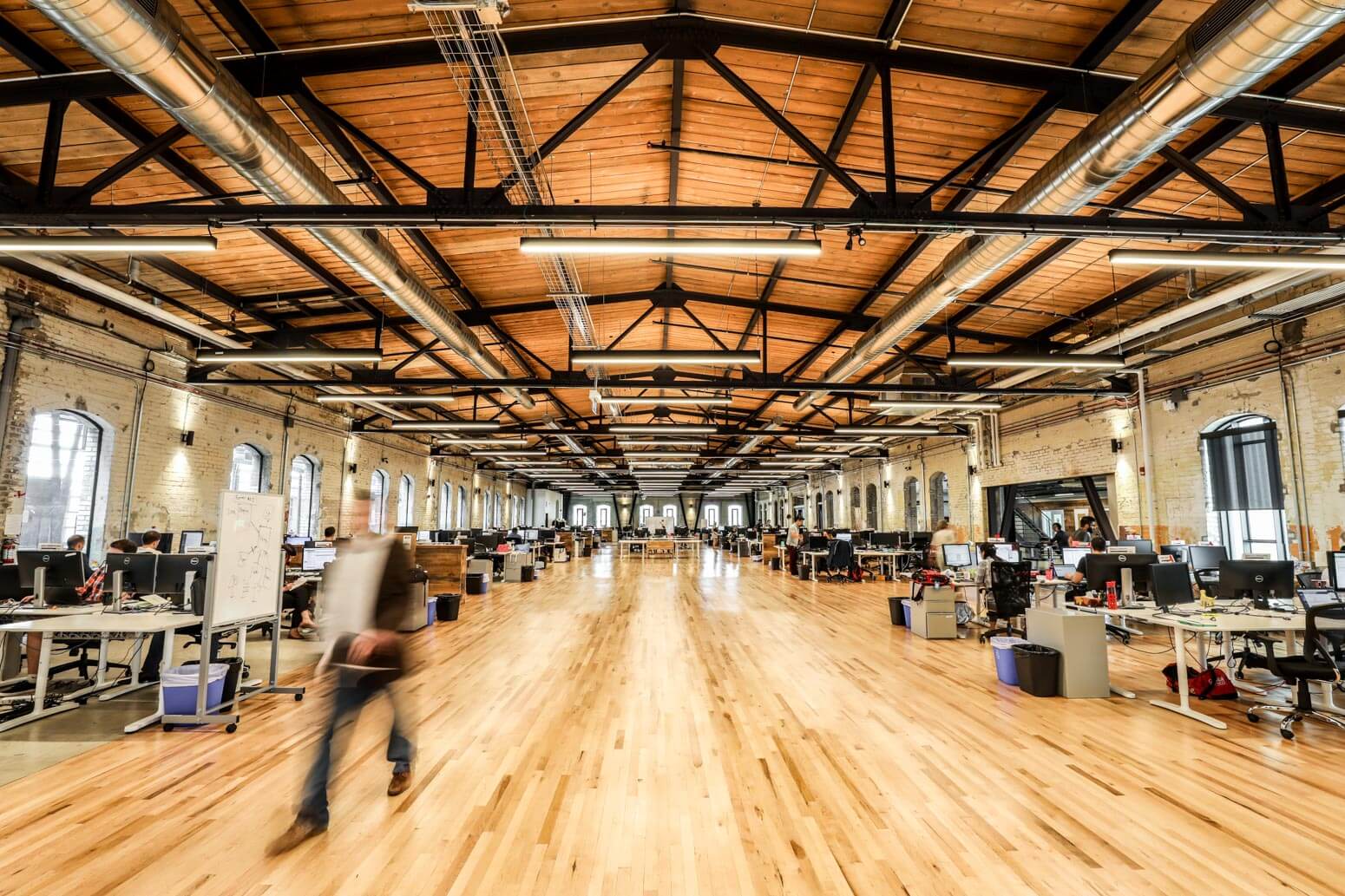 With unfinished walls, original industrial doors, and even a butter-stained floor, you can almost smell the freshly baked rolls inside the former Canada Bread Factory-turned tech company. Vena embraced the 19th century building’s history and quirks when it moved in this year. The software company even jams together—not the jarred kind—in the new space. Vena’s in-house band called the Grid Unlocked is fronted by their literal rockstar CEO Don Mal. 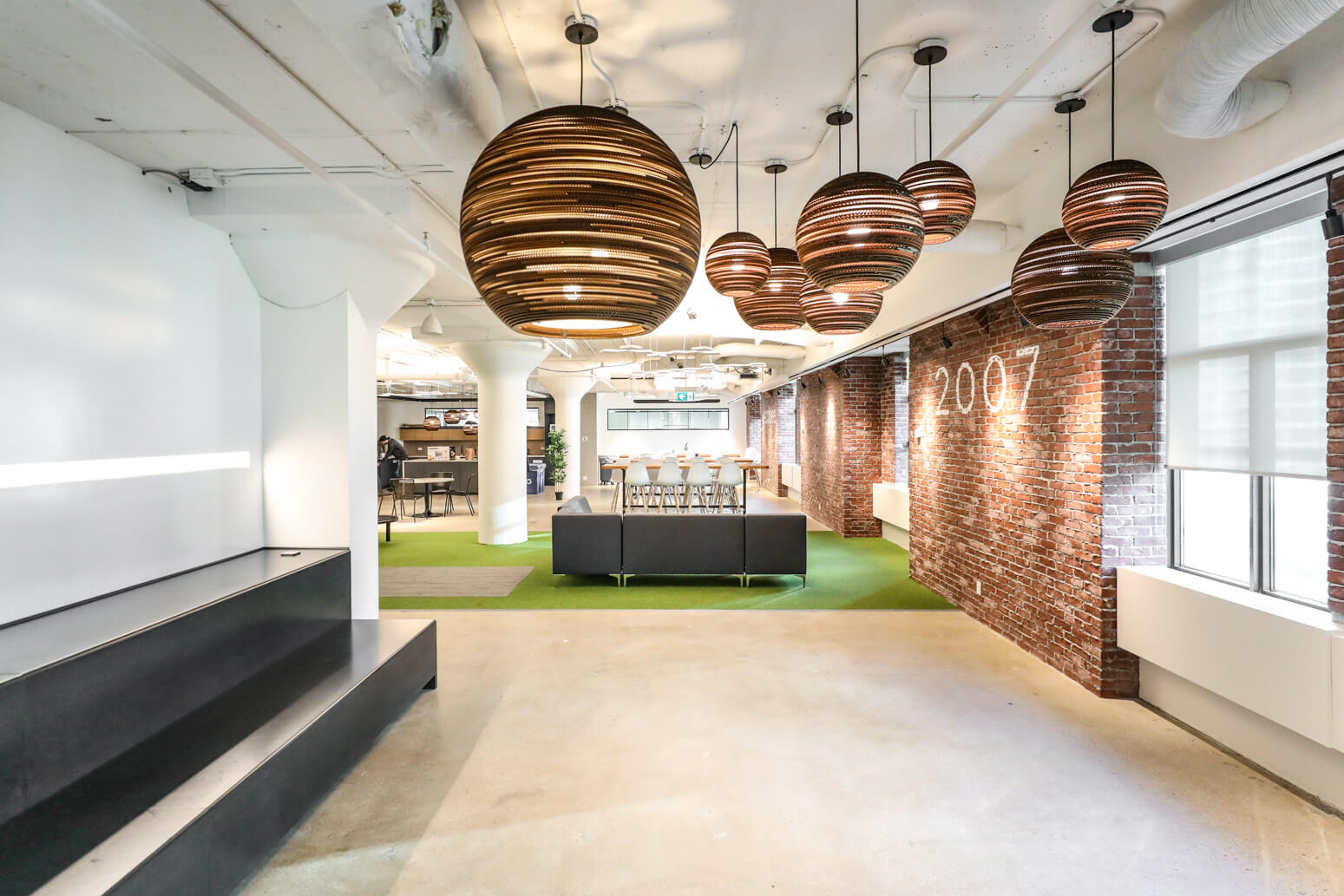 Ecobee brought the outdoors in with park-like benches and bright green carpets in its newly opened lakeside office. Beehive-inspired dropped lighting, a mix of untreated and reclaimed wood, and exposed brick walls overtly show the company’s commitment to sustainability. Ecobee’s space offers something for every kind of employee: culinary aficionados, 3D printing fiends, board games enthusiasts and amateur musicians will all feel right at home here. 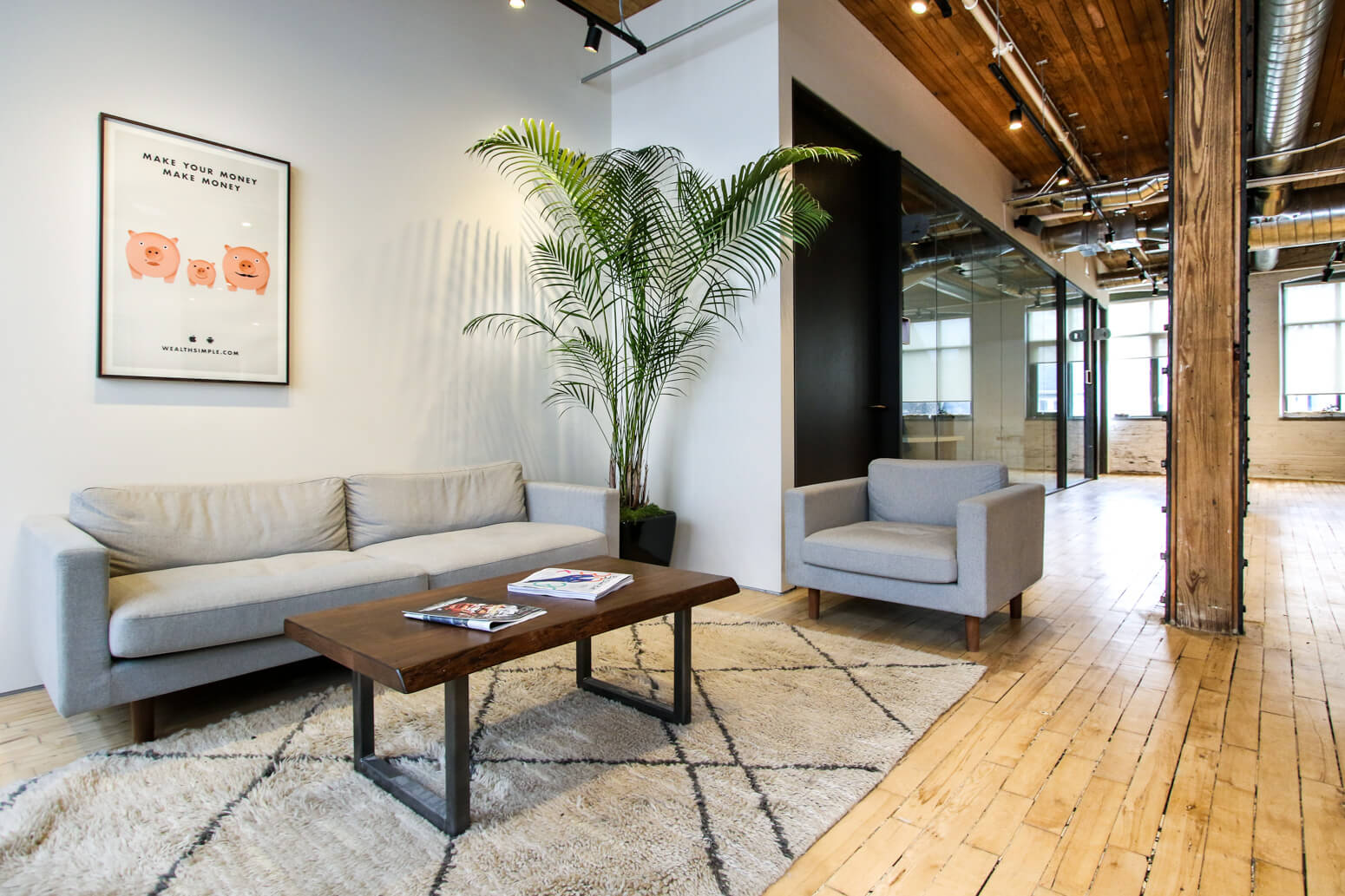 On a sleepy side street in Toronto’s Queen West, Wealthsimple has set up shop in an unassuming brick-and-beam walk-up. Inside the dog-friendly office, the online investment manager is dedicated to both the financial health and personal well-being of its employees, offering everything from complimentary financial advice to catered lunches. 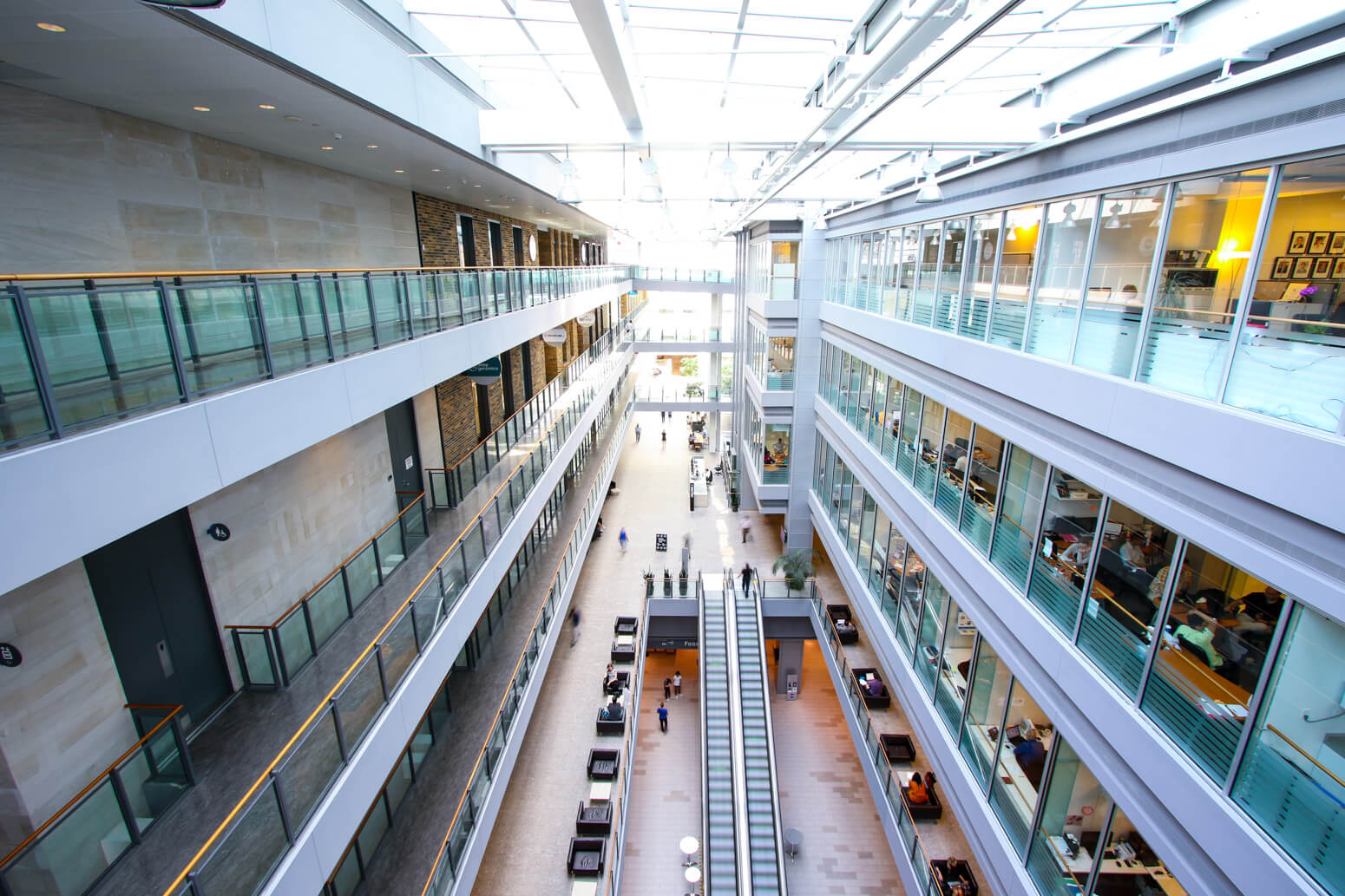 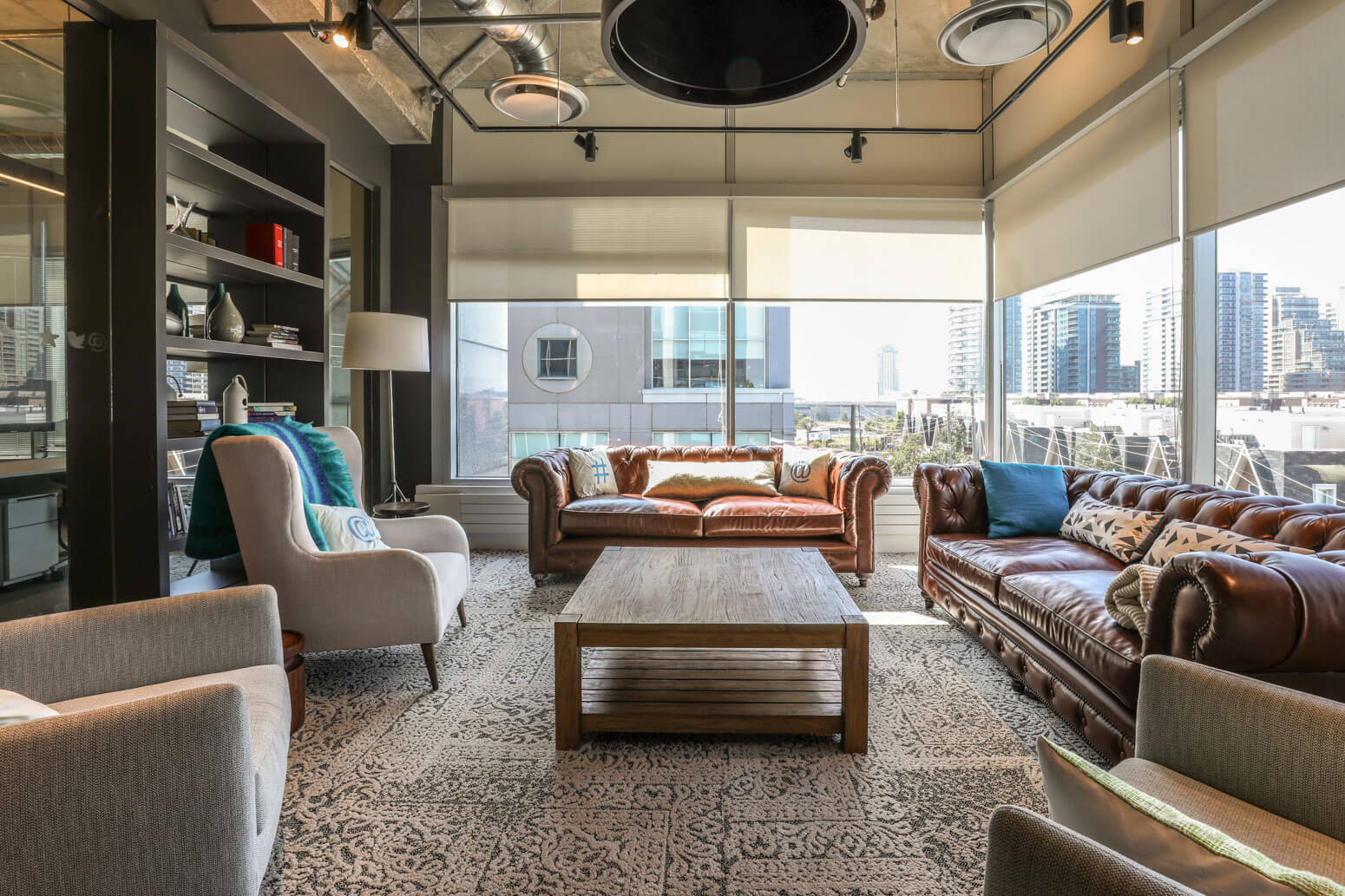 From the beloved Blue Jay Jose Bautista to the YouTube legend Lily Singh, Twitter Canada’s office has hosted a roster of impressive influencers and truly tweet-worthy events. Employees have had the opportunity to snag a selfie with Justin Trudeau and listen to the musical musings of Hailee Steinfeld. An in-house chef serving a different menu of meals every day isn’t a bad perk either. 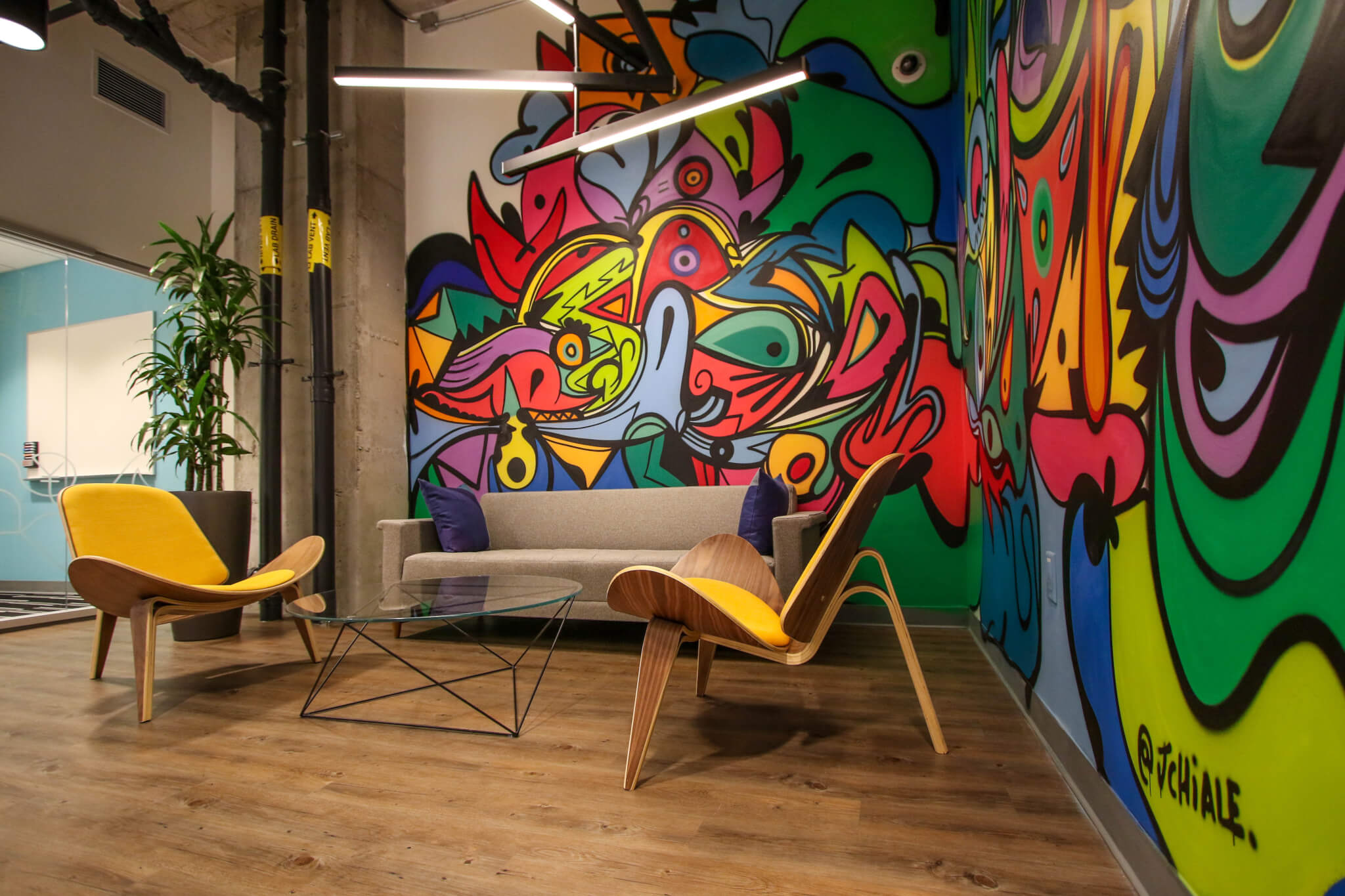 Two local street artists were hired to add their personal flair to PayPal Canada, creating colourful wall murals and hand-painted pillars with bold and bright designs. It’s not just the inside of the office that offers interesting sights. Floor to ceiling glass windows frame a panoramic view of Queens Park and the University of Toronto, whether you’re sitting behind a desk or the Bacon Cove boardroom. 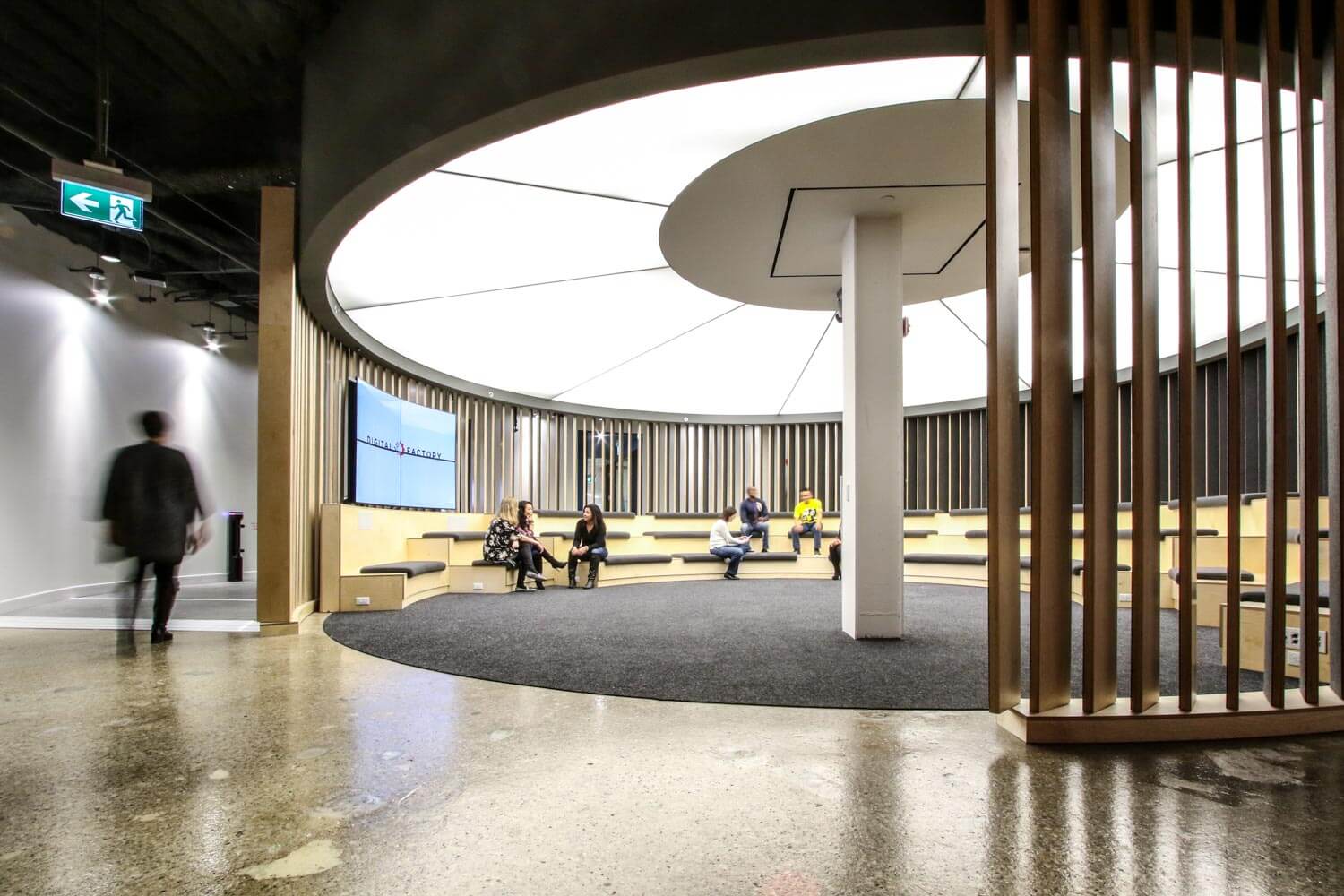 A bowling alley and a speakeasy bar might not come to mind when thinking about a bank’s office, but Scotiabank’s Digital Factory boasts spaces for both function and fun. No badges are required to get in either—employees simply wave their hand to gain entry and can even pay for their lunch with a flick of the wrist. 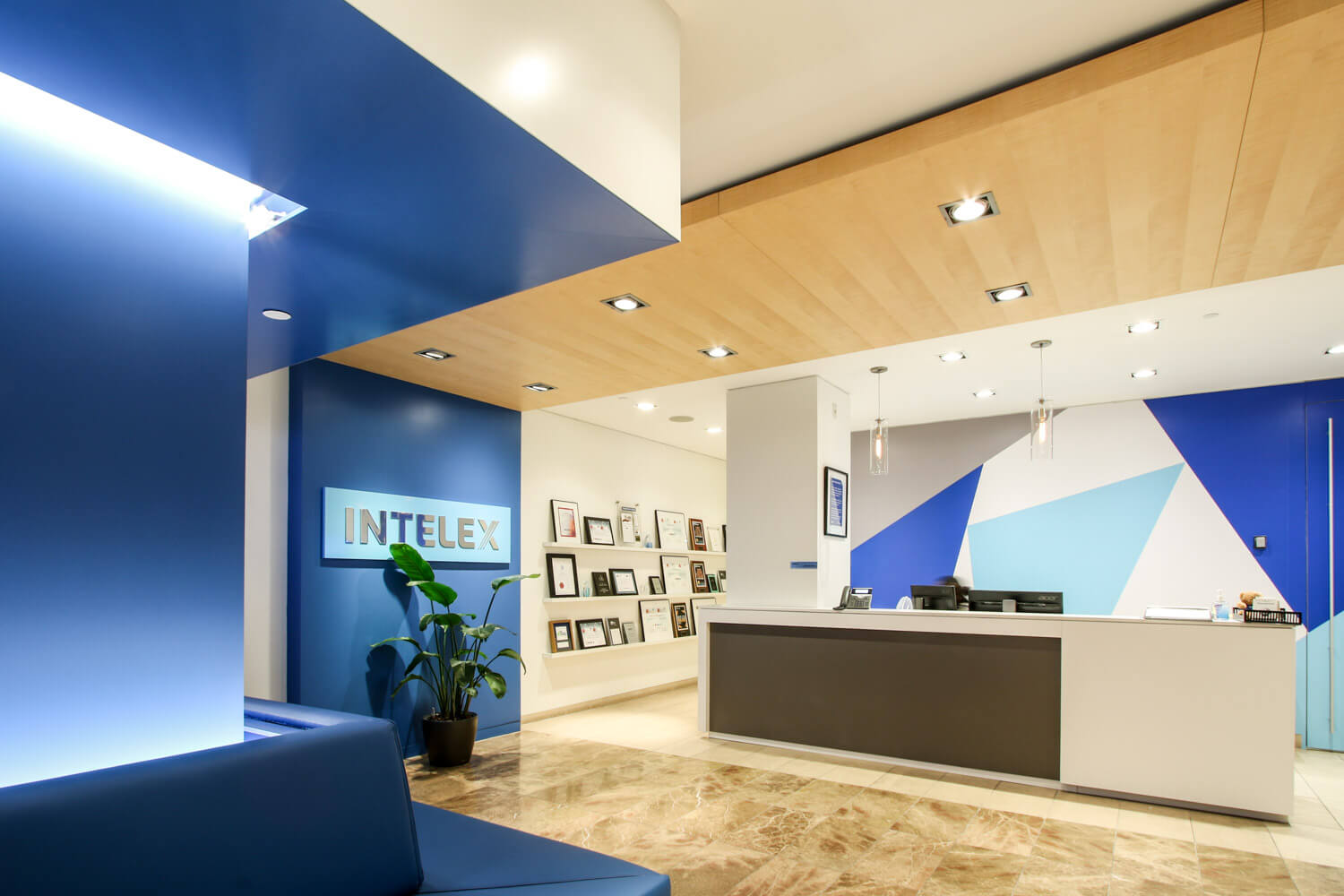 Hard work meets play at Intelex where the beloved games room is home to ping pong, foosball, billiards, video games and musical instruments. Friendly competition extends to the software company’s 20 clubs ranging from sports teams to board games. Employees are also immortalized in 2D at Intelex in a hand-drawn illustration in the company’s annual holiday card.