Andre Haddad is a master when it comes to connecting a person with what they need.

That might involve helping an entire continent of people sell items to one another online, or it could mean leading his current company Turo, a business that lets people rent their personal cars to those in need of a ride. It also might just refer to ordering albums from the U.S. and reselling them to fans around his old Paris stomping ground. Either way, Haddad wants to get you something you need and make sure it’s as painless as possible, even if he has to keep a couple vinyls or a Porsche 911 himself for quality assurance.

Born in Beirut, Lebanon, Haddad lived through years of civil war that resulted in his apartment block being bombed, forcing him out of the country. He relocated to France and lived there for a decade and a half, graduating school and landing a job with Proctor & Gamble. It was there he was tasked with marketing laundry detergent, “which was as exciting as can be,” he laughs.

A love of house music (he recommends Masters at Work or Dimitri from Paris) helped lead Haddad to find where he truly belongs—e-commerce.

“When I discovered eBay and that I could just do some arbitrage—buying vinyl and CDs in the U.S., keeping some then reselling others, I got addicted,” Haddad says. “Then I thought: Why am I doing this in the U.S.? There are untapped opportunities here in Europe.”

He enlisted a few friends and helped found iBazar in the late nineties, one of the first sites of its kind. At a time when the internet was still gaining traction, the site had close to 2.5 million users in eight countries—not even including North America.

“I was in my 20s and didn’t know much about starting a company, but it was lucky. The right place at the right time—it was the beginning of the web and part of the first internet wave,” says Haddad.

iBazar did well, but it wasn’t enough to make it through the dot-com bubble unscathed. A mere 15 years after the bombs fell on his home in Beirut, the company sold to eBay for $150 million and he stayed on to head the site’s European division.

And that’s when Haddad’s trajectory really began to accelerate. 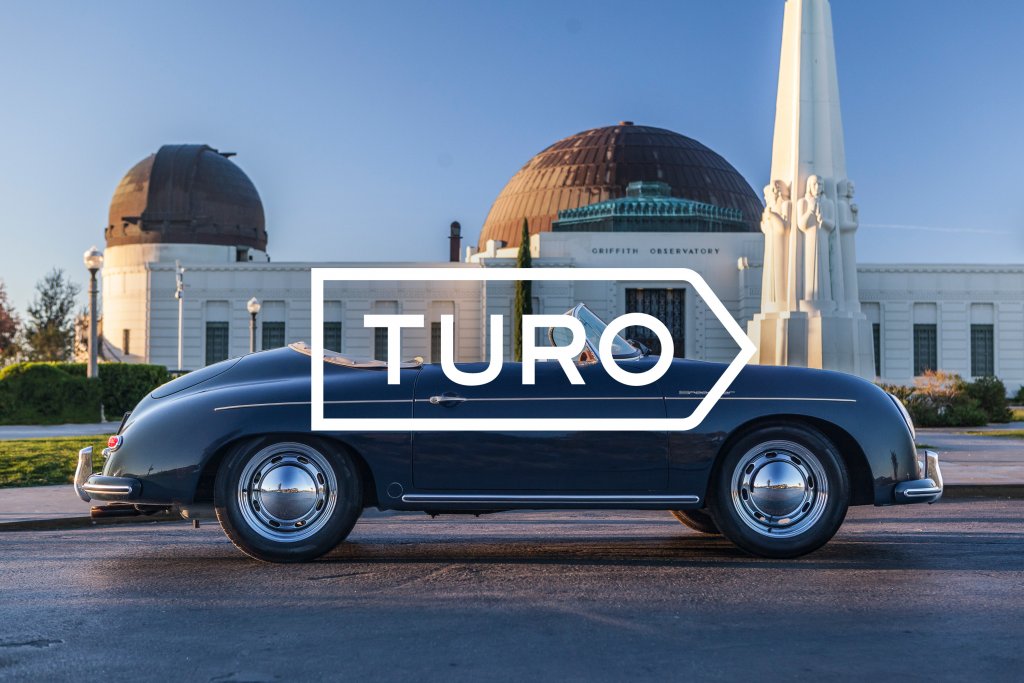 “I had an incredible and unexpectedly long career venture. I pioneered this whole idea of user experience and design, which didn’t exist really formally at the time. Now we take that for granted, but at the time it was new,” says Haddad.

After seeing eBay do so well, he wanted to step back into a more scrappy and entrepreneurial role, “something that would provide me the type of satisfaction I felt at iBazar,” he explains.

Haddad left eBay in 2011 with the plans of taking some time to himself—until he ran into Shelby Clark, then CEO of RelayRides. That company would rebrand itself as Turo in 2015, four years after Haddad took over the company.

Turo is a platform that enables car owners to rent out their ride when it is not in use. Anything from a Corolla to Corvette or Model T to Tesla is available, almost always at prices cheaper than rental cars. If someone needed to quickly pitch Turo in an elevator, they might say it’s an Airbnb for cars.

“I loved what Shelby was thinking about and I loved the mission of the company, which hasn’t changed. It’s always been about transforming a car into an asset when an owner not using it,” says Haddad.

“I could see how that idea could be incredibly powerful—I saw it at eBay and iBazar, turning stuff in people’s attics into something valuable.”

It’s one thing to be convinced, but it’s another thing to turn that conviction into reality. That process has been Haddad’s journey for the past six years.

“One thing I love about these platform businesses is that they’re fundamentally based on optimistic principles that people are great,” Haddad explains. “It’s a vote of confidence in human nature and the ability for us to be entrepreneurial and scrappy, and to find different ways to create economic empowerment.” 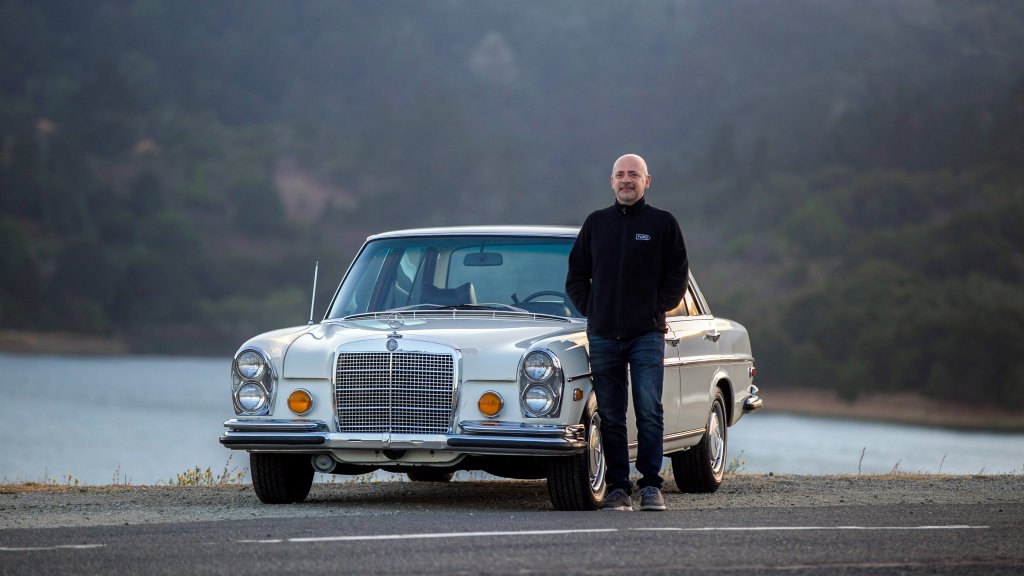 In terms of economic empowerment, there’s almost no better way then to repurpose cars. North America is home to 330 million cars and by 2030 there will be two billion cars in the world. According to data from AAA, Americans spend one out of every 30 minutes in their car a year—so why not use the other 29 minutes making money?

When it comes to working on Turo, it helps that Haddad is a pretty big car junkie. He won’t say how many cars he owns, but gladly shows the three cars he owns that are available to rent on Turo–an Audi R8, a Porsche 911 and a Tesla Model X.

“Turo is a perfect intersection for me. From a business standpoint, it’s something I’m familiar with, as well as passionate about the model and platform, combined with something I care deeply about—cars,” he says.

Haddad isn’t one of those car owners though—the ones who keep people an arms-length away from their prized possession at all times. His Porsche was the 259th car listed on Turo, proving he wants others to have as much fun with it as he does.

“We’re trying to get people excited about driving cars again, instead of the utilitarian and commuter approach,” says Haddad. “We offer professional photography to all our hosts, so it’s a real pleasure seeing these cars in beautiful settings.”

Still though, try as Haddad may when it comes to making cars into beautiful objects, they are still just a product.

“It’s not about the car, it’s about connecting people. If we can establish a framework that makes a human connection and they feel like they’re actually hosting a car, we can bring out the best in people,” he says.

Turo started as a hardware-based model, where renters never met with owners and simply picked up keys left in a box in the car, “but that approach was something people were not comfortable with,” says Haddad. Now a user introduces themselves before renting, telling a story of why they want that car. Maybe it’s a birthday party or just a method of cruising around a new city. 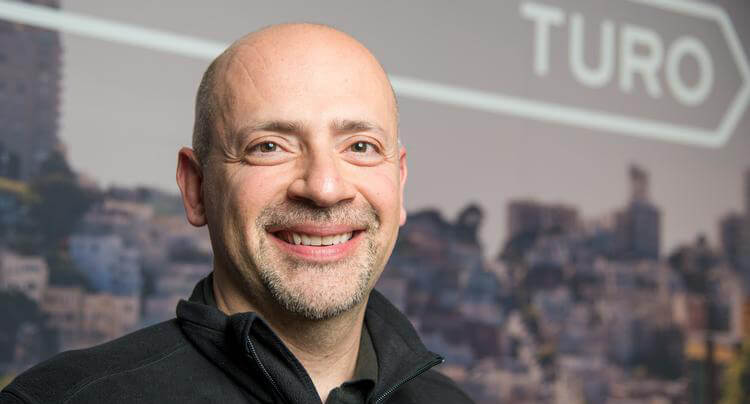 Even as Haddad’s views on Turo remain more about people and less about cars, it’s hard to ignore the imminent and impersonal nature of automation that is shaking the industry. Haddad doesn’t perceive this as a death sentence for cars or driving—“it’s not a black and white issue,” he says.

“Automation will win in the use-cases where it provides superior experience and value, but driving yourself and taking part in the travel experience will thrive,” says Haddad. “The road trip will live on.

“The more automation grows, the more there will be a need for human connection.”

Haddad is savvy—he knows the great things a connected or autonomous car can do. But his emphasis lies more towards the social connections technology can bring, despite the rise of trends pointing to the decline of humans driving cars. Haddad thinks that these futuristic trends will only lead to more P2P car-sharing.

Renters are much more likely to list their car on Turo if there’s a connectivity element involved, as it’s easier to remotely unlock a door with an app in case someone forgets a key inside or check mileage. Electric cars owners also more likely to list rides, as they have less maintenance and wear-and-tear. These are two examples of new car technologies that are only increasing the presence of vehicles on Turo.

As the conversation shifts from automation to companies that employ these new technologies, like Uber or car producers, Haddad’s eyes light up at the mention of Turo’s competition, because the question goes so deep. It gets split into two ideas: supply and demand.

“You have to think about two competitive sets. The biggest competitor for us when it comes to potential hosts is a lack of awareness that your car can be monetized. Secondly is vanquishing that initial sense of ‘is this a real thing,’ or ‘is this safe,’” says Haddad.

Companies like Airbnb had a basis for rents to go off—they saw vacation homes rented safely years before Airbnb was a thing. Uber drivers had the taxi or limo industry to look at. Turo hardly had anything for potential suppliers of cars to look towards.

“We are truly pioneering something that has never been done before. We have to work extra hard to make people feel comfortable that this is actually okay to do, and it’s not something weird,” he says.

On the demand side, the picture is broad. There are buses, Uber, taxis, rental cars, buying a car. It’s hard to quantify.

“A lot of people use Turo for so many different things, it’s hard to tell you there’s one set of competitors. The average rental is four days, but it hides a bunch of use cases,” explains Haddad. “People might book for a day, or book for months. For each use case, there’s almost a unique alternative.”

Aside from trying to figure out how people get around, there’s the question of why. Maybe someone uses Turo as an extended test drive before buying a Tesla, or maybe it’s to rent a convertible that will drive up and down the California coast.

“Some cases, there’s no competition. Others, there’s a lot,” describes Haddad. Still, there are some focus points.

“The traveller market certainly is the bigger market. But how we focus on it is by delivering a great customer experience that will make people so happy about their experience that they need to talk about it.”

“Because Turo is such a new thing, it’s challenging to try and target people—you want to just make sure you can leverage your user base and make them a promoter of the brand.”

Haddad lives and breathes that notion of customer experience above all—and his unanimous five-star reviews on Turo only cements it. Just keep an eye out the next time you rent a Porsche. You may just meet the CEO himself.