Brookfield Institute has released a new report that looks to shine a light on an often misunderstood aspect of the technology sector: software developers.

The study highlights the prevalence and importance of developers throughout the country, shining light on how the role plays an important part in the backbone of any tech company.

“We know that Canada’s tech sector is a driver of innovation and economic growth,” said Sean Mullin, executive director of Brookfield Institute for Innovation and Entrepreneurship. “Yet the lack of data at the developer level has prevented a complete understanding the range and depth of this increasingly important sector—upon which thousands of Canadian businesses rely.”

Canada has one of the largest concentrations of software developers in the world but ranked 13th in sheer numbers. Toronto has the highest amount of developers—the city is home to 32.2 per cent of developer talent in the country, well ahead of Montreal’s 19.6 per cent and Vancouver’s 10.2 per cent.

Brookfield created an interactive map to allow readers the option to visually explore the report’s findings, whether it be via location or specific developer specialty. The data was obtained through Stack Overflow, the world’s largest online software developer community.

The report breaks down what a typical software developer in Canada looks like. They make $70,000 a year, which is much higher than the Canadian average salary (but lower than average salaries in eight countries, as shown below), with JavaScript as the most common programming language used. Oddly enough, only 72 per cent refer to themselves as web developers. 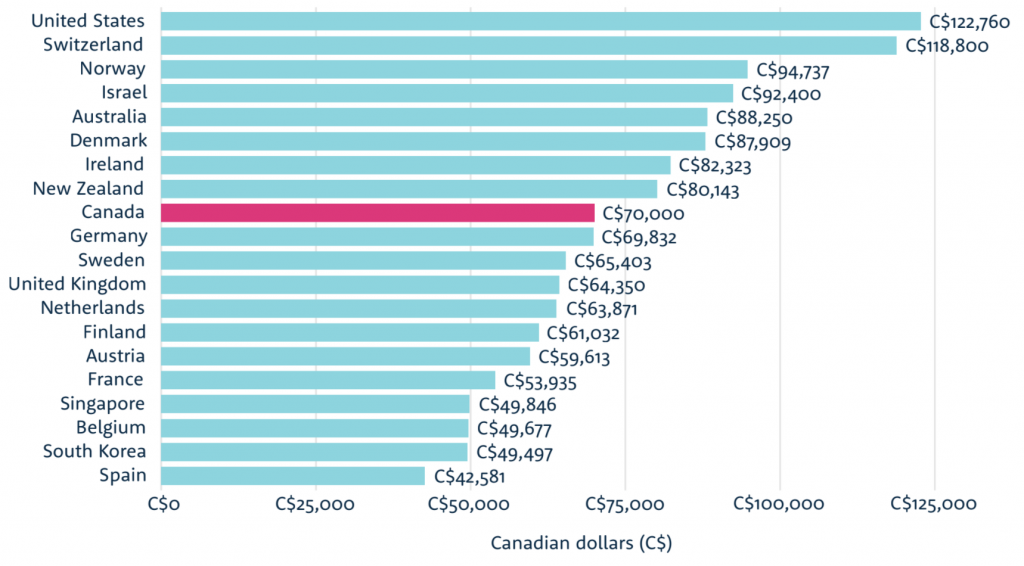 The chart below shows the sizes of companies that developers in Canada work for—almost 50 per cent of workers are a part of businesses with between 20 to 499 workers. 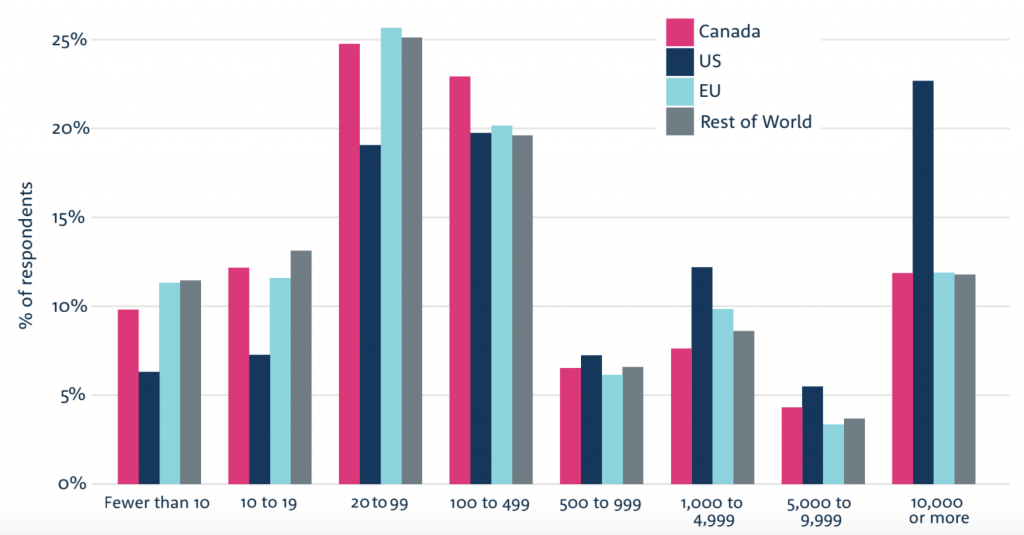 Canadians have a lower prevalence when it comes to working in private companies not in startup mode, as 36 per cent identified being employed as developers in such a business, compared to 52 per cent for the rest of the world.

One of the most telling, if not predictable stats, shows that only 9 per cent of software developers identify as female, and 83 per cent are white or of European descent. The ratio of women to men seems to slowly be improving according to the report, but there is still a ways to go.