Canada saw $980 million in venture capital invested in over 149 deals, marking both the largest amount and the highest number of deals inked in a single quarter in the past five years.

The data comes from CVCA’s quarterly market overview that breaks down venture capital deals in Canada. The second most fruitful quarter for Canadian companies was more than a year ago when $961 million was invested in 2016’s Q1. The most recent quarter posts a 43 per cent increase compared to last year’s Q3 that saw $683 million invested in 127 deals.

Quebec’s LeddarTech raised a whopping $128 million from Fonds de solidarité FTQ to advance the company’s self-driving car sensors. Borrowell closed a $57 million round in July; the Toronto-based company was recently ranked as one of the top emerging fintech companies in the world. In Series B rounds, food ordering app Ritual secured $53-million in September and Tulip.io closed with $50 million in August.

“We’ve been talking about the venture capital ecosystem doing a level step-up for a while now and we’ve had two consecutive years with a huge ramp up,” said CVCA CEO Mike Woollatt in a release.

“With the support of government programs like the Venture Capital Action Plan (VCAP) and the soon-to-be deployed Venture Capital Catalyst Initiative (VCCI), Canadian companies are scaling. This is definitely a sign of the strength and quality of the VC ecosystem,” he added. 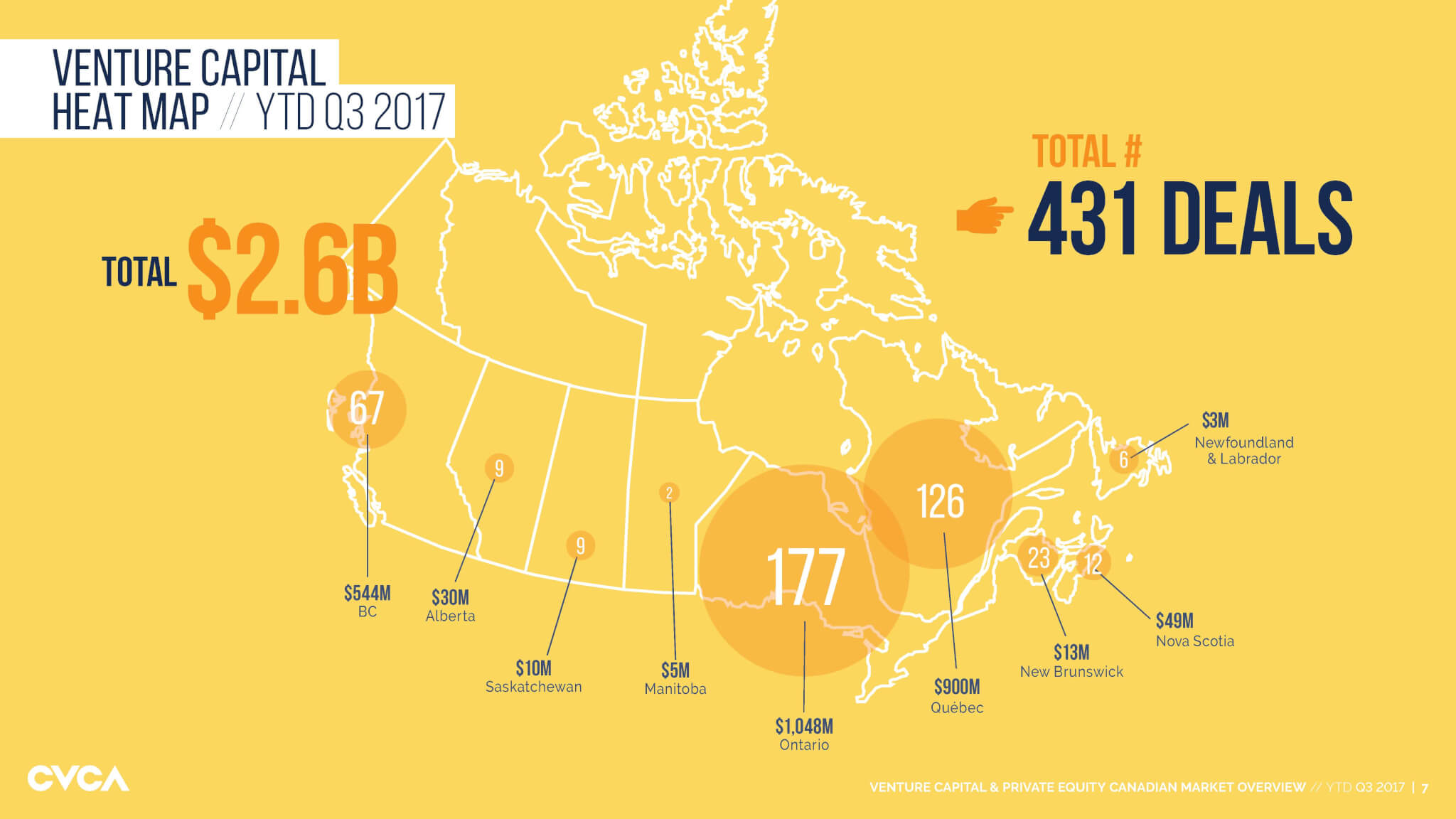 Ontario-based companies continue to lead in VC deals this year, with $1 billion in investments—a 40 per cent share of total dollars in 2017. Quebec is close behind with $900 million, with British Columbia following with $544 million.