Hopper is expanding its price prediction travel app for flights to hotels.

Analyzing 10 million prices quotes a day, Hopper said travellers can expect to save on average $34 a night for hotels booked through the app, and up to $90 a night. Those savings add up to between $270 and $720 for an eight day trip.

The addition of hotels makes Hopper a one-stop shop for travel, putting the service in direct competition with existing market offerings like Expedia and Kayak.

Leveraging data sets and using algorithms, Hopper predicts future hotel prices to tell users when to get the best deal, reporting a 95 per cent recommendation accuracy up to six months before booking. 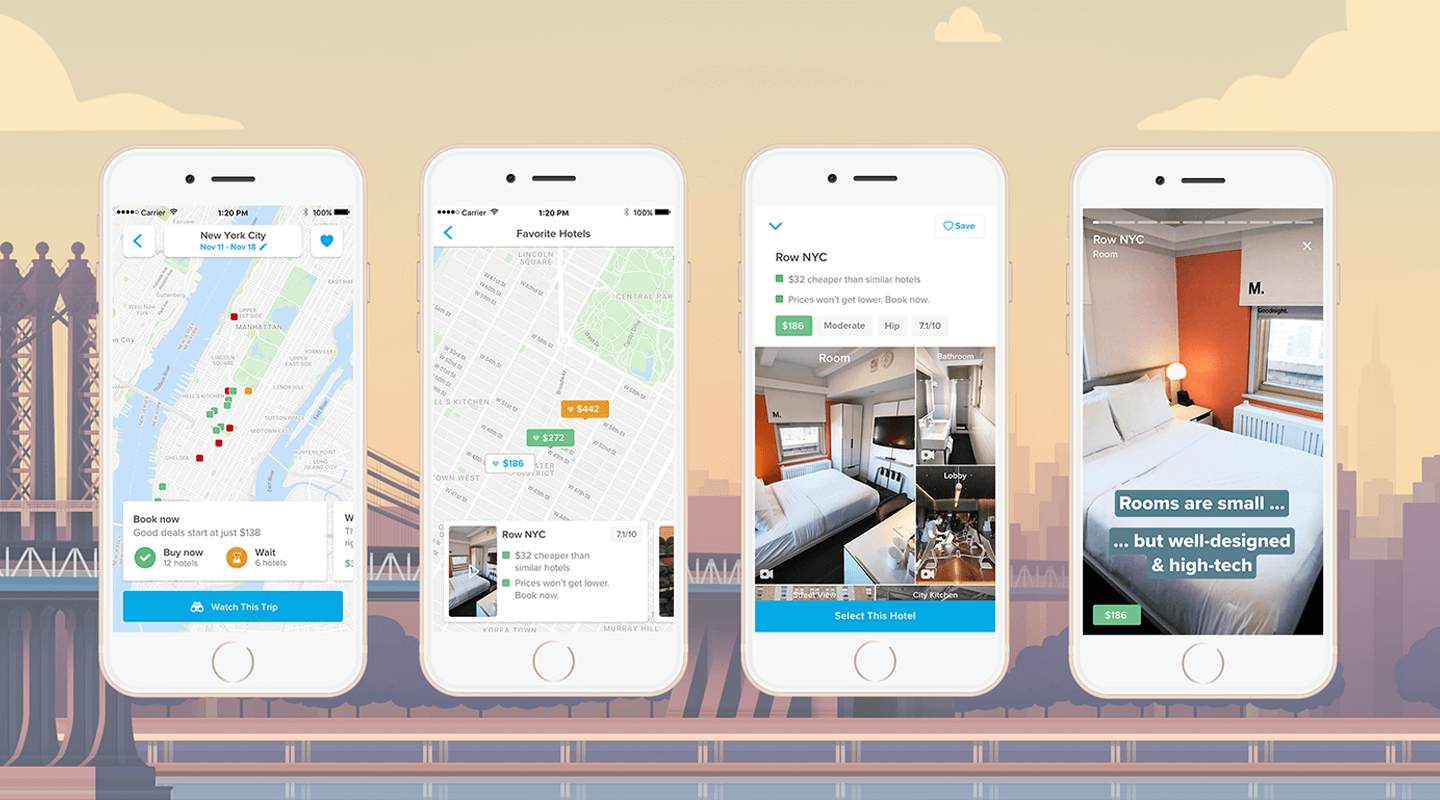 The Montreal-based company announced the new feature has launched for New York City bookings only, and will be rolled out to 10 additional destinations shortly, including LA, Miami and San Francisco.

Hopper’s Hotels comes with price alerts and tips too, notifying users when prices drop and offering personalized suggestions about which hotels or neighbourhoods are best suited for a user.

The app has been used for 45 million trips to date, selling over $500-million worth of flights. Hopper’s hotels feature is available on iOS 11 devices and will be added to the Android app soon.

In September, Hopper made their app a little smarter by adding an AI-driven travel agent tool dubbed Flex Watch.