The rumors and leaks are true: Apple officially unveiled their new mobile offerings today, including the brand new flagship iPhone X, along with two new continuations of the standard line, the iPhone 8 and the iPhone 8 Plus. The iPhone X is a complete redesign that aligns with the 10th anniversary of the very first iPhone.

These announcements came from CEO Tim Cook during Apple’s official keynote today in the Steve Jobs Theater at the company’s headquarters in Cupertino, California. This is the first event held at Apple’s new campus, and executives were apparently scrambling to make sure the space was ready on time.

A new flagship phone has long been rumored and comes at a pivotal time for Apple amidst discussions of the company not doing enough to innovate in the highly competitive mobile device space. It seems like breaking from tradition and announcing three phones will be a good start for the company.

Here are the new offerings with some details to show what has changed.

The iPhone X also introduces some completely new features. The iconic home button is now gone, though a virtual home button can be added by users if needed. Facial recognition is also being introduced, aided by a 3D camera. This allows the iPhone X to be unlocked simply by looking at the device. Face ID uses a neural engine with machine learning algorithms to combine the once separate software and hardware teams from Apple. You can also authenticate purchases or downloads, mute notifications when looking at the screen, or even customize emojis. 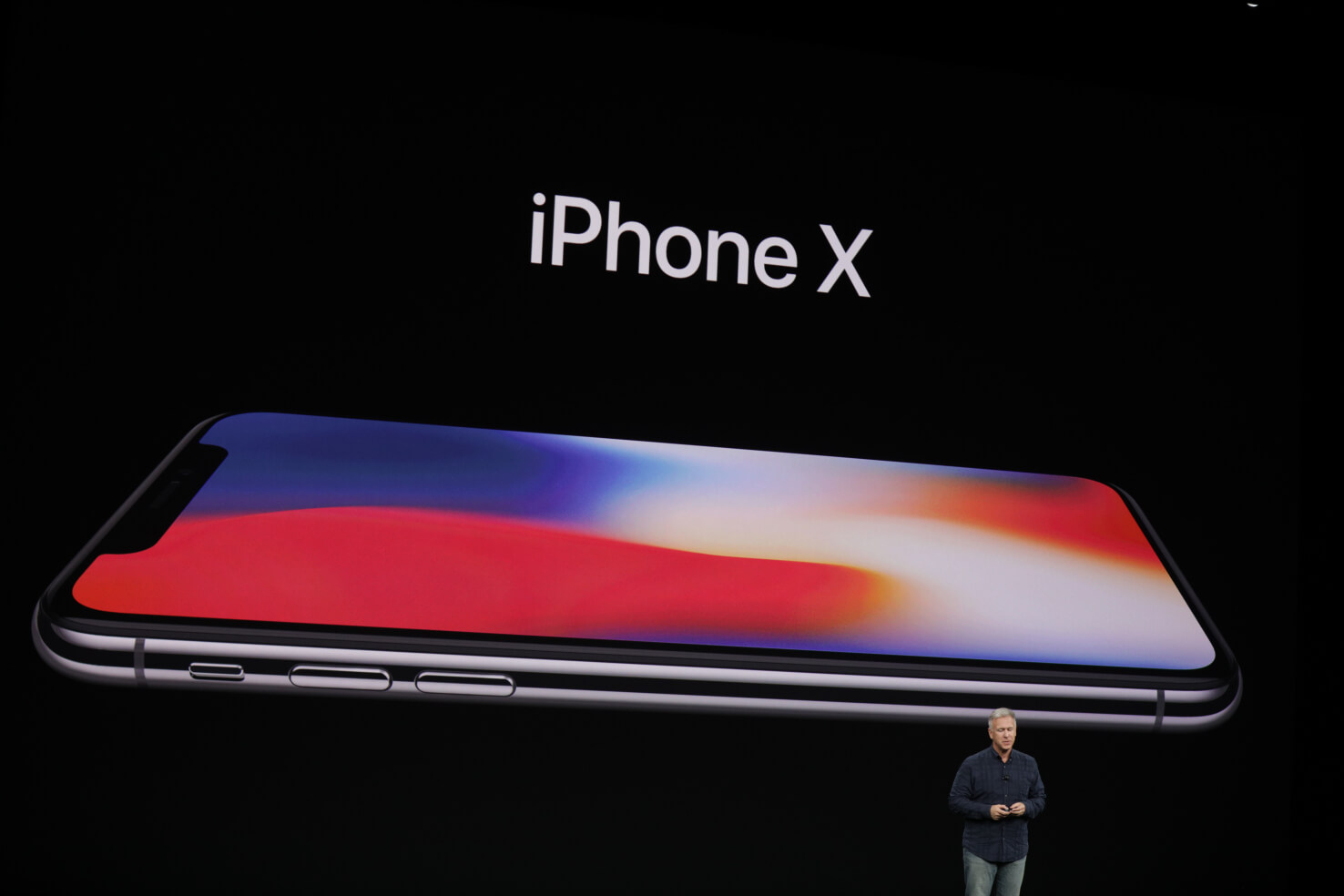 With Face ID, there is a one in a million chance that a random person can open your phone with the ID recognition. That number was one in 50,000 for Touch ID.

Wireless charging is also a new feature. The iPhone 7 removed the headphone jack, which meant users could not listen to music through the Lightning port and charge at the same time. This new feature means you can plug in some wired headphones and just place your phone on the charging area and get the best of both worlds once again.

Swipe up from the bottom to go to the home screen. If you pause while swiping up, you can enter the multitasking mode. Siri will be activated by pressing the side button or by asking “Hey Siri” as usual. Swipe down from the top for the control center.

The iPhone X will be available for preorder October 27 and ships November 3.

“Wayne Gretzky’s quote, ‘I want to skate to where the puck will be going, not where it’s been,’ that’s the iPhone X.” – Tim Cook

Glass front and back with an aluminum band, and the strongest screen available in a smartphone. The cameras have completely new imaging engines which allow for the best photos the company’s mobile devices have ever taken. There are new features related to the portrait mode for photos, allowing you to control contouring and lighting.

Wireless charging will use Qi charging standards. Apple’s hope is to increase the widespread adoption of the platform, from cars to airports to coffee shops. 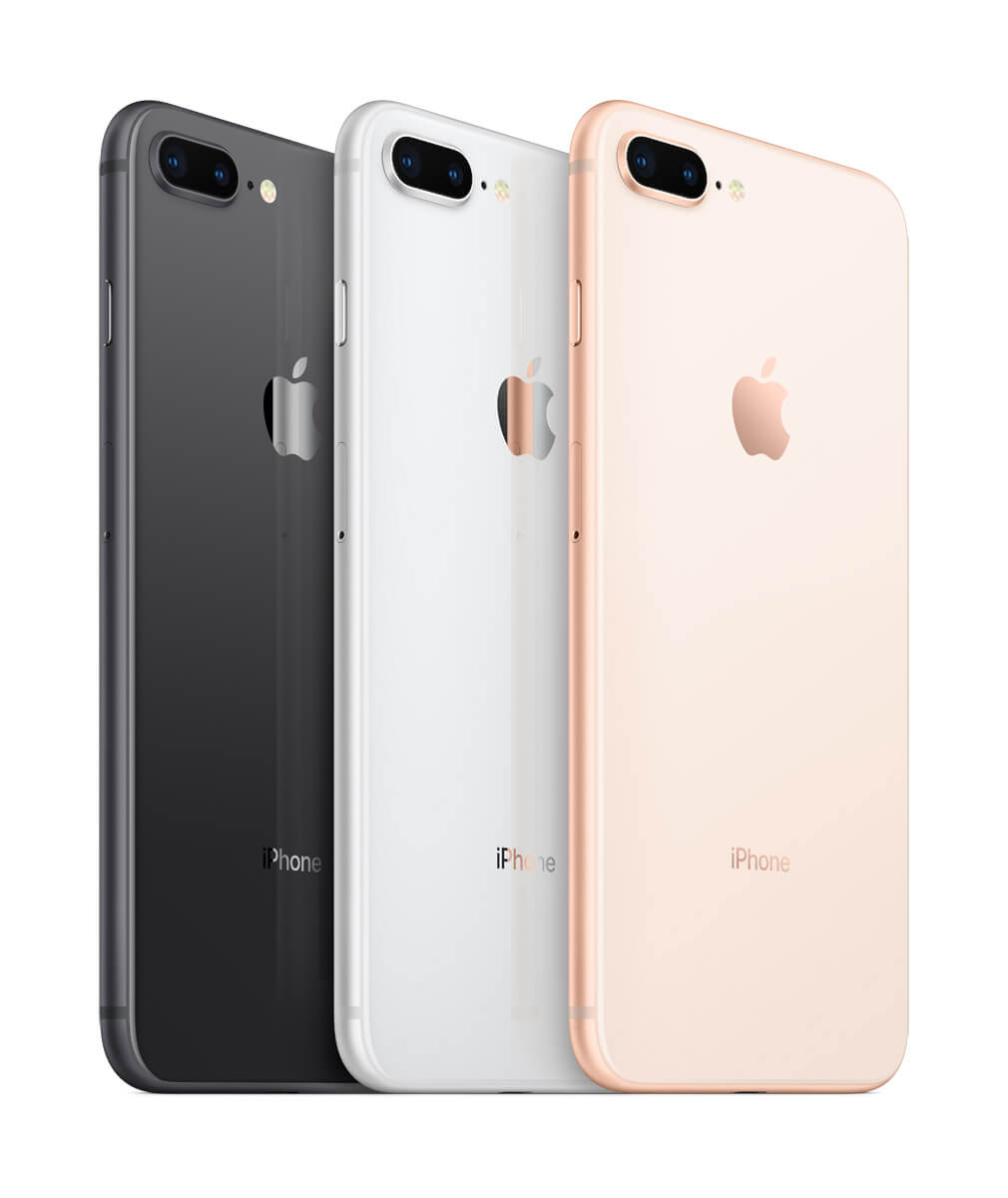 Details around how the new devices will use augmented reality were also touched on. The hardware is tuned for AR specifically. For example, an app that details constellations and stars in real time, and even app integration with Major League Baseball so you can track players live at the ballpark was previewed.

The iPhone 8 Plus will be available for preorder on September 15 and hit stores Septemeber 22. The colors available to choose from are silver, space grey and a new gold finish. Take a look below for some more details on the iPhone 8.

The iPhone 8 will be available for preorder on September 15 and hit stores Septemeber 22.

Apple’s new mobile offerings come at an important moment for the company, as it continues to try and edge out the main competitors in the smartphone world. Huawei recently surpassed Apple for second place in terms of global sales, but that came at a natural lull for Apple devices and these new products will surely boost the company back into second behind clear-cut leader Samsung.

One problem Apple may run into are the rumors surrounding production delays of the new devices that have swirled over the past couple of weeks. A report in the Wall Street Journal detailed glitches that occurred, possibly causing a delay in production of the iPhone X and the other new releases. An unconfirmed report said that Apple was only able to manufacture 10,000 of the new phones a day, which is an almost unbelievably small number compared to the tens of millions of sales that will be made leading up to the holidays.

It’s unknown how (or if at all) these rumors will affect sales or preorders, but count on the fact that buying an iPhone X might take a little bit of extra effort.