Huawei is now the world’s second largest smartphone maker, as reports of the massive Chinese company beating out Apple are now official.

Counterpoint Research published its latest global smartphone roundup report, and the most notable piece of information involves Huawei beating out Apple in terms of smartphone market share over June, July and most likely August of this year. There are not raw numbers available to dissect, but Counterpoint Research shared some interesting graphs that tabulated sales data from the three largest smartphone manufacturers: Samsung, Huawei and Apple. 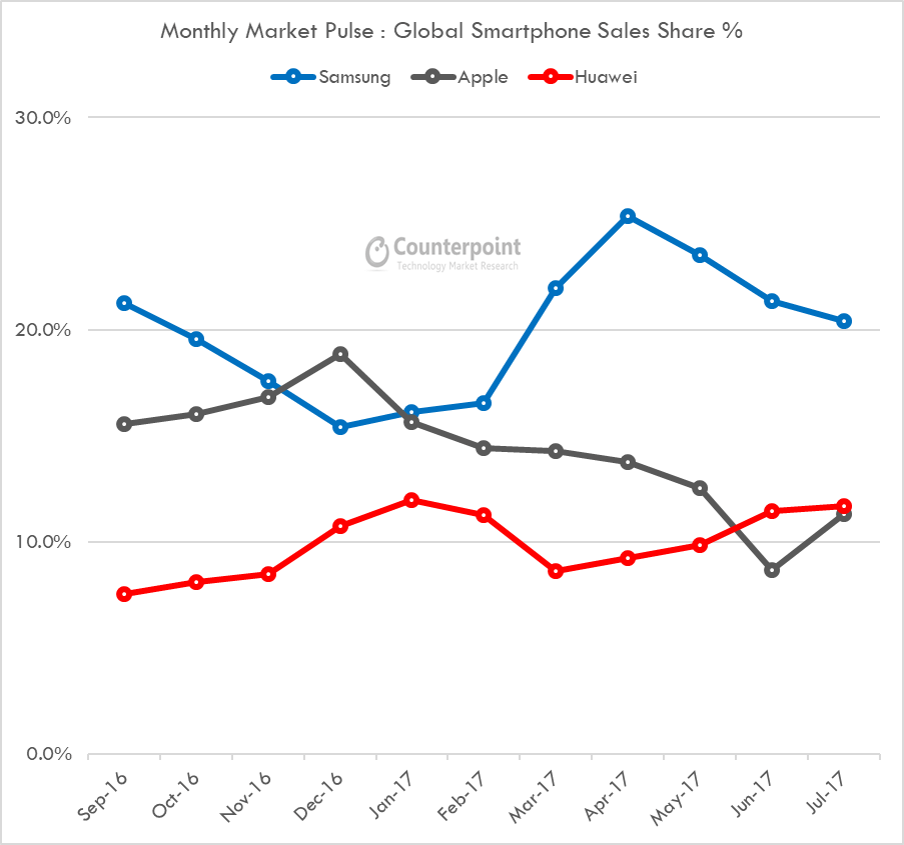 The graph above shows sales data over the last 10 months, and if you notice the final two months of June and July 2017, Huawei is trending above Apple.

Huawei has made claims of beating Apple in sales before, but this is the first time a major research firm has released a report specifically showing the Chinese company beating out the California-based Apple.

Even though the lead is quite small, it is a win for Huawei as they keep trying to break into new markets. Apple’s share of the market has been a bit stagnant over the past few years while Huawei is slowly catching up.

“The growth of Chinese brands is an important trend which no player in the mobile ecosystem can ignore,” notes Counterpoints associate director, Tarun Pathak. “Chinese brands with their dominant position in key markets such as China, Europe, Asia and Latin America have restricted the growth prospects for leading global brands such as Samsung and Apple.”

Summer sales figures are typically low for Apple in a given year, which is evident by the June and July numbers for 2016 and 2015 in the Counterpoint Research report. The lead from Huawei may be short lived as Apple is unveiling a slew of phones on September 12, including a new version of the iPhone. Huawei is striking back with the unveiling of their Mate 10 and Mate 10 Pro on October 16.

The Counterpoint Research report also listed the top selling smartphones of July 2017 and shockingly Huawei was not included at all. Even though the company sold 73 million units in the first half of 2017, they lack a truly popular and wide-spanning device. Apple’s iPhone 7 and iPhone 7 Plus dominated monthly sales. 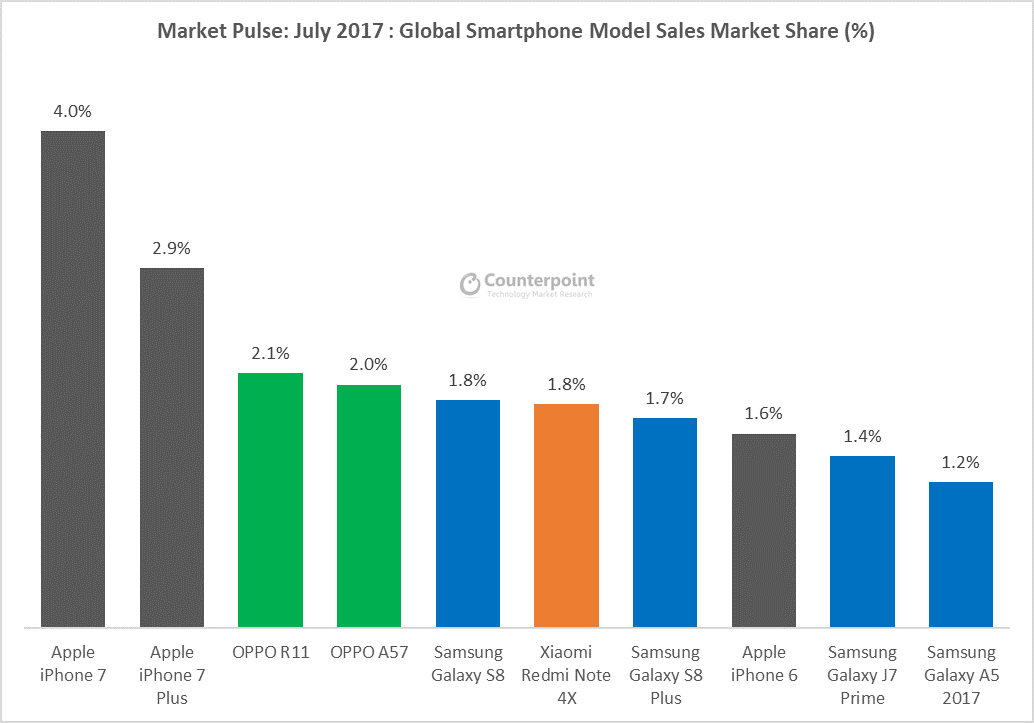 Samsung still beats both Apple and Huawei in the smartphone market. As Asian countries become more connected and purchase mobile devices, Huawei will continue to grow and Apple will remain battling their competitors on the other side of the world.