A partnership between Disney and Boulder-based smart toy company Sphero resulted in a fully functioning robotic ball of cuteness: the Star Wars astromech droid BB-8, straight out of The Force Awakens.

Sphero harnesses AI to bring the Star Wars droids alive as small, interactive robotic toys that respond to voice commands and cues. All three droids can be engaged and play through a Star Wars app available on iOS and Android devices.

“With the Stars Wars line, we’re really big about authenticity,” said Carly Gloge, the vice president of product at Sphero.

Gloge was the product manager of the Star Wars line for the past year and recently switched role to oversee all Sphero products.

“We had to come up with some cool features to get the classic animations spot on, and we really had to invent. But when it comes to the design, we try to stay as true as possible to the Star Wars character,” she said.

The bots can roam around a home in patrol mode, or a user can use the app’s drag and drive feature to draw a pattern on the screen that the bot follows in a space. The droids can also explore holographic simulations and roam ship interiors through augmented reality.

While BB-8 and BB-9E both utilize technology and software from Sphero’s first original rolling robot, R2D2 is a departure for the team. The droid can transition from tripod to bipod with a press of a button, and it even waddles like its beloved on-screen counterpart.

“It was a really big leap. The team all wanted to make Artoo; the engineering team rallied for it. The hardest part was his waddle because it is so particular, and fine-tuning that was challenging,” said Gloge. 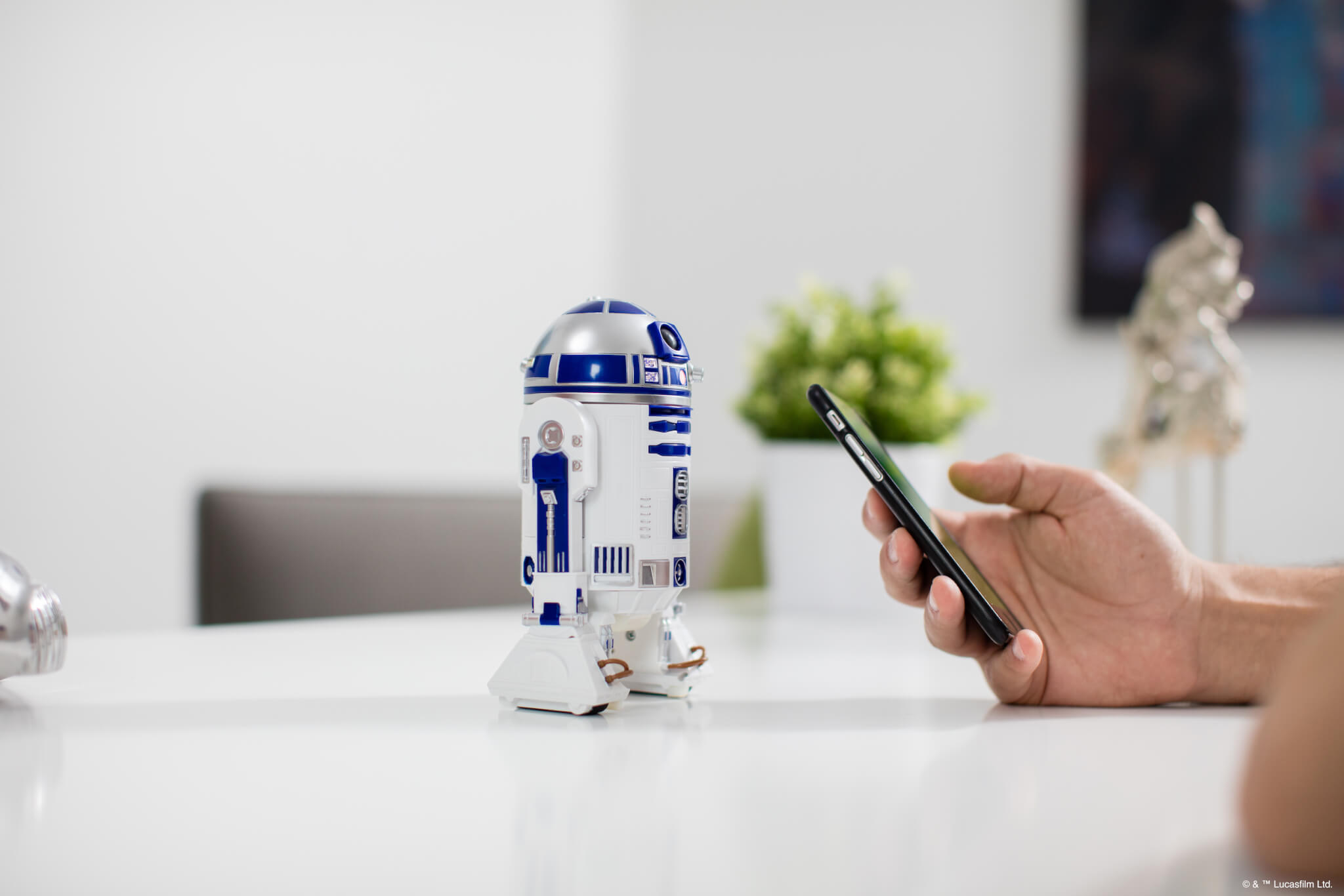 All the bots have differenent personalities. Gloge describes BB-8 as “innocent but super brave,” where as RD2D is sassy, “He’s not always going to follow directions,” she said.  The droids come with unique features and animations that reflect their silver screen personas.

“Other companies have made R2D2s before. We knew if we were going to do it, it had to be really special. We talked to fans and members of the droid’s Builders Club to hear how we could make the most authentic R2D2,” said Gloge.

The BB-8 and BB-9E run for $149 US, where as Artoo is slightly more expensive at $179. While the droids are pricy, Gloge said it’s something Sphero is hoping they can lower.

“One of the things that we’re working really hard on is seeing what can we do to get our price points down. The kind of technology we add to our toys, there’s a level of cost associated with it.”

The release of the new Star Wars droids coincides with Force Friday II on September 1, a global franchise merchandising event.