The streaming service reported today that their algorithm is eliminating the genre bias that may deter someone from clicking on a superhero-centred show, a content category that tends to have selective audiences.

“At Netflix we know genres are just wrappers, which is why we work hard to create algorithms that help members break these pre-conceived notions and make it easier for them to find stories they’ll love, even in seemingly unlikely places,” said Todd Yellin, Netflix’s vice president of product. The latest algorithm analysis looked at Netflix viewers from more than 40 countries between 2015 and 2017.

Netflix’s recommendations lead 80 per cent of users to discover new series. Digging into how their algorithm suggests shows, Netflix’s viewership data revealed that similar characters and familiar plot points are create connections between shows rather than traditional genre stereotypes.

In fact, one in eight Netflix members who hadn’t previously tuned into a superhero show are now watching one of the Marvel series based on the platform’s algorithm-picked show selections. 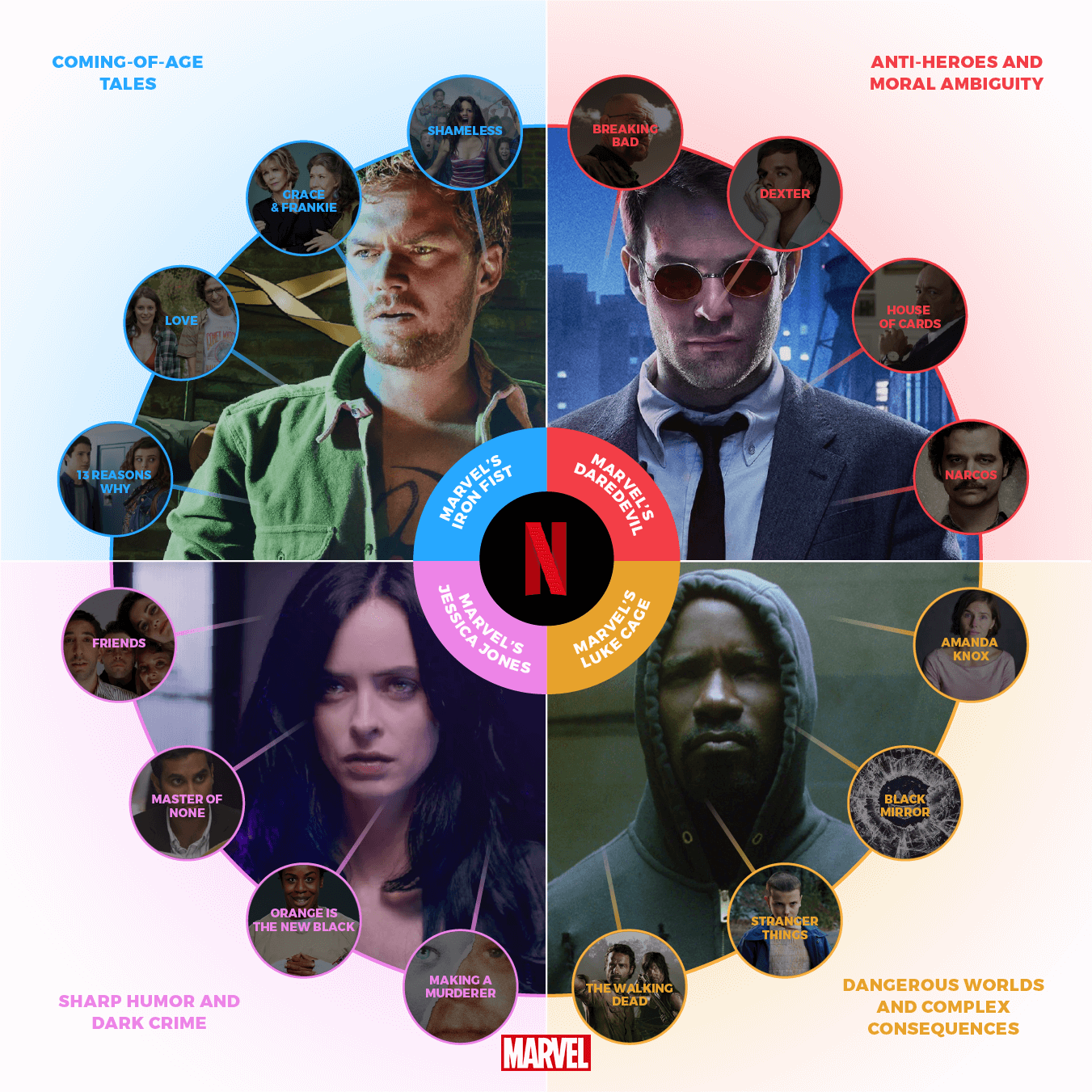 “Stories that dabble in life’s grey area heighten viewers’ senses for Daredevil, like the political turmoil of House of Cards and the thin lines of family loyalty in Bloodline. As do characters who blur the lines between vigilante and villain, like Walter White’s entrepreneurial antics in Breaking Bad and Dexter Morgan’s homicidal heroics in Dexter,” Netflix explained.

Another thread they found was the sharp humour, strong female leads and dark crime featured in Orange is The New Black is directing viewers to Jessica Jones.

Netflix isn’t only using viewing data and its algorithm to make recommendations; it’s being used to shape their original programming—a unique advantage in the content creation space. Netflix recently reported that it will spend over $7 billion for original and acquired programming next year.

Earlier this month, Netflix announced they acquired comic book powerhouse Millarworld, the company behind Wanted, Kick-Ass, and Kingsman: The Secret Service. This was Netflix’s first acquisition.