After all the recent headlines about venture capital confidence falling, the lack of exits for VCs and the contracting VC market in general, we thought it made sense to take a closer look at the numbers and make a true assessment of how the market is faring both in North America and in Canada.

The Silicon Valley VC Confidence Index (SVVCCI) is one measure of overall investor confidence and the health of the VC market. The index surveys over 25 Silicon Valley firms and their estimation for the VC environment over the next 6-18 months and shows this on a five-point scale (five being the highest confidence and one being the lowest). While the SVVCCI did decline in the second quarter (from 3.83 to 3.52), it has often shown movements of this magnitude while rebounding to a very healthy level, as can be seen from the chart below. 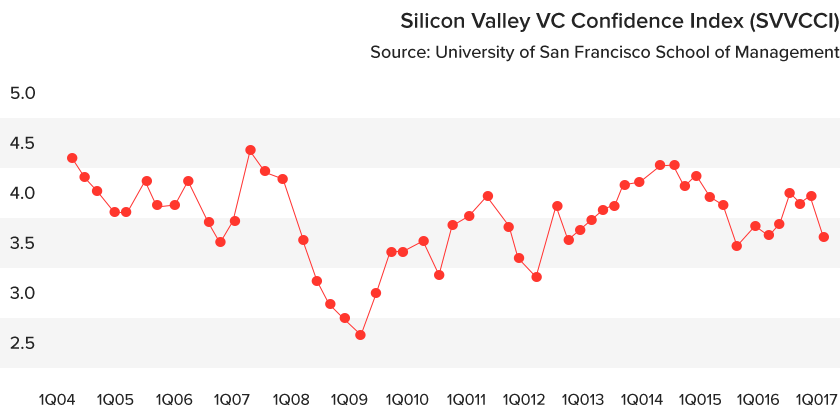 The next measure to look at is how much VC capital is being deployed into tech in North America. The chart below looks at this and as we can see, 2017 is pretty much on track to meet 2016 in terms of absolute dollars raised but is going to be down about 10 per cent in terms of the number of transactions. The volume of money going into VC deals is definitely encouraging, but the more concerning trend is that the number of deals is going to decline for the third year in a row and is about 25 per cent down from 2014 highs. 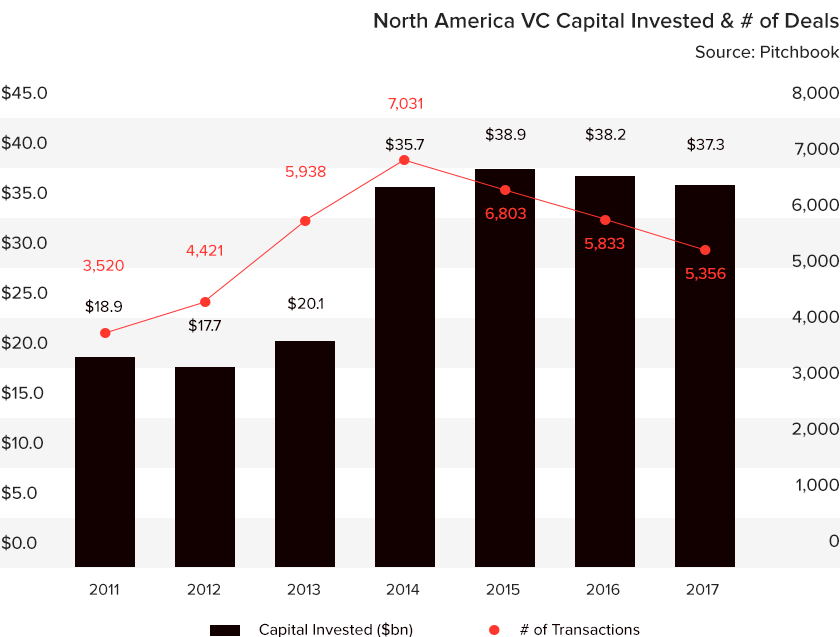 To explain this, we need to look at what is happening to VC deals by stage. As the chart below shows, mid stage deals have been pretty flat for the last few years and late stage deals are on track to be up over 17 per cent in 2017. All the decline in deal volume is coming from early stage transactions that are on track to be down nearly 17 per cent this year and are down nearly 35 per cent from highs in 2014. 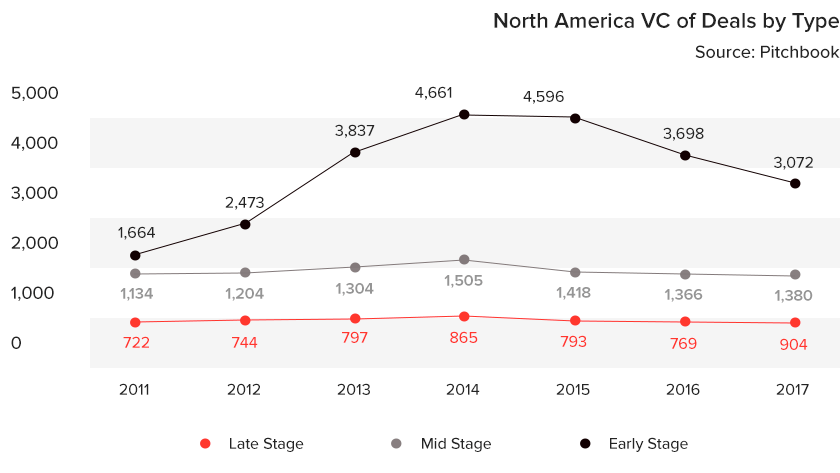 To go further, we really need to dig into Canadian VC deals to see if the same trends hold true as seen in North America as a whole. The chart below shows what’s happening in Canada in terms of VC capital invested and the number of transactions. It shows a very similar picture, with total capital invested remaining relatively steady over the last few years and the number of transactions declining from a 2015 high (vs the 2014 high seen in North America). 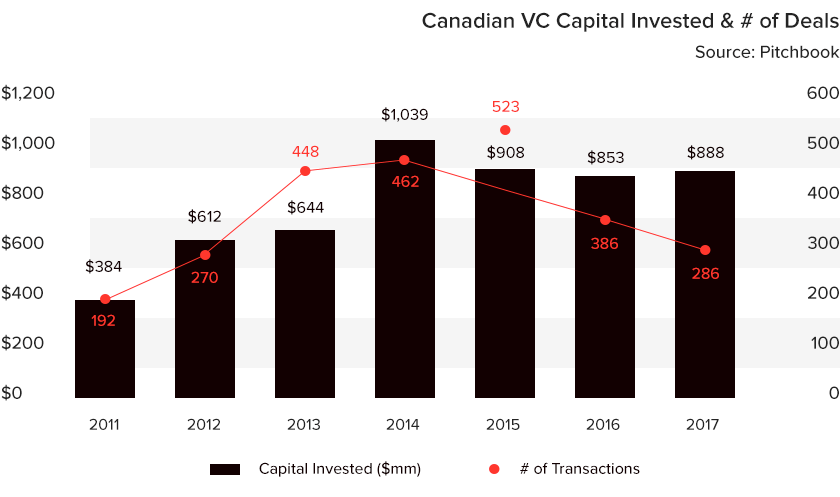 In terms of the split between stages of deals, Canada also follows many of the same trends as witnessed in North America. As evident in the chart below, early stage transactions have taken the brunt of the decline—down over 50 per cent since 2015—while mid-stage is steady to up over the last couple of years. Interestingly enough, and in contrast to the US, late stage deals have also declined in Canada to less than half the 2015 level. 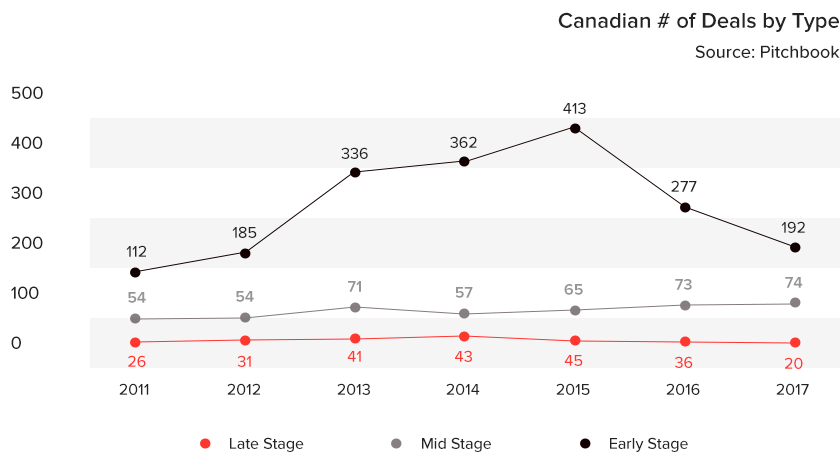 What does this all mean for Canadian tech companies looking to raise capital? Well the early stage market is as competitive as ever. The number of deals has declined dramatically, but at the same time there appears to be more and more companies looking to attract early stage capital. We recommend starting your search for capital early, talking to as many providers of capital as possible and when you do come to raise, raising enough to provide a cushion to the next anticipated capital event.

Edward Bryant is the president and CEO of Sampford Advisors.