In the second quarter of 2017, the company shipped 79 million units, according to data from technology market analyst firm Canalys. Apple, in second, sold 41 million iPhones, up 2 per cent year-over-year.

The biggest growth came from Chinese firms though: Huawei shipments jumped 20 per cent to 38 million, while Oppo and Xiaomi rounded out the top five with growth rates of 44 per cent and 52 per cent. 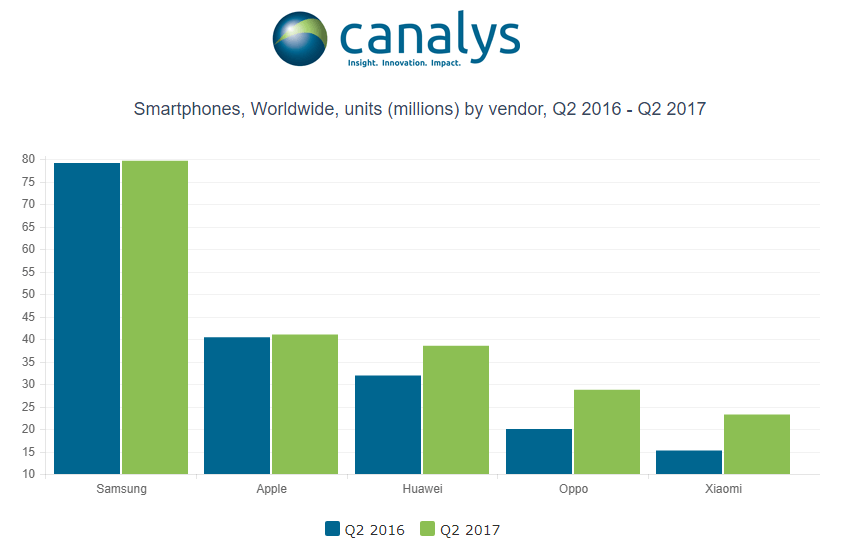 “Shipments of the S8 have been strong in some regions, but there are signs that demand has been overestimated,” noted Canalys Senior Analyst Tim Coulling. “Canalys’ channels research has revealed inventory buildup in Europe, which when combined with discounting in the US, indicates Samsung may be testing the limits of Android smartphone pricing.”