Canadians are spending more money as new methods to pay are introduced to consumers.

According to a report from Moneris Solutions Corporation (see in full below), spending in Canada increased 3.88 per cent in dollar volume in the second quarter of 2017 over the same period last year. This echoes a trend of moderate growth seen in the first quarter of this year, which saw an increase of 3.46 per cent over that same period.

Almost every province posted growth so far, with the exceptions of Saskatchewan and Newfoundland & Labrador. Quebec had the strongest growth, coming in at 5.75 per cent compared to the same quarter in 2016.

Diving deeper into the overall growth numbers, the GDP average weekly earnings and retail sales all grew as well. Tied to this are increases in credit card and debit card spending, up 4.75 per cent and 2.31  per cent respectively.

Canada’s 150th birthday also spurred a lot of tourist spending, with international credit card spending growing close to 11 per cent this quarter compared to last. US tourists spent 7.23 per cent more and were the largest foreign spenders in the country this quarter, which makes sense considering we span the world’s largest border with them. Canada also saw large increases in credit card spending from China and Mexico.

The reasoning behind continued growth in spending can be attributed to a few things. Canada 150 is a big factor, bringing in visitors from all over the world and encouraging Canadians to celebrate their heritage.

On top of this are new methods to pay, making it easier to spend money. The second quarter of 2017 saw the widespread launch of Android Pay and the one year anniversary of Apple Pay. In fact, Canadians have spent 36.29 per cent more this year with contactless forms of payment compared to last years second quarter. Predictions indicate that almost 50 per cent of all transactions will be tap-and-pay by the end of this year.

“It’s clear contactless payments have become a preferred method of payment for Canadians,” says Angela Brown, CEO of Moneris. “Businesses that have embraced this payment option are benefitting from the ability to serve a large group of consumers who enjoy the convenience and ease of contactless payments.”

Moneris is one of Canada’s largest processors of debit and credit card payment.

Here is the full report: 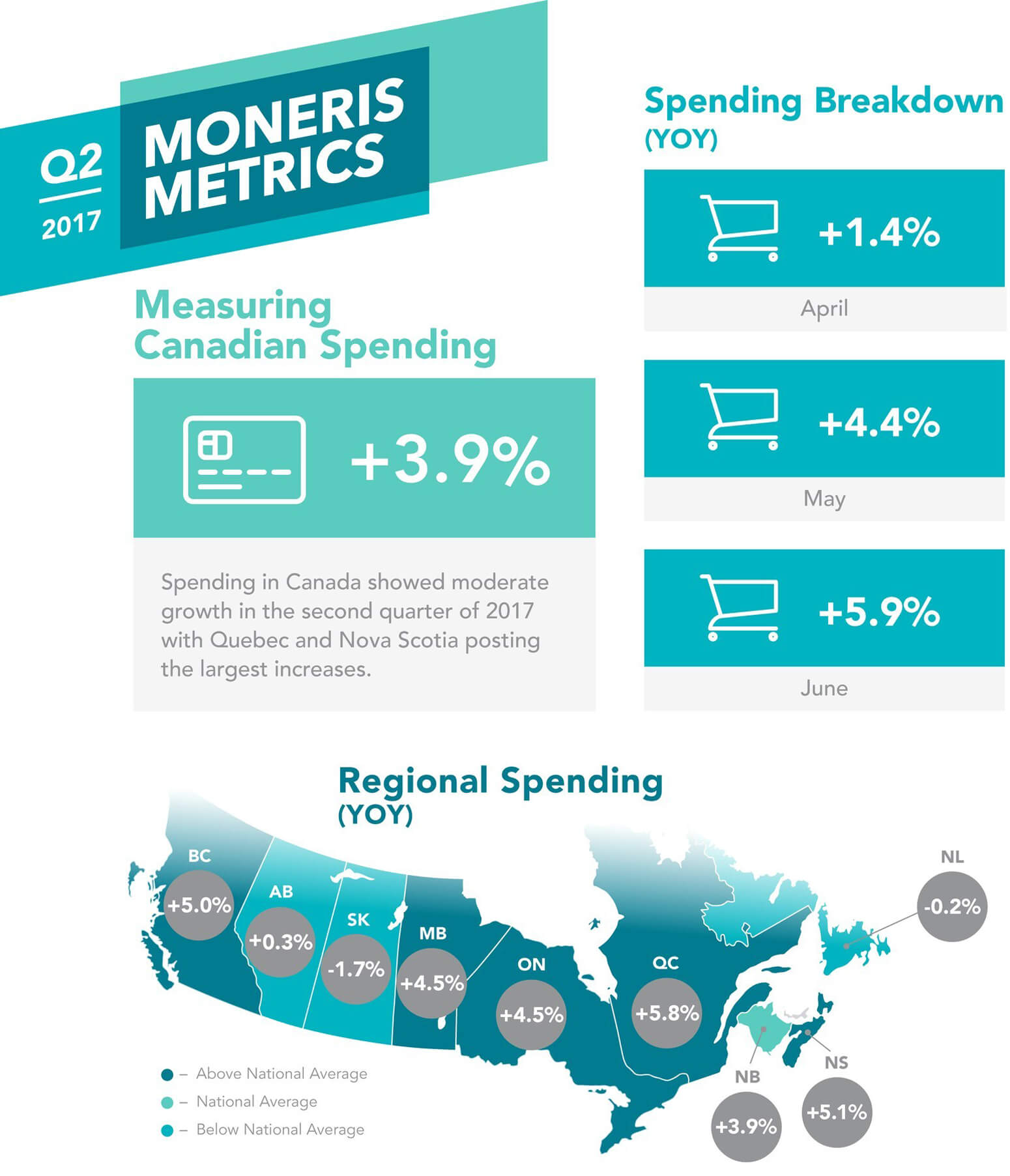 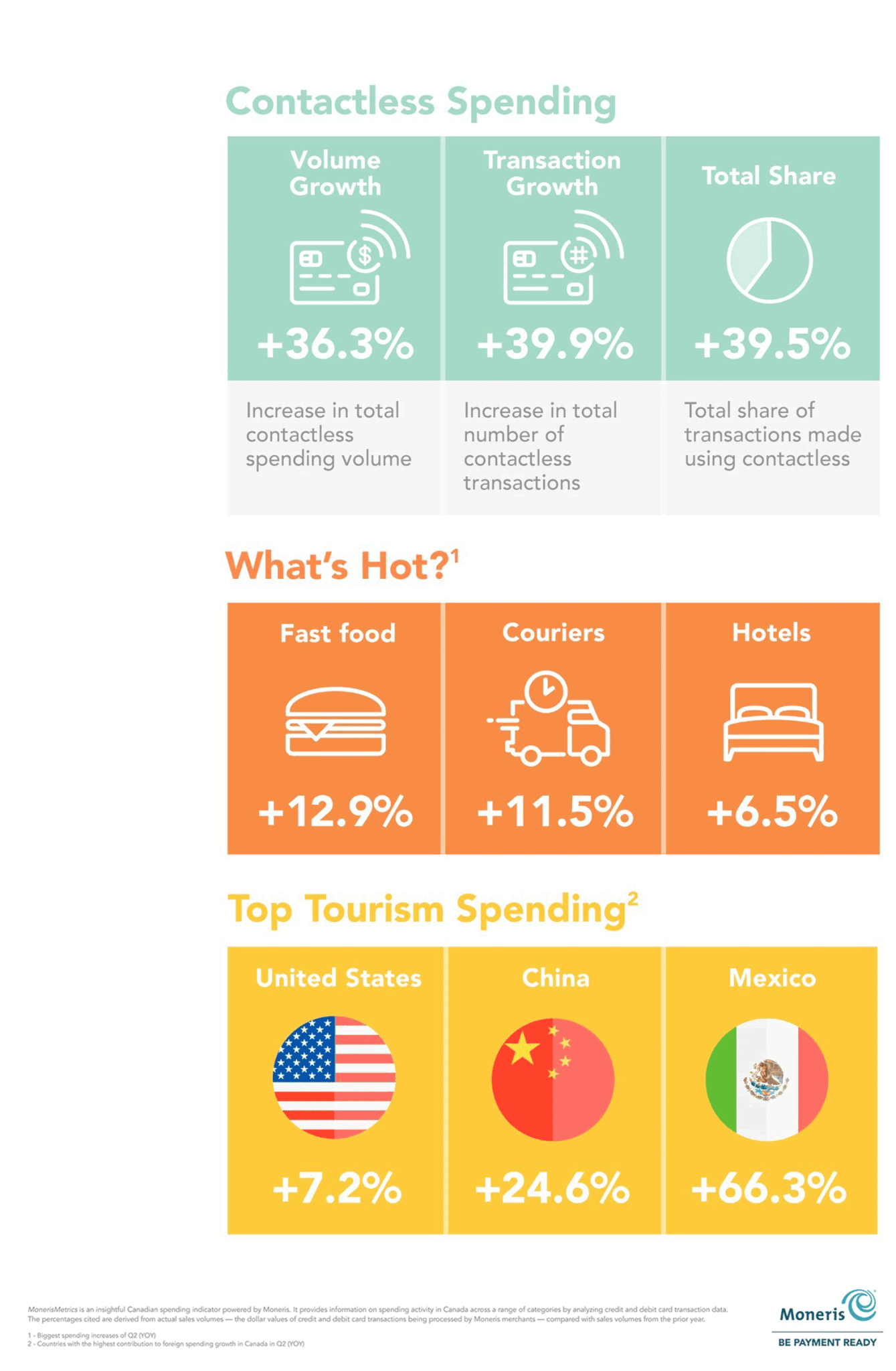