Microsoft wants to address the rural broadband gap in the United States, which sees regions of the country have limited access to high-speed internet at reasonable prices—if at all.

“It is an important opportunity to address a problem that is receiving a great deal of attention, but not many solutions,” says Brad Smith, Microsoft’s chief legal officer.”New cloud services are making broadband a necessity to start and grow a small business and take advantage of advances in agriculture, telemedicine and education.”

34 million Americans—two-thirds of whom live in rural areas—lack broadband internet access, which is defined by the Federal Communications Commission as a 25 Mbps connection. 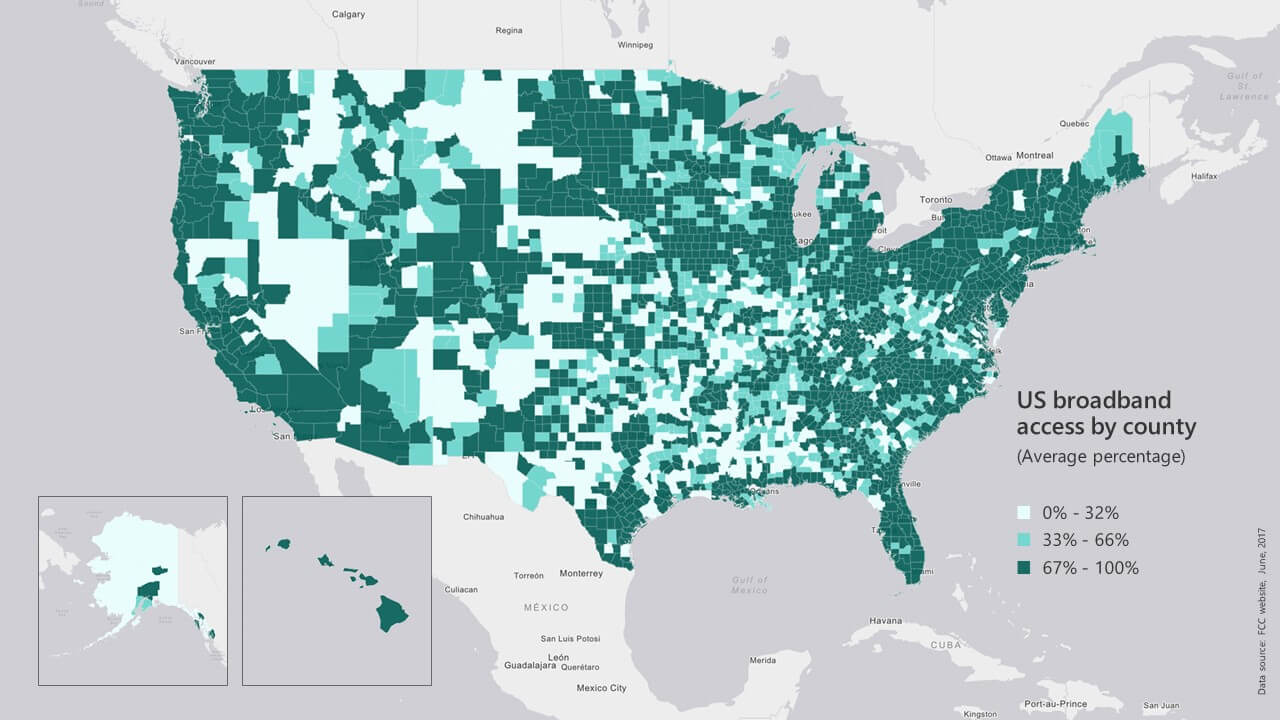 “People who live in these rural communities increasingly are unable to take advantage of the economic and educational opportunities enjoyed by their urban neighbors,” explains Smith, adding that “progress to close the rural broadband gap has plateaued in recent years.”

Microsoft wants to eliminate the rural broadband gap within the next five years.

“We believe the nation can bring broadband coverage to rural America in this timeframe, based on a new strategic approach that combines private sector capital investments focused on expanding broadband coverage through new technologies, coupled with targeted and affordable public-sector support,” says Smith.

Microsoft wants to use TV White Spaces spectrum, which is the unused spectrum in the UHV television bands. The 600 MHz frequency range enables wireless signals to travel over hills and through buildings and trees. Satellite coverage would fill any leftover voids.

“One of the big benefits of this new approach is a dramatic reduction in the cost of bringing broadband rates to rural communities,” argues Smith, who says the project could be completed for under $12 billion, which is significantly cheaper than relying solely on fiber cables.

Microsoft says its Rural Airband Initiative will invest in partnerships with telecommunications companies; it will help train people on the latest technology so they can use this new connectivity; and it will stimulate investment by others through technology licensing. 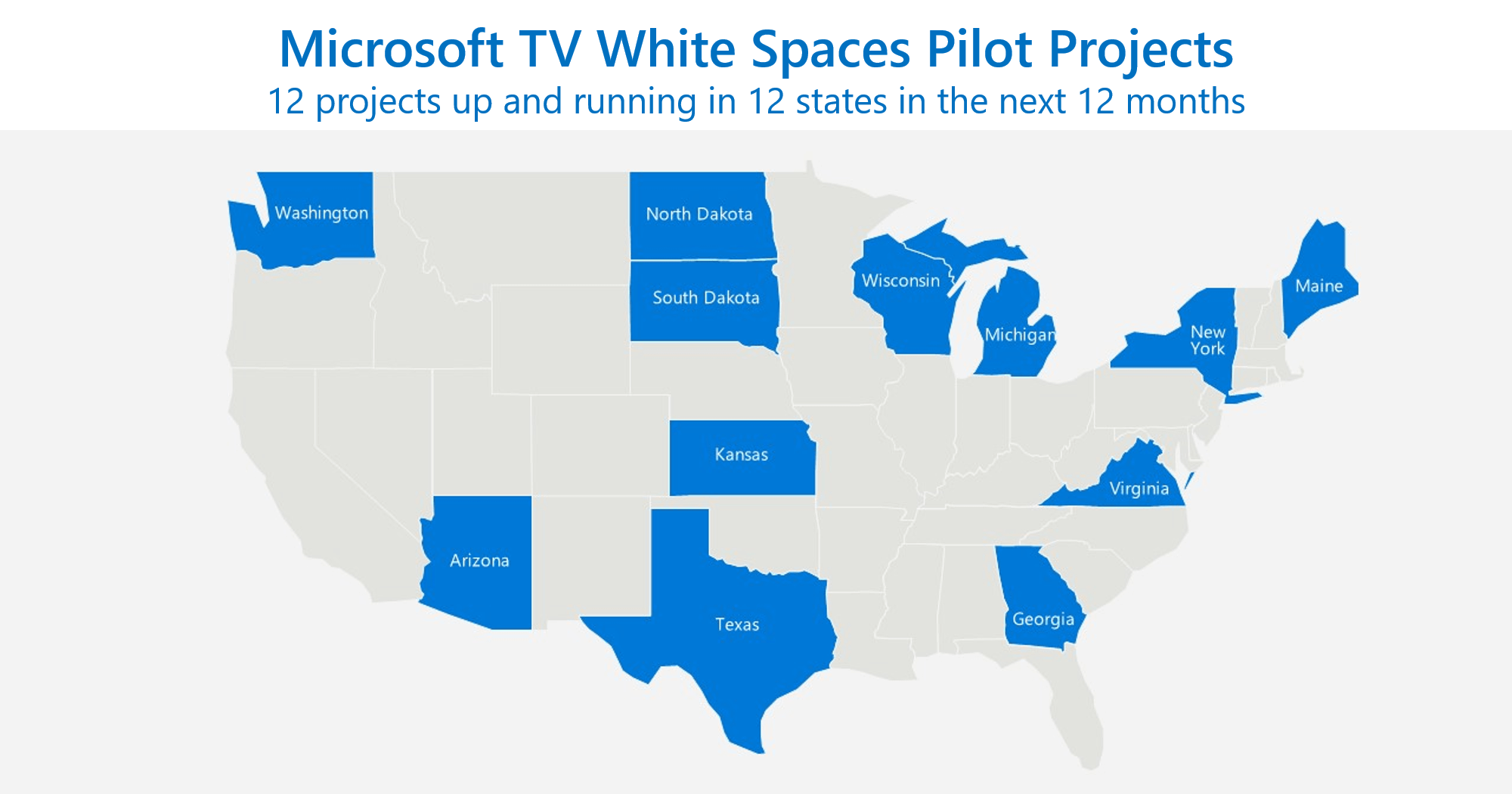 Microsoft admits that, for the project to succeed, it requires governmental participation.

“The FCC needs to ensure the continued use of the spectrum needed for this mixed technology model,” says Smith, adding that  “federal and state infrastructure investments should include targeted funds on a matching basis for the capital investments that will best expand coverage into rural areas that currently lack broadband access today.”