Step aside hybrid cars and compact sedans; gas-guzzling SUVs and trucks remain what most Americans are Googling these days.

Different makes and models of trucks and SUVs were the most searched vehicles in 23 states, according to a Google search analysis by Gold Eagle. Only two states had top searches for electric and hybrid vehicles. 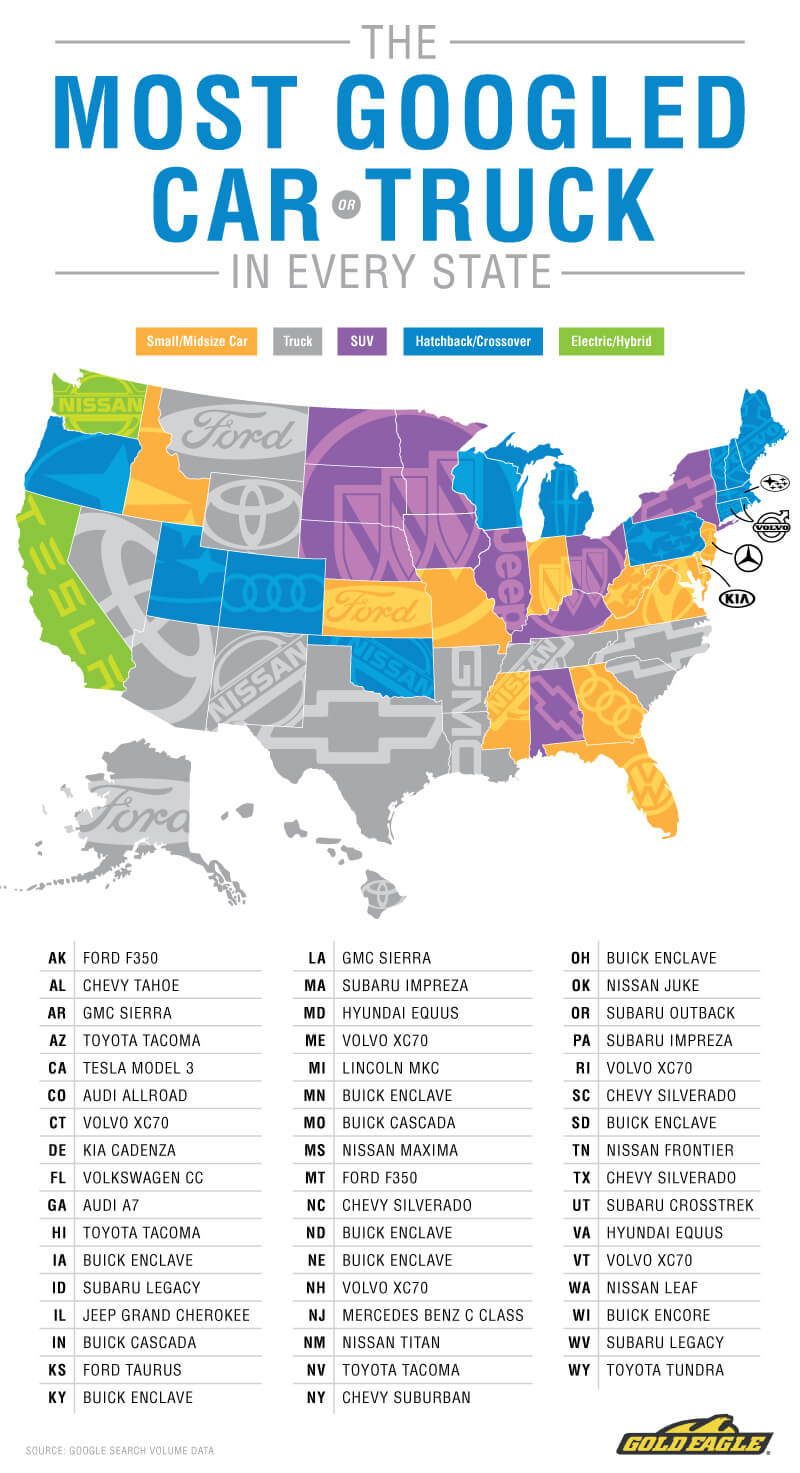 The most searched for car was the Buick Enclave, coming out on top in eight states. Subarus were also a popular pick with different models trumping car searches in six states.

Sales for the SUV were up 23% in June compared to the same time last year. Ford Sales Analyst Erich Merkle commented on last month’s performance of Ford brand SUVs.

This news comes at a time where electric cars are seeing a lot of hype and Tesla’s Model 3—its most affordable car—enters production.