2.6 billion new mobile broadband subscribers will be added through 2022, an average of more than one million per day, according to the latest edition of the Ericsson Mobility Report.

The report shows the highest year-on-year mobile data growth globally since 2013, led by massive growth in India, and highlights an underlying need for mobile data, especially LTE, which currently stands as the fastest-growing mobile technology in history, according to Ercisson. Global mobile data traffic could increase to eight times its current level by 2022.

“Based on measurements made in hundreds of mobile networks, the Ericsson Mobility Report data truly illustrates the tremendous underlying growth in the industry,” Niklas Heuveldop, Chief Strategy Officer and Head of Technology and Emerging Business, Ericsson, says. “4G subscriptions are increasing faster than ever, Voice over LTE uptake is accelerating, and traffic growth has reached levels we have not seen since 2013.” 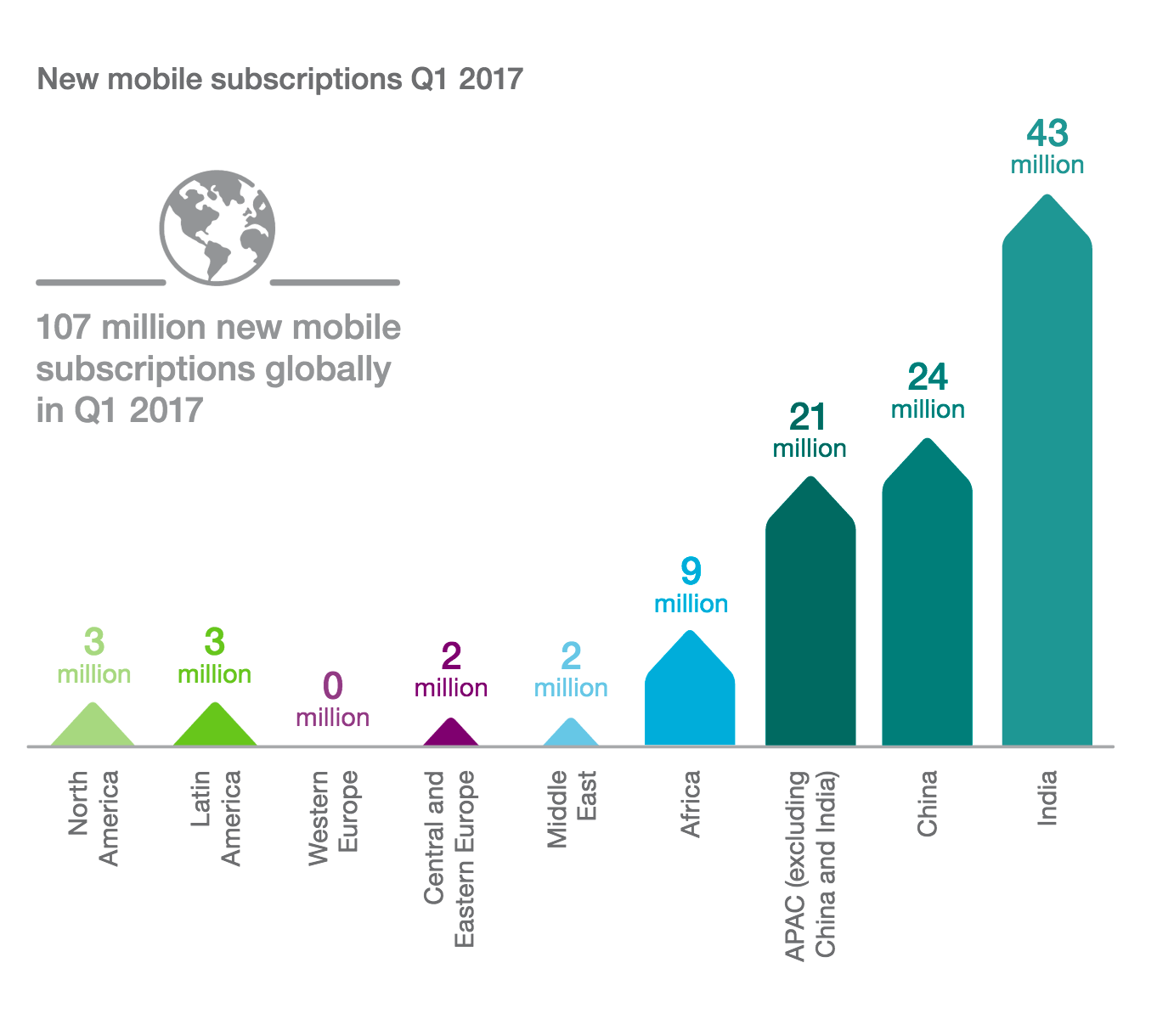 In 2018, LTE is expected to overtake GSM as the largest access technology by number of subscriptions. It has taken only five years for LTE to cover 2.5 billion people, compared to eight years for 3G.

Subscriptions associated with smartphones have surpassed those for basic phones, the report also noted. Of all subscriptions, 55% are now for smartphones and, in Q1, smartphones accounted for 80% of all mobile phones sold.