Many Canadians may dream of one day striking out on their own and being their own boss, but when the time comes to make the jump, most of them won’t be willing to take the plunge.

We are a country that holds in high esteem those brave entrepreneurs who strike out on their own. In many ways we watch these tough, self-made powerhouses with a mix of envy and admiration, basking in the tantalizing prospect of setting your own hours and the human need for self-determination, yet unwilling to join their ranks.

So where do Canadians sit on the spectrum of the adventurous, entrepreneurial spirit? And what’s holding us back from embracing our inner entrepreneurship?

According to Randstad Canada’s latest Workmonitor survey, more than half of Canadians (53%) have caught themselves daydreaming of the possibility of pursuing their own business. This should come as no surprise, as nearly 80% agree that Canada is an excellent place to start a new business. 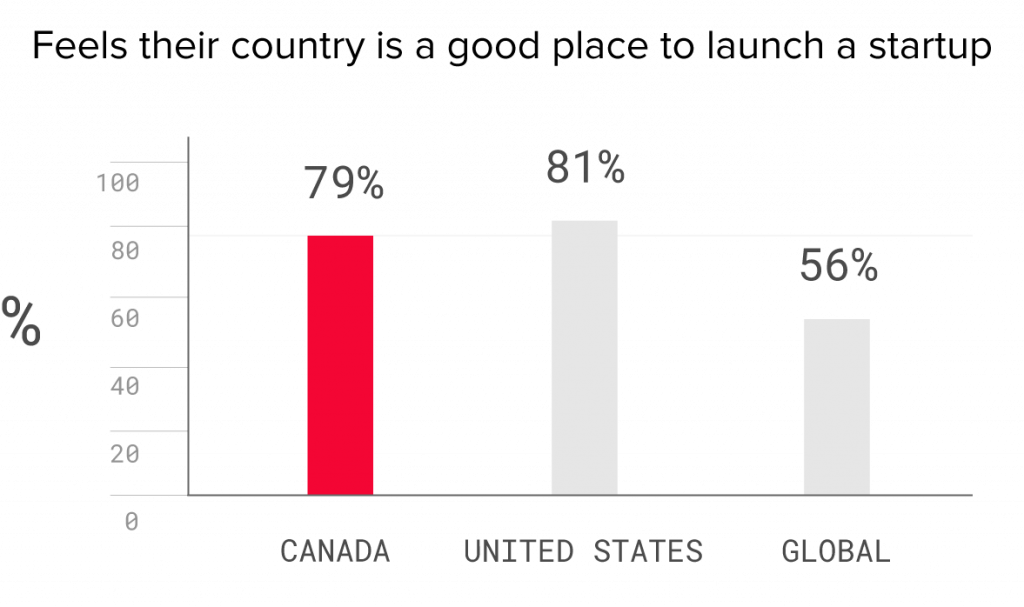 So what exactly makes Canada such an appealing place for entrepreneurs?

A few uniquely Canadian factors are at play. First, the Canadian government is generous in its tax credits and grants for small businesses creating additional channels of opportunity. The government also encourages global talent to bring their ideas to Canada through its Start-Up Visa program.

Second, particularly for the tech sector, the cost of living in Canada is more manageable compared to other international hubs like San Francisco where rent has priced many talented tech entrepreneurs out of the market.

But even though Canada seems like fertile ground for entrepreneurs, surprisingly only 21% of Canadians have considered actually turning the entrepreneur dream and making it a reality by striking out on their own. 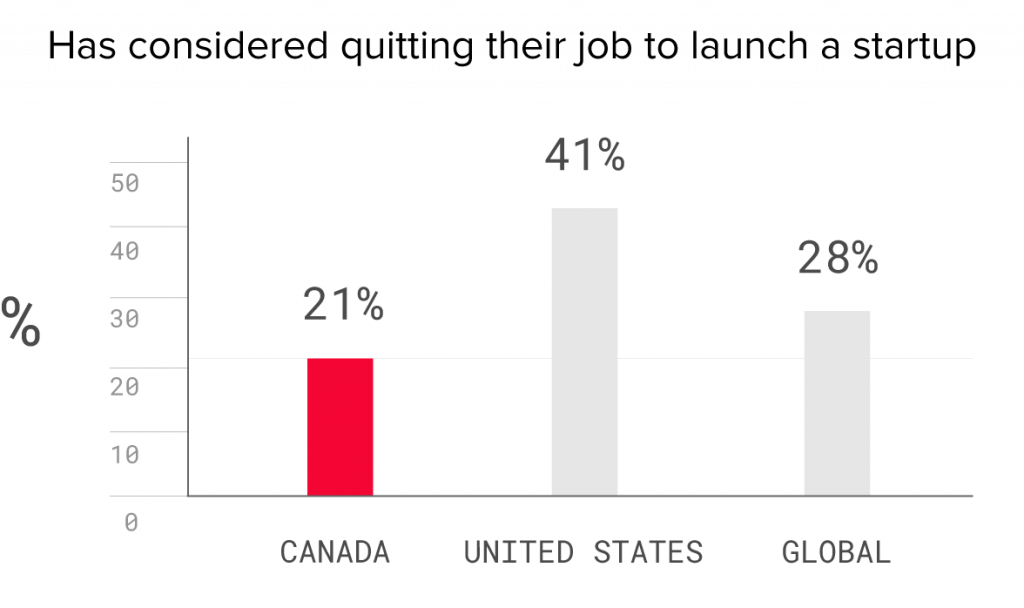 Despite having all the right factors working in their favor, 57% of Canadians believe the risk of failure outweighs the potential for success—not exactly a nation of risk takers.

What’s even more striking is that Canadians reported having lower job satisfaction than their peers in the United States and Mexico, and yet they remain hesitant to pursue their own ventures. So why the hesitancy?

There are a few factors we might consider. Canada is a conservative nation that values not only politeness and punctuality but also reliability. The security of a paycheck arriving every two weeks is not easily thrown away for many Canadians.

On top of that, Canada has so far been lucky enough to weather the global economic storms which have left our less fortunate neighbors scrambling to find their balance again. Canada’s unemployment levels have therefore remained fairly low, leaving an abundance of job options for the hesitant entrepreneur.

Could it only be it’s the risk-averse Canadian spirit that is holding back would-be entrepreneurs? Possibly. But external factors may also be giving Canadians pause before handing in their notice to head for greener pastures.

The rise in anti-globalization sentiment over the past several years has given rise to stunning political developments, and a return to more inward-looking policies in many areas of the world.

So what should we be doing to help encourage Canadians to take the small business plunge? Could the current political climate south of the border encourage more talented entrepreneurs to venture North and found new companies? Could skyrocketing housing prices in Canada’s biggest cities force some entrepreneurs to seek out smaller cities for the headquarters of their small businesses?

These are just some of the questions we need to be asking as we look to the future of Canada’s small business economy.

Canadians will always remain inherently reserved to some degree, but we have a chance to take the lead in becoming a beacon for the entrepreneurial spirit, both nationally and abroad.

The question is: are we up to the task?

Faith Tull is the Chief People Officer for Randstad Canada.