Recent trends indicate solid progress has been made in terms of venture capital financing activity in Canada, suggests a BDC Capital report released this week at the Canadian Venture Capital & Privacy Equity Association Annual Conference, but there remains a gap in late-stage growth capital.

“There has been a tremendous amount of interest in Canada’s technology sector, particularly in the context of a desire to accelerate innovation in Canada,” the report reads. “Canadian policymakers and other stakeholders have made strengthening the VC sector a priority, based on an understanding that a strong VC industry is critical to developing a vibrant tech ecosystem.”

There has been a steady upward trend with a 113% increase in the total amount of venture capital invested in Canada over the last five years. In 2016, $3.2 billion in VC investments were made in Canada, compared to $1.5 billion in 2011. This was coupled with a 19% increase in the number of fundraising rounds over the same period, with 530 deals in 2016 compared to 445 in 2011. 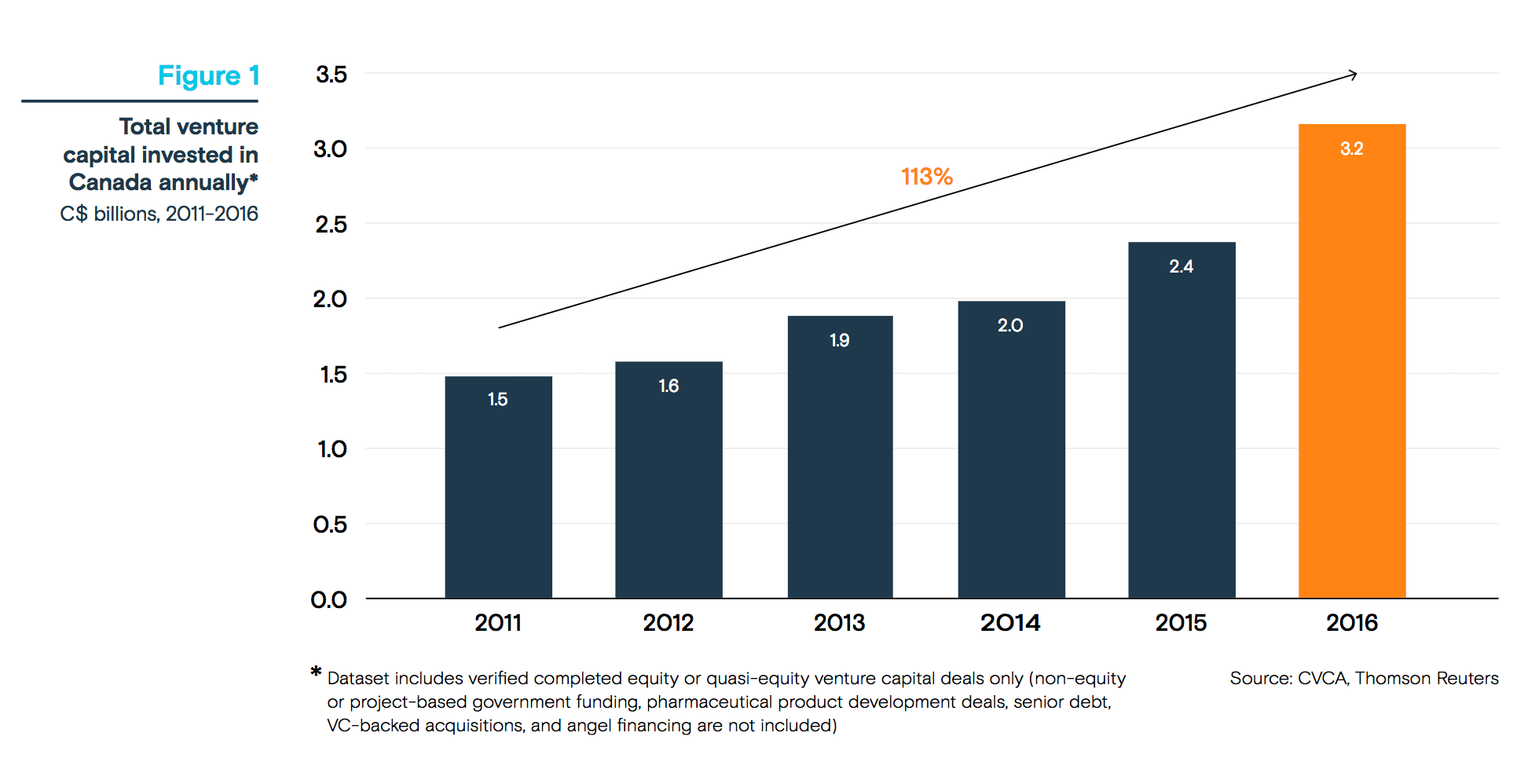 One important caveat, though, is that the average round size has not increased as rapidly as has been observed in other countries. Since 2013, average deal size in Canada increased by only 16% versus 77% in the U.S.

Moreover, despite the generally positive trends for VC in Canada, the research highlighted a persistent challenge: a difficult exit landscape.

“The main issue with exits in Canada is that VC investors earn substantially less than those in other countries when they exit businesses,” the report reads.

Comparing the median exit size in 2016, Canadian exits were nearly an order of magnitude smaller than those in the U.S. ($18 million versus $164 million), according to BDC’s report.

“Canada’s smaller exit sizes truly are the result of an underlying problem of scaling up companies and not the result of a different risk/return profile favored by investors,” the report suggests.

Regardless of drawbacks, however, BDC concludes that “Canada’s VC ecosystem has made tremendous progress in recent years.”