NEXT Canada, a national non-profit organization committed to advancing Canadian innovation, released the findings of a new survey as part of its What’s Now What’s NEXT campaign, which looks at the next 150 years of technology.

The survey found that Canadians who self-identify as “tech enthusiasts” are much more likely to have a positive outlook on the future of tech than “daily tech users” and “less engaged users.”; it also revealed that more than half of Canadians believe that the next 150 years will see the use of one global currency, that augmented reality will replace mobile phones, and that classrooms will be replaced by digital learning experiences.

Canadians weighed in on technology predictions made by NEXT Canada entrepreneurs. The survey revealed that 75% of Canadians believe that short-term changes to food, transportation, banking, and fashion are highly likely. Within the next 150 years, some Canadians believe it’s likely that we’ll live on a different planet (23%), and that Canadians will teleport as their primary method of transportation (25%). 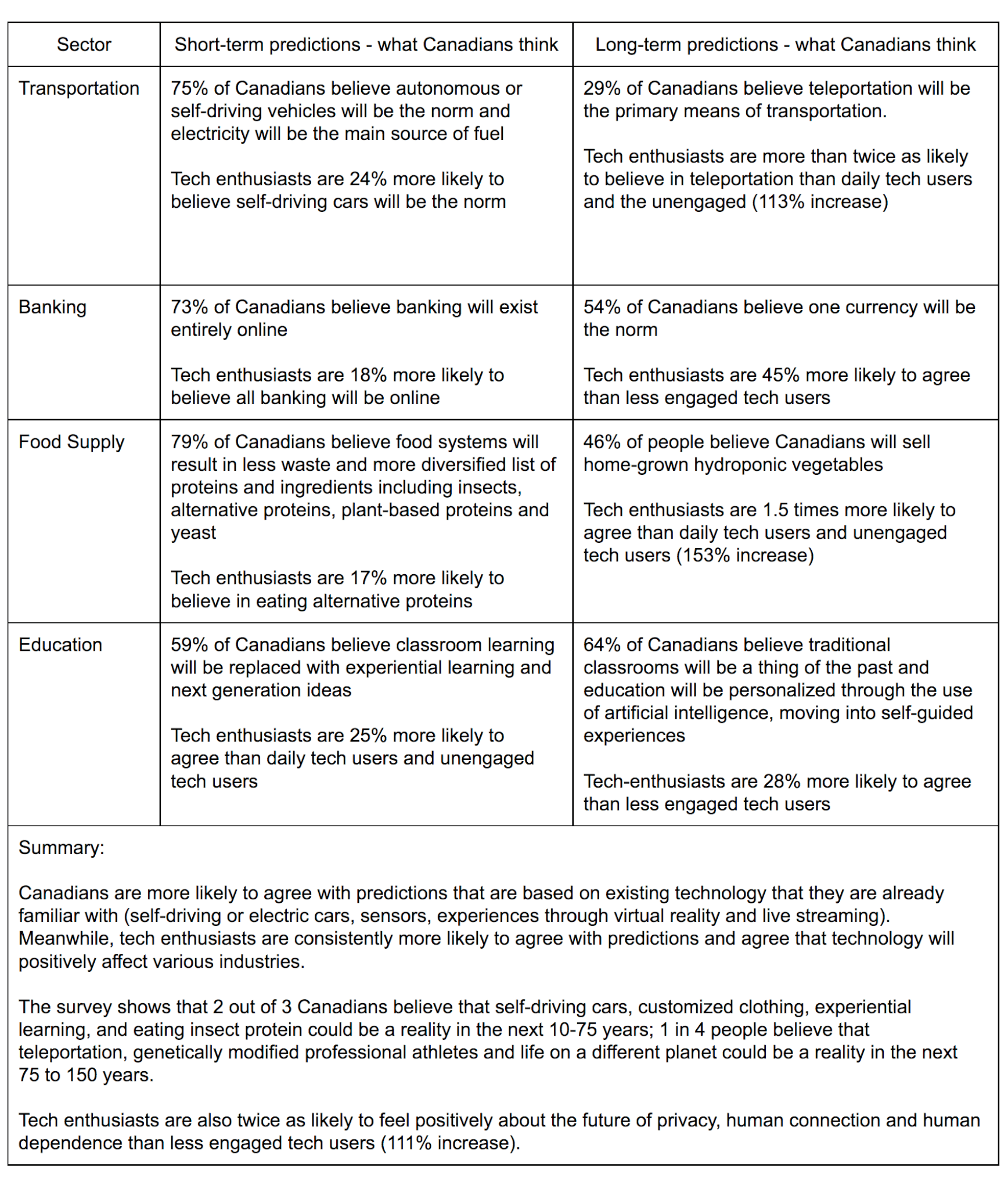 “While this survey shows that Canadians are excited about the potential for self-driving cars, bugs as new protein sources, and the rise of artificial intelligence, it also proves that education is crucial to making these tech advancements possible,” said John Kelleher, NEXT Canada Board of Directors Co-Chair. “NEXT Canada programming aims to educate the next generation of entrepreneurs and to spur innovation, and as a Canadian organization, education is vital to our overall mission of moving technology forward.”