iMessage is getting some upgrades, including a redesigned drawer for apps and stickers; optimized device storage; and the ability to transfer money to friends and family via Apple Pay, according to Apple’s Senior Vice President of Software Engineering, Craig Federighi.

Siri also got some updates, including new, more natural-sounding voices, as well as a beta translation feature, including English to Chinese, German, and Italian. In addition, Siri will now become smarter through on-device learning, and that intelligence will sync across Apple devices. Federighi noted that there are nearly 400 million monthly active Siri users.

Apple is also making updates to Photos, including improved recognition technology, and Maps, including indoor mapping and lane guidance, as well as to Apple Music and HomeKit. 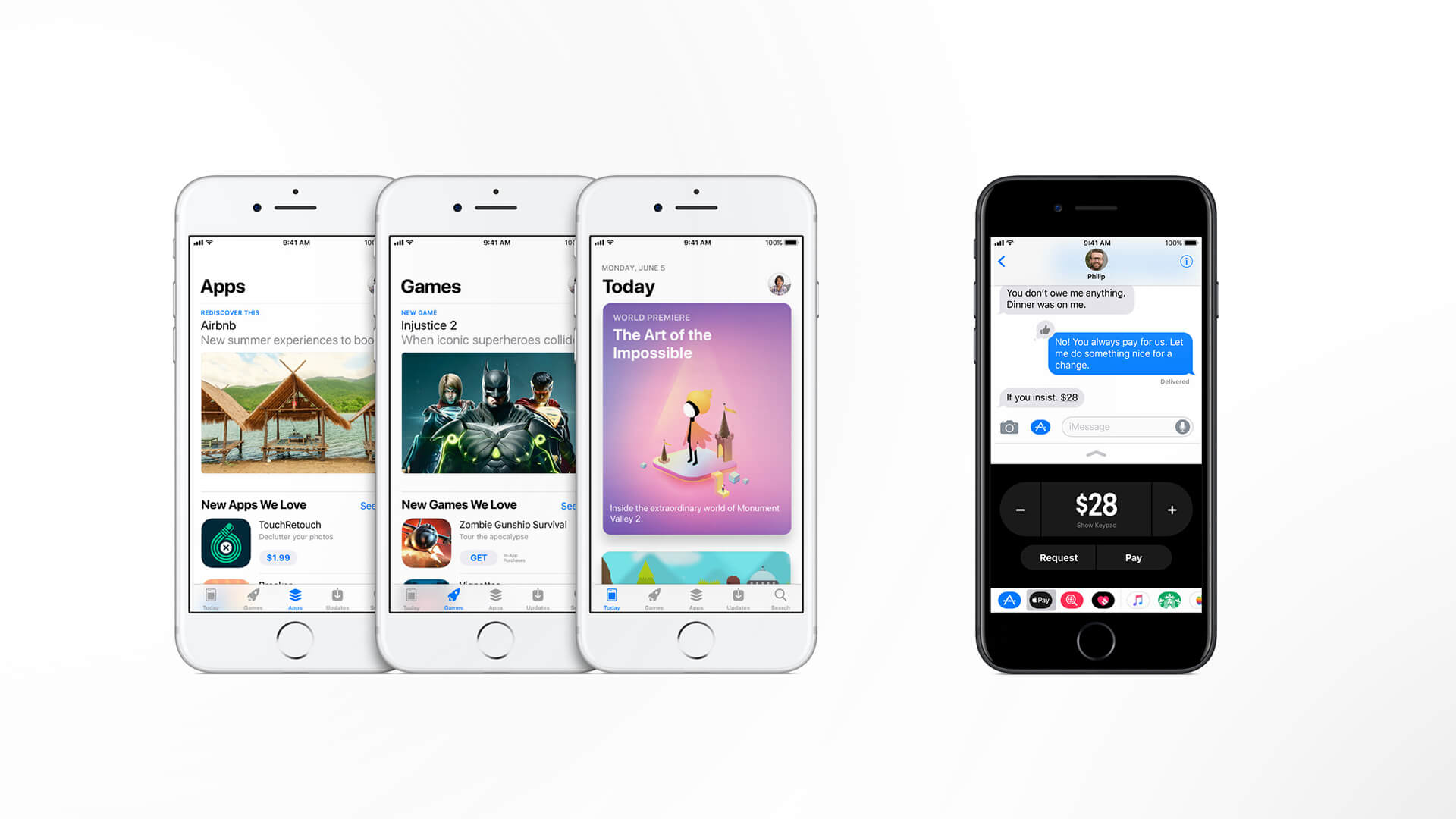 iOS 11 will also feature an overhauled App Store. The App Store, which has 500 million weekly visitors, will feature new tabs that enable app discovery. In addition, Phil Schiller, Senior Vice President of Worldwide Marketing, says apps have been downloaded 180 billion times and Apple has paid third-party developers $70 billion since the store launched in 2008.

One of the coolest updates is a new augmented reality app, which uses the iPhone’s camera and sensors and the all-new ARKit to create what Apple is calling “the largest AR platform in the world.” A new app is able to generate AR environments in real-time.

At WWDC, Apple also showed off WatchOS 4 and unveiled the first-ever iMac Pro.