From the Mauna Loa Observatory in Hawaii, one can often look down through undisturbed air at the sunset reflecting off the clouds below.  From this environment, as tranquil as it is remote, scientists monitor the atmosphere as they’ve been doing continuously since 1958.

Last month, the observatory was the source of very unfortunate news:  sensors reported that carbon dioxide in the atmosphere had just surpassed 410 parts per million, a level not experienced by the planet for millions of years.

The report came on the heels of a January announcement by NASA that 2016 had produced yet another record for the warmest Earth surface temperatures recorded since they began recordkeeping in 1880.  With these steady marches upward, one could be forgiven for frustration or even outright resignation about global warming.

But according to renowned environmentalist, entrepreneur, and author Paul Hawken, runaway global warming is not a foregone conclusion.

Hawken’s new book, Drawdown (which he is officially credited as editing), is a blueprint for how we can not only reach stabilization of greenhouse gases in the atmosphere, but actual drawdown—that is to say, a year-over-year reduction. Drawdown requires no futuristic solution, according to the book. The solutions already exist; moreover, they’re practical.

Drawdown is billed as “the most comprehensive plan ever proposed to reverse global warming.”  Hawken says that’s true by default.

“No plan has ever been proposed to reverse global warming, so it is the most comprehensive,” Hawken says.

The reason for the optimism?  Through a confluence and compounding of 100 already-existing solutions – 80 well-known solutions with peer-reviewed data and 20 coming attractions – we can start on the road to drawdown today.  Coming attractions are technologies “that are incipient, on the horizon, not quite there yet – scientifically validated but there is no peer reviewed data that we can call upon to model them,” Hawken says.

“The most comprehensive plan ever proposed to reverse global warming.”

The solutions involve a mixture of technology and behaviour. In the book, explanations of each solution include the amount of greenhouse gases removed or reduced and the cost impact—or in most cases, the net savings—of implementation.

The common renewable energy solutions such as wind and solar are there to be sure, and coming attractions include technologies such as marine permaculture, the artificial leaf, and smart grids. 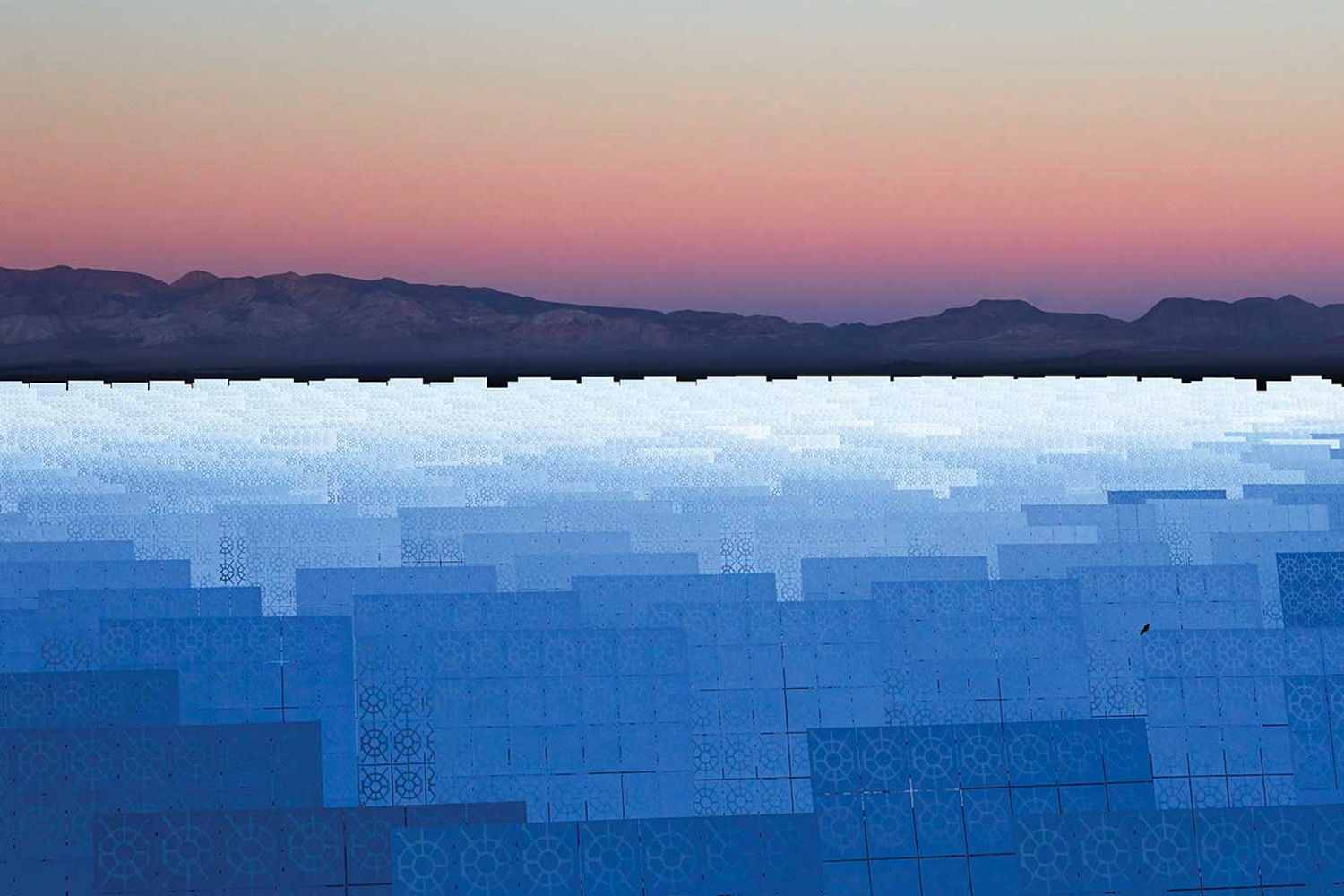 However, some of the solutions are surprising.  While solar often jumps to mind when considering answers to climate change, reliance on solar alone doesn’t give humanity “a hall pass to the 22nd Century,” Hawken says. Indeed, solar technology only stands at eighth in terms of impact.

The third most effective solution, for instance, is reducing food waste.  Food requires tremendous energy to produce, and is wasted at scale, often ending up in landfills and becoming a source of methane emissions.  The fourth most effective solution is the adoption of a plant-rich diet, and the sixth is the education of girls, not something usually associated with climate change.

Educating girls, though, leads to adult women who have fewer, but healthier children (and of course equips them with the knowledge and skills required to better contribute to the fight). An analysis published in Science magazine, based on demographic insights gained from South Korea’s rapid rise from among least to most educated countries in the world, claims that if all girls globally attend primary and secondary school, by 2050 there would be nearly 850 million less people on the planet than if we follow the current trajectory.

The Drawdown project truly began in 2001 after the third assessment of the Intergovernmental Panel on Climate Change was published, revealing a more pessimistic view than the second, which had in turn been worse than the first.  The trajectory was clear.  While some hope was signalled to the world when Princeton’s Carbon Mitigation Initiative announced their concept of the eight Stabilization Wedges, Hawken felt that a large proportion of its fifteen strategies to stop just short of irreversible global warming were simply unrealistic.

“[E]leven of the fifteen of those solutions were deeply underwater financially,” Hawken says. Also, they “could only be effected by a large energy utility or car company, generally the most conservative companies in the world, or types of companies. And they would have to be approved by boards of directors who are the holders of conservatism in a big corporation. And they were assuming, or expecting, or asking them to approve something that in fact would cause that corporation to lose serious money for a long, long time.”

To be sure, in 2012 after Bill McKibben’s frightening Rolling Stone article, Global Warming’s Terrifying New Math, came out, many of Hawken’s friends and colleagues expressed to him that they felt it was “game over”.

Hawken felt the opposite. “Well, if that is having such an impact on people then maybe it’s ‘game on’,” Hawken says.

Hawken then set out to do what no one up to that point had done:  compile a list of the hundred most substantive solutions to global warming.  70 research fellows from 22 countries proceeded to work for over two years to organize the answer.

Actions of the Individual, the Community, and the Country

There is no solution too small, Hawken explains.  In fact, individuals and small communities can effect significant change.

“Individuals are not just individuals.  They’re neighbours, they’re community, they’re cities, towns, villages. They may be a city manager. They may be a facilities manager for a company,” Hawken says.  So when “an individual sees a solution that is applicable to the agency in which that individual actually is operative, like a city manager, then he or she can then say ‘Well look, this is something we can do in our town.” 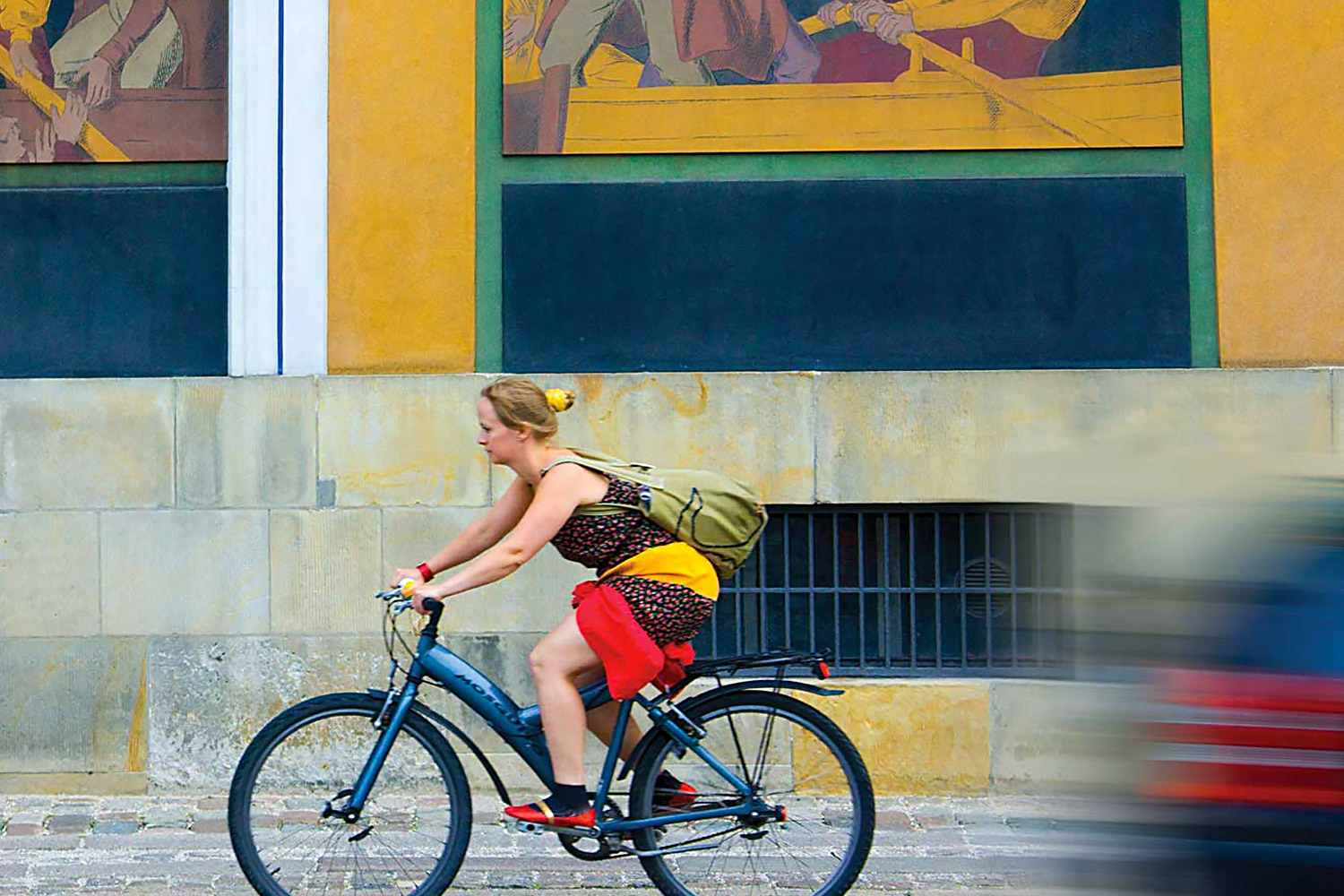 The Oxford Community Energy Co-Op in Southern Ontario is an excellent example. About an hour and a half driving outside Toronto, a local community raised $9 million to fund a wind farm with 10 Senvion MM92 wind turbines. By late 2016, it was announced that the turbines were generating 18 megawatts of electricity, powering 6700 homes.

Gideon Forman, Climate Change and Transportation Policy Analyst with the David Suzuki Foundation, said, “I was bowled away at what this small group of 200 people in southwestern Ontario are doing with their renewable energy coop. The scale, you know, being able to power almost 7000 homes with ten windmills.”

“It’s emissions free. It’s creating jobs locally, and people who are members of the co-op are making money from their investment,” Forman says.

In well written and accessible language, Drawdown invites individuals, communities, and governments to understand the compounding effect of available solutions. In Canada, the message couldn’t be more timely. The Canadian government has taken a beating in the media recently over climate change hypocrisy. Last month both Bill McKibben and David Suzuki came out with articles calling out the federal government on its support for fossil fuel infrastructure.

Hawken’s voice carries weight when it comes to change and environmental sustainability. The author of Naked Capitalism and The Ecology of Commerce has had major influence on sustainability practices in business, most famously with the late Interface CEO Ray Anderson. After being moved by The Ecology of Commerce, Anderson’s large carpet and fabric manufacturing company undertook Mission Zero, the “promise to eliminate any negative impact our company may have on the environment by the year 2020.”

Can Drawdown have the effect in Canada and globally that Ecology had on Interface?  Hawken ends his foreword to Drawdown, “We see global warming not as an inevitability but as an invitation to build, innovate, and effect change, a pathway that awakens creativity, compassion, and genius. This is not a liberal agenda, nor is it a conservative one. This is the human agenda.”

With solutions practical and available, and with costs and benefits measured, the optimism and call to action are compelling.