Spending in Canada grew by 3.4% in the first quarter of 2017 on a year-over-year basis.

While overall spending is up, the quarter’s results continue a trend of gradually slowing growth, suggesting that 2017 may be a year of moderate spending when compared to 2015 and 2016, according to the “MonerisMetrics Quarterly Report” released by Moneris.

“As anticipated, spend rates are continuing to climb, but at a more modest level than in previous quarters,” said Angela Brown, CEO of Moneris. “We don’t expect to see any drastic deviations from this trend over the next few quarters.”

March was the strongest month of the quarter, demonstrating growth of 4.4% over the same month last year. From a regional perspective, Quebec led the country’s spending growth, with increases of 5.5%.

Credit cards continued to dominate the share of spending in the first quarter, representing 65% of transactions. But 2017 has seen continued growth in the use of contactless payments by Canadians: the volume of “tapped” dollars increased by 62% during the quarter, while the total number of contactless transactions increased by 51% per cent over the same period in 2016. 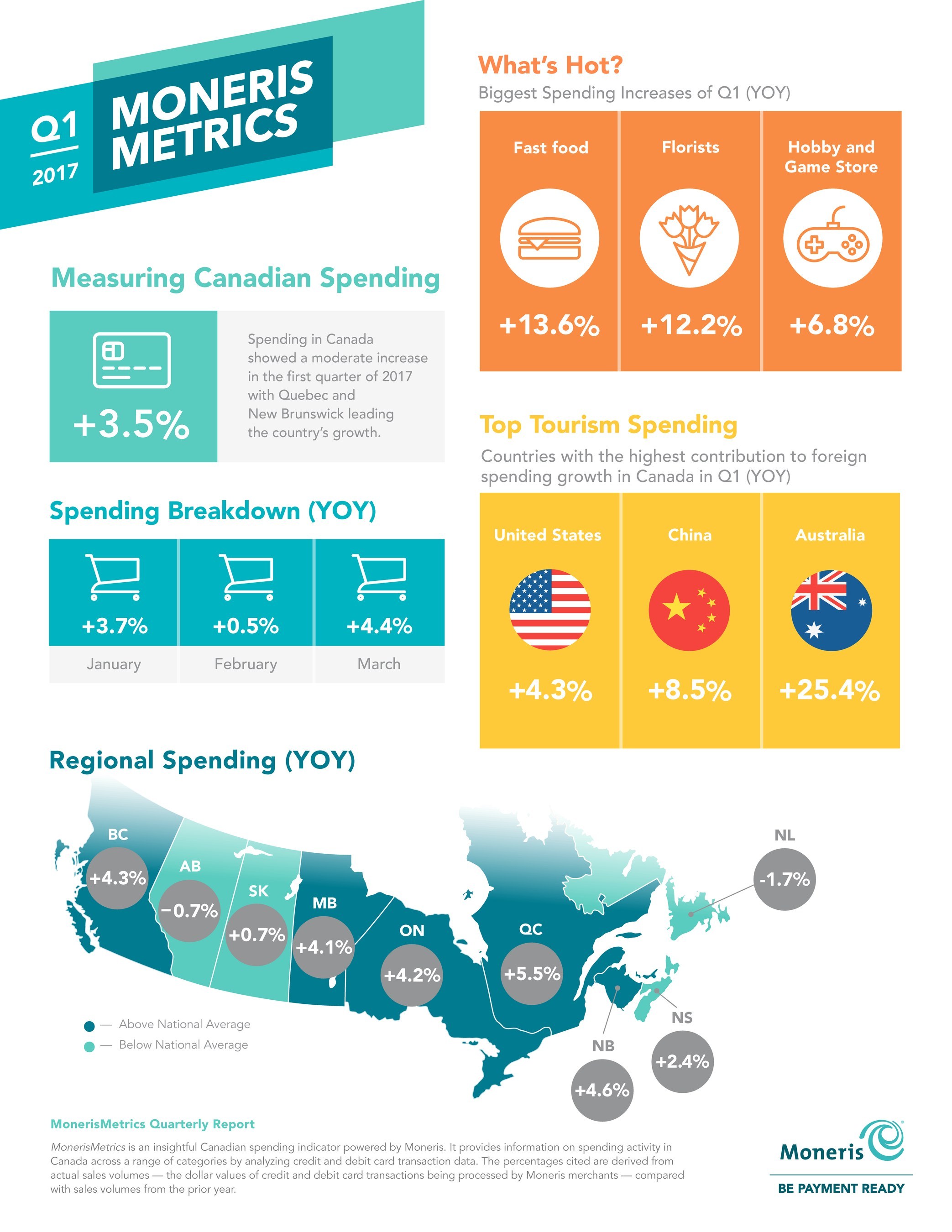 “As contactless payments have grown exponentially over the last two years, this quarter’s slowing growth suggests that tap-and-pay methods have finally begun to enter the Canadian mainstream,” said Brown. “As more Canadians reach a level of comfort with these options, and more mobile wallet solutions enter the marketplace, we’ll see contactless numbers continue to grow at a more regular pace over the next few quarters.”