Challenging critics, Google is arguing that there is no gender-based pay gap at the company.

“We were quite surprised when a representative of the Office of Federal Contract Compliance Programs at the U.S. Department of Labor accused us of not compensating women fairly,” said Eileen Naughton, vice president of people operations. ” Google conducts rigorous, annual analyses so that our pay practices remain aligned with our commitment to equal pay practices.”

According to Naughton, each year Google suggests an amount for every employee’s new compensation (consisting of base salary, bonus and equity) based on role, job level, job location as well as current and recent performance ratings, which is “blind” to gender. Google insists there are no “statistically significant differences between men’s and women’s compensation.” 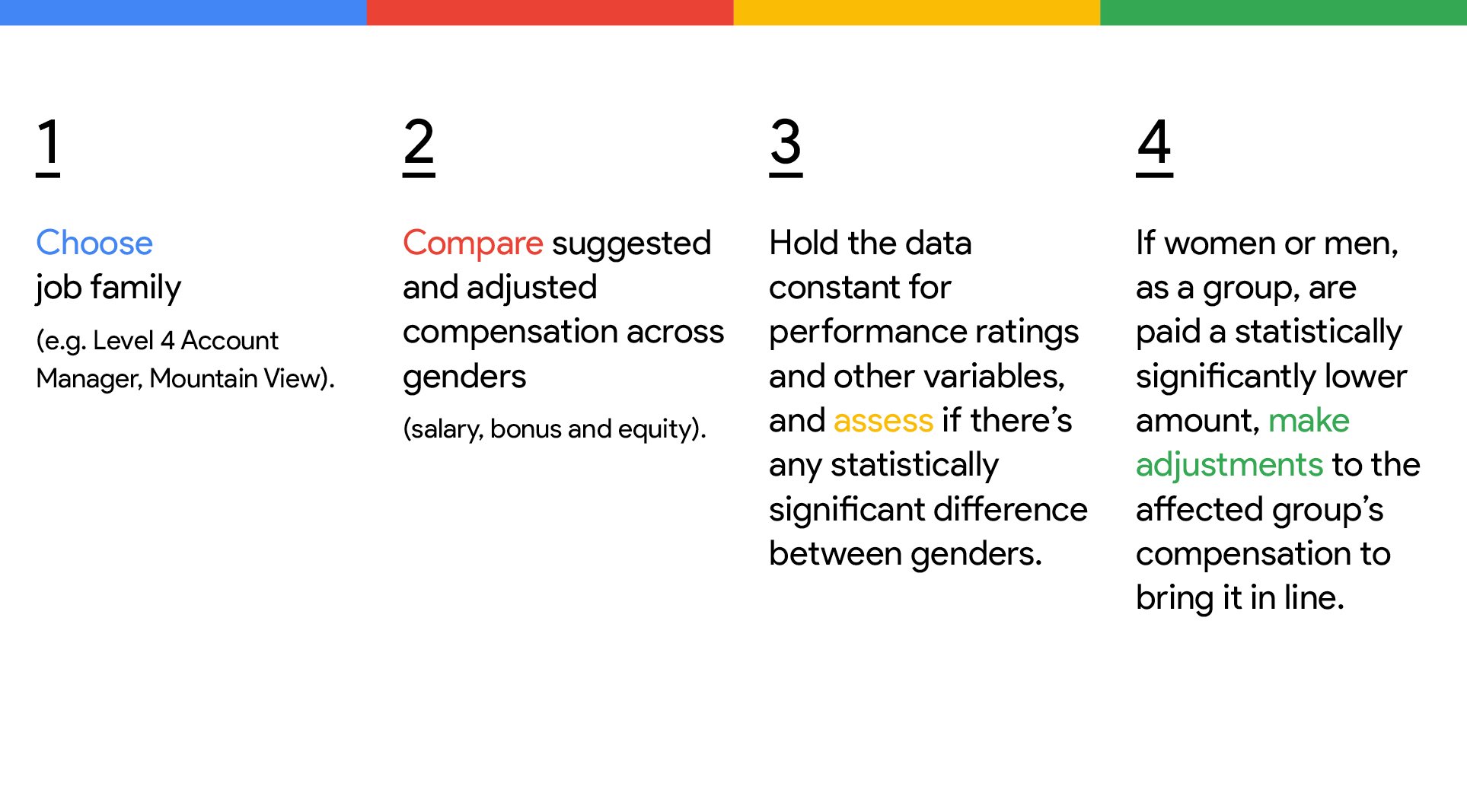 “We hope to work with the OFCCP to resolve this issue, and to help in its mission to improve equal pay across federal contractors,” Naughton concluded. “And we look forward to demonstrating the robustness of Google’s approach to equal pay.”