The iPhone’s global marketshare pales in comparison to that of Android, but Apple’s premium mobile phone is proving remarkably popular among the younger generation, suggests a new survey from Piper Jaffray.

According to the research, 76% of teenagers in North America own an iPhone, a record high. Purchase intent is even higher: 81% of teens say their next phone will be Apple. 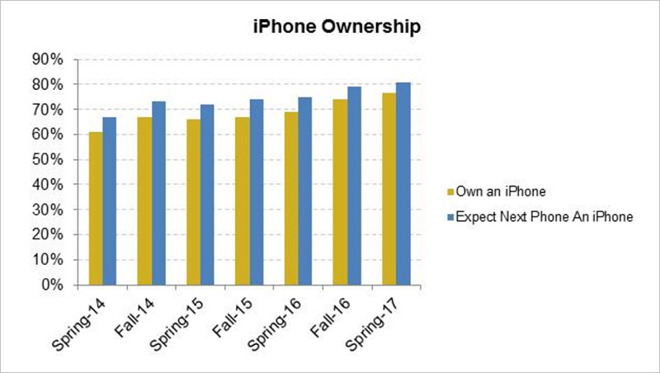 Apple is widely expected to launch an all-new iPhone model this fall that is likely generating substantial hype among younger demographics. But it’s not just the iPhone that Apple has on lock with teens: Apple Watch is the most popular smartwatch among teens.