Uber has published its first report on the company’s diversity.

“By creating an environment where people from every background can thrive, we’ll make Uber a better company—not just for our employees but for our customers, too,” the company says. “We want to work with the best in every field—people who inspire everyone to be better, and who can help us all get there.”

According to the report, Uber consists of 64% men and 50% white employees. In tech roles specifically, males dominate 85% of roles, while Asians make up more workers than any other race. In the last year, 59% of hires have been men, and 46% of hires have been white. 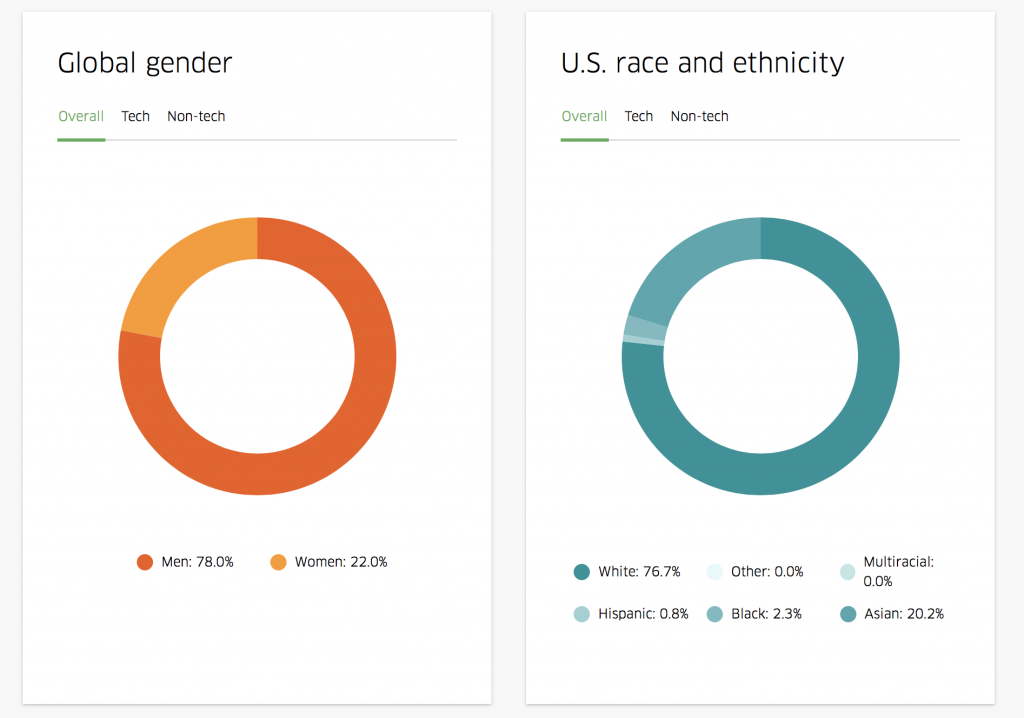 While Uber admits that the tech sector “has struggled to attract women and minorities for years,” the company says it is “committed to making Uber a great place to work, no matter where you come from.”

On the leadership front, 78% of the team is male, a number that rises to 89% for tech roles. Leadership is 77% white.

Uber is dedicating $3 million over the next three years to support organizations working to bring more women and underrepresented people into tech. The company is also participating in the Disability Equality Index, a joint venture by the American Association of People with Disabilities and the U.S. Business Leadership Network, which helps make businesses more inclusive for people with disabilities.