There’s an inevitable series of questions that always get asked when new tech meets the consumer market, “can we make it smaller?” or “can’t it just do more?” or (my personal favourite) “can it just be better?” Upon hearing these questions, Fitbit surveyed its lineup of devices and associated features, and responded with a resounding yes. The result is the new Alta HR, available for retail as of today. 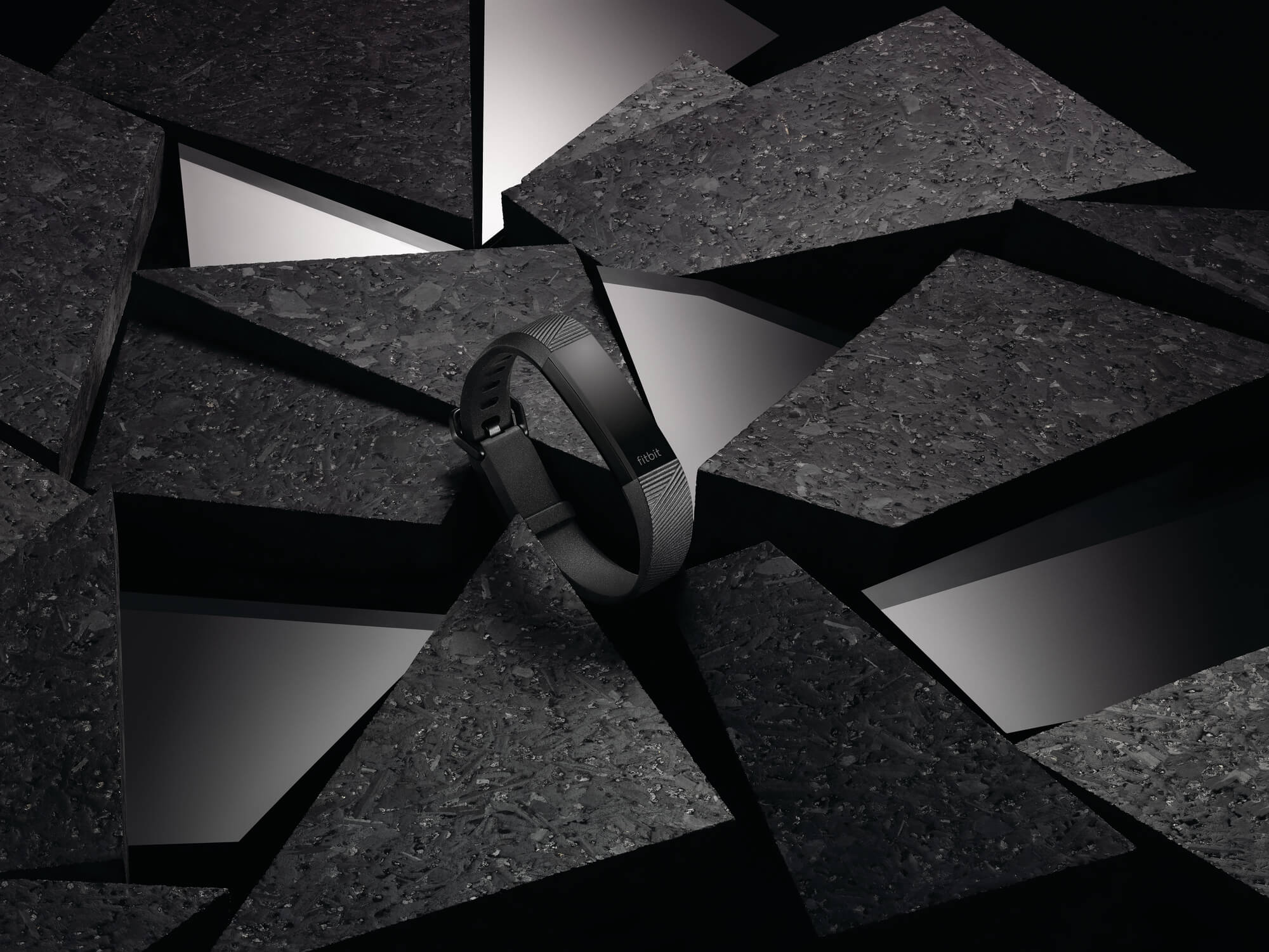 The new Alta HR is the company’s newest device and the slimmest fitness tracker on the market to boast a heart rate monitor. Alta HR’s predecessor Alta will remain in the Fitbit lineup. By comparison, the Alta is just a little more capable than the Flex 2, but not quite as much as the Charge 2, and probably cost more than a tracker of indeterminate worth should. That aside, The Alta HR now definitively stands out as the coolest device in the Fitbit lineup.

What makes it so great? It uses Fitbit’s PurePulse technology to track your heart rate and it beats the bulk of the Charge 2 by 25%.  I don’t play in the advanced fitness tracker game and have instead been more than comfortable with my original flavor Fitbit Charge HR, so when I reviewed the Charge 2, its size was the biggest strike against it.  The Alta HR maintains the same slim profile of the original Alta, so it looks and feels snazzier than the larger Charge 2.

The essentials are all there as well. Your steps, calories, and distance are all conveniently tracked. The interface is customizable through the Fitbit app, so you can easily choose what snapshot of your daily life you’d like to see when the tracker lights up into action. The Alta HR utilizes SmartTrack Auto Exercise Recognition which is much more convenient to me than fumbling for the button on my (now ancient) Charge HR as I’m groggily starting up a spin class in the morning. The call and text notifications are still there. I generally didn’t try to jog and read a text as it slowly scrolled across the Alta HR screen, but it’s a nice-to-have feature for those who need the up-to-the-minute notifications. And after the disappointing battery performance of both the Flex 2 and the Charge 2, I’m more than impressed that the Alta HR not only claims a battery life of up to 7 days, but probably comes very close it. Full disclosure, I didn’t have the opportunity to test out the device for more than 5 days, but it was still on its first charge at the time of writing this review.

Although the Alta HR is worthy response to those three initial questions, Fitbit didn’t quite stop there. The new device heralds changes to the company’s sleep tracking feature and introduces Sleep Stages and Sleep Insights to its customers. These offerings aren’t exclusive to the Alta HR however. Sleep Stages will work with the Blaze and Charge 2 devices while Sleep Insights will work with all Fitbit devices that track sleep. 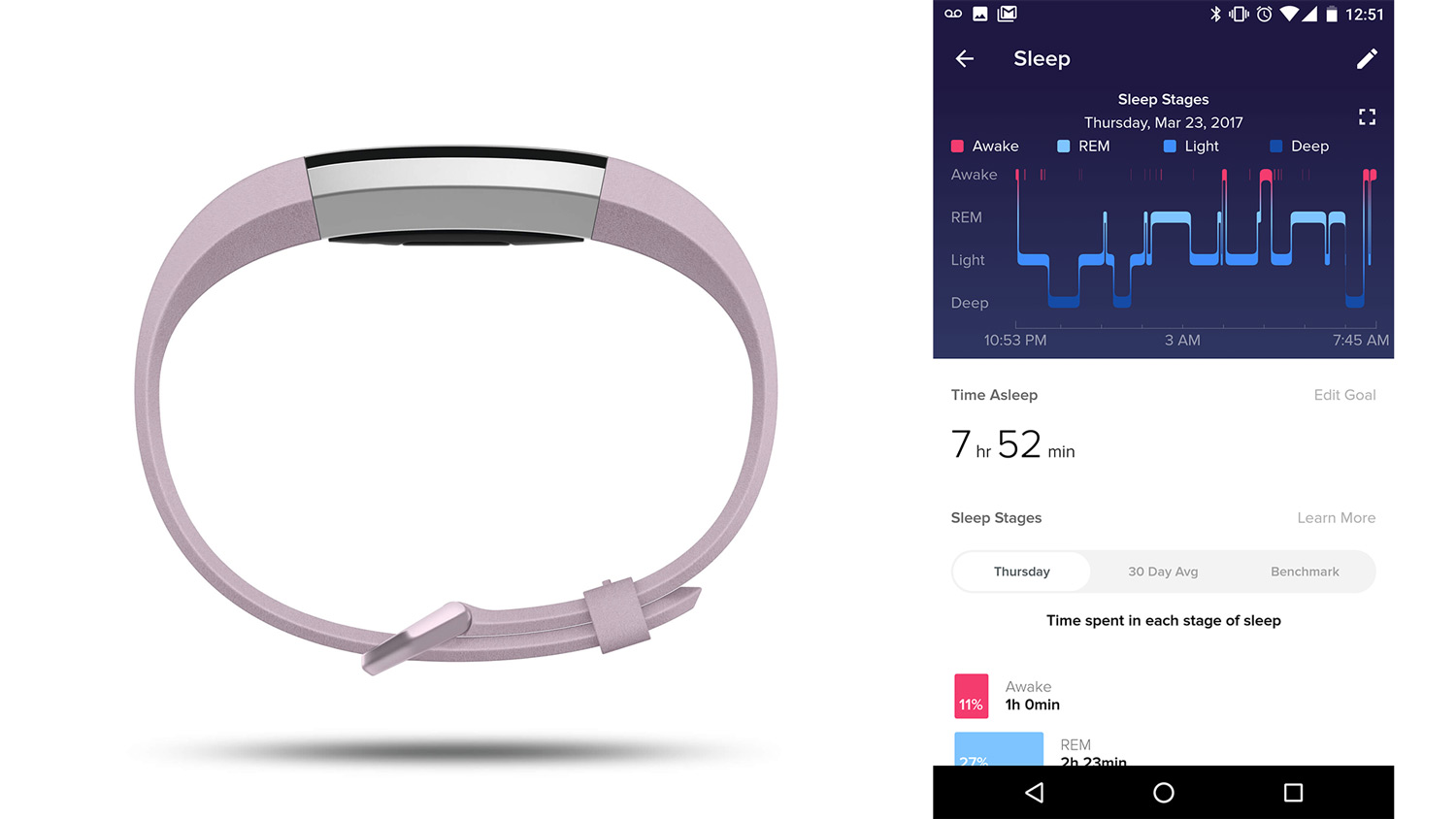 Sleep Stages is a more in-depth look into what Fitbit used to call its Sleep Patterns. Sleep Patterns track your awake time, sleep time, and restless moments. The new Sleep Stages claims to do a little bit more in tracking your light, deep, and REM sleep stages, as well as amalgamating restless and awake periods into one simple awake stage in the sleep cycle. Each device does this by tracking not only your motions, but also your heart rate as your body shifts between each different stage. It’s a feature that’s bound to make “data-philes” absolutely giddy with joy, but might not prove as useful to anyone else. Just because I can see that I spend 40% of my sleep cycle in light sleep doesn’t necessarily mean that I know what to do with that information.

That’s where Sleep Insights is supposed to come in. The company claims that it provides unique insights, in the form of tips, into a user’s sleep and exercise habits – the more you use the device and the more data you provide, the more relevant the tips the app provides will be.  Considering the absolute goldmine of sleep information Fitbit has accumulated in its databases, what’s surprising about this foray into analytics is only that it’s taken this long. A multitude of studies have shown that exercise and quality of sleep are inextricably linked; regular exercise improves sleep habits and patterns, to put it very simply. Unfortunately, the one insight I was provided during this test run was neither very helpful nor very relevant to me except in the broadest sense. The app did provide me with the option to like or dislike said tip which is yet another additional data point the company seems inclined to want to collect. I’ll be interested to watch this continue to evolve, but I do feel as though I’ve sold myself to yet another machine learning exercise.

All in all, a solid spring 2017 entry by Fitbit. They’ve improved on a relatively lackluster device in the Alta into a tracker that is rapidly replacing the Charge HR as my favourite device in their lineup; it’s slim, it’s light, it looks great, and it does everything you’d want from a fitness tracker including heart rate monitoring. With the addition of Sleep Stages and Sleep Insights, the Fitbit app promises to be more than just a display of tracker information. Relevant tips and catered insights into getting a better night’s rest are just the beginning, and there’s no reason to stop there. Fitbit has access to exercise, food, water, and daily activity data. It’s a mountain of information just waiting to be mined and there’s every indication that Fitbit is definitively moving in that direction.