British Columbia has emerged in recent years as a globally recognized center of Cleantech innovation. Local entrepreneurs have expanded the economy by launching high-growth companies, creating thousands of technology jobs and attracting billions of dollars of investment to commercialize BC products and services for export around the world.

These findings are among the results of the BC Cleantech 2016 Status Report, a survey of cleantech companies in British Columbia conducted by KPMG in Canada and the BC Cleantech CEO Alliance.

“The cleantech sector continues to both experience and drive growth in our province, as well as provide an attractive investment opportunity for British Columbians,” says Lorne Burns, Partner, KPMG in Canada, and author of the report. “The jobs it offers are desirable ones: average salaries are high and the technologies these jobs produce contribute to a cleaner and more sustainable world.” 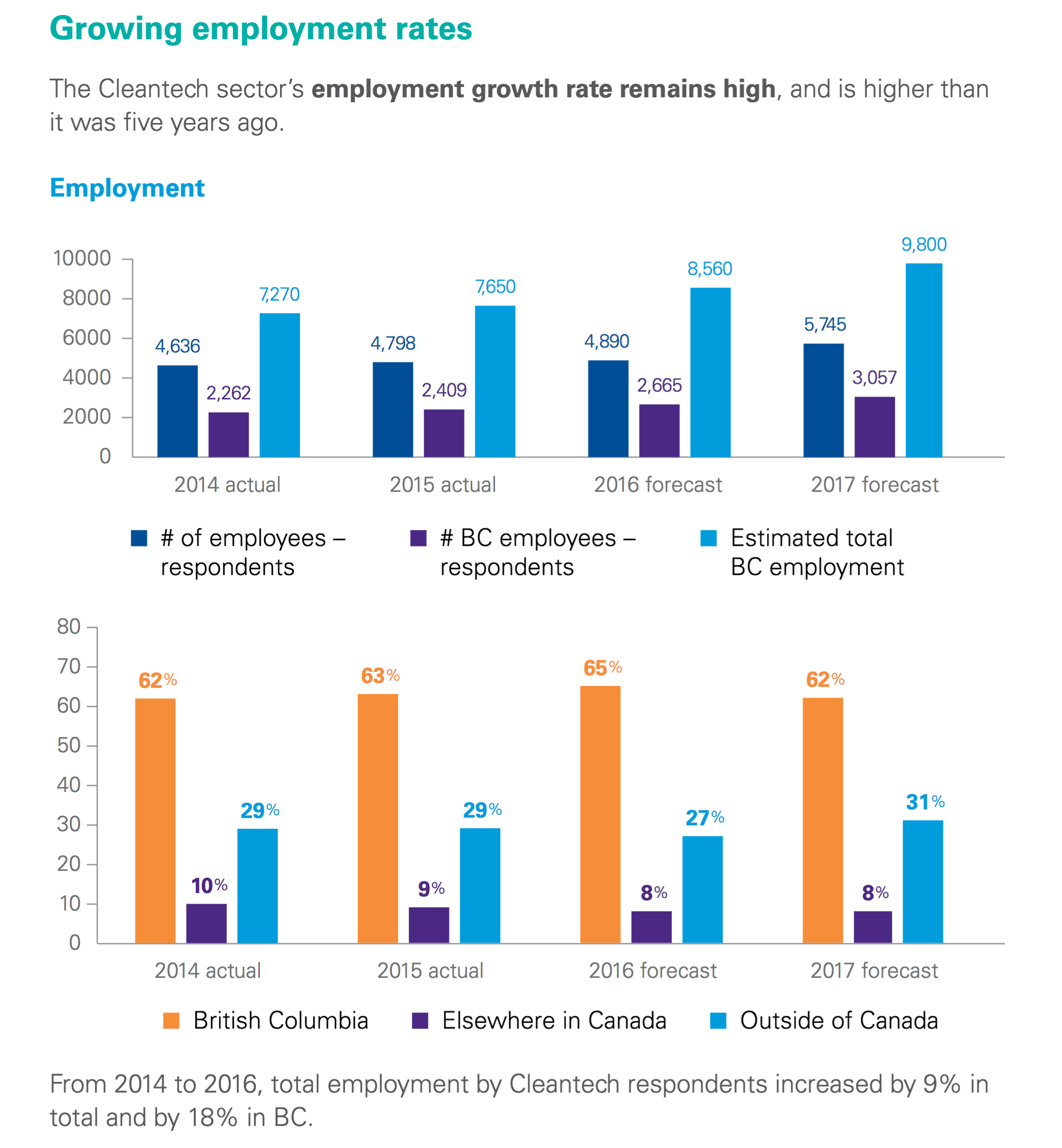 The largest export market is the United States, and this is expected to remain the case for the next five years. Combined sales to Europe, Asia and other countries is expected to grow to one-third of total revenue by 2021, according to the report.

“Over the past five years, BC’s Cleantech sector has emerged as a global leader of Cleantech innovation, investment and job creation,” said Jonathan Rhone, Chair of the BC Cleantech CEO Alliance. “As the sector expands, competes and wins in the $3 trillion global Cleantech market, the industry is becoming a critical driver of innovation and economic growth for the province and for Canada.”