2016 was the seventh straight year of venture capital investment growth in Canada—and the country’s biggest year for VC investment since 2001.

VC investment in Canada was $3.2 billion across 530 deals in 2o16, a 41% jump year-over-year. The big year was driven by big deals (over $50 million): eleven of them, in fact, compared with just five in 2015, according to the Canadian Venture Capital Association. 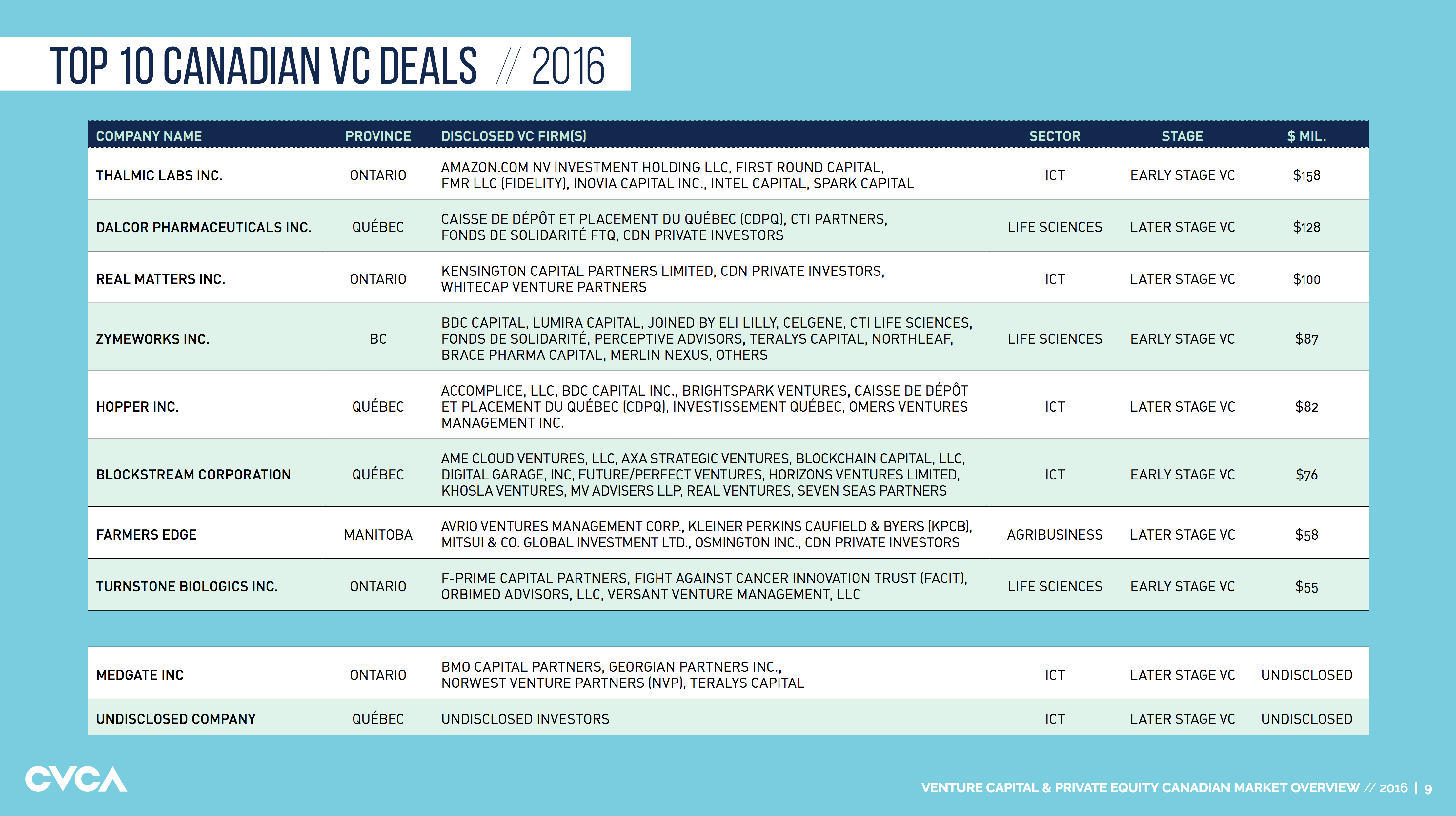 “2016 was a banner year for VC investment levels,” says Mike Woollatt, chief executive officer of CVCA. “Canadian venture capital is supporting entrepreneurs at levels we haven’t seen in quite some time.”