Snap plans to go public, perhaps as soon as March. The company hopes for a valuation upward of $25 billion.

Is that figure warranted?

This year, Snapchat is expected to generate $935.5 million in worldwide ad revenue, according to eMarketer, a jump of 155% over last year. That’s pretty small revenue for the valuation, but the growth is impressive. 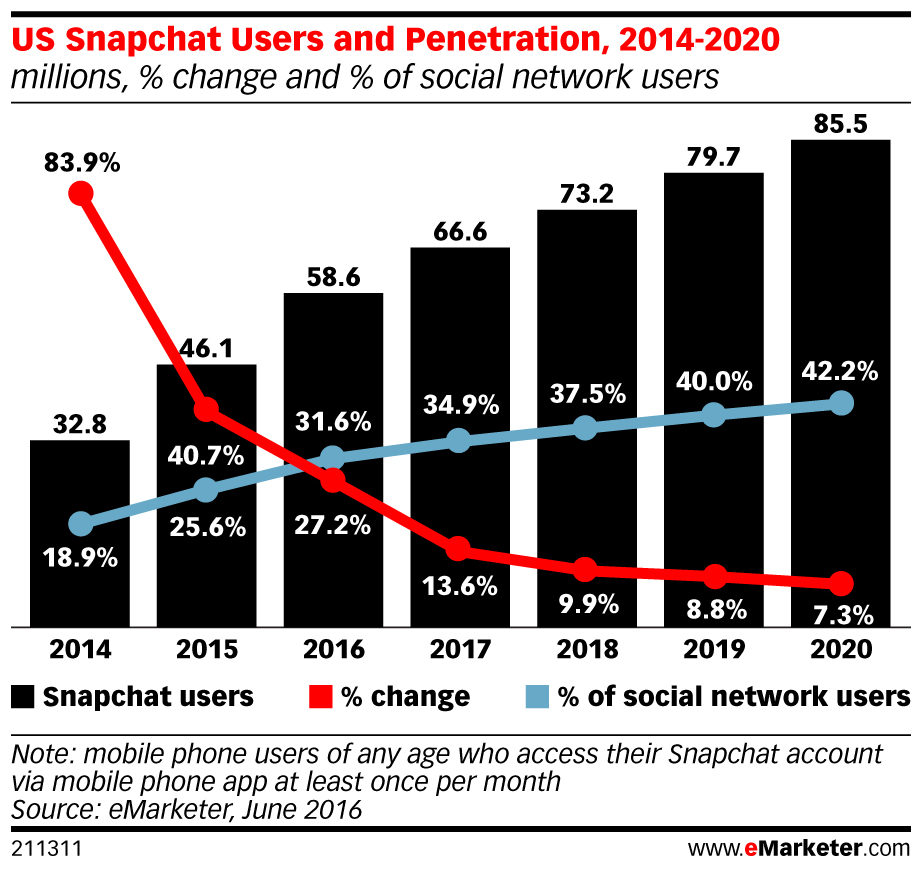 In 2017, Snapchat will derive 86% of its revenue from the US, with that share shrinking to 75% by 2018 as it expands into other markets, eMarketer forecasts. This year Snapchat is expected to reach 66 million users in the US, a jump of 13% over last year. 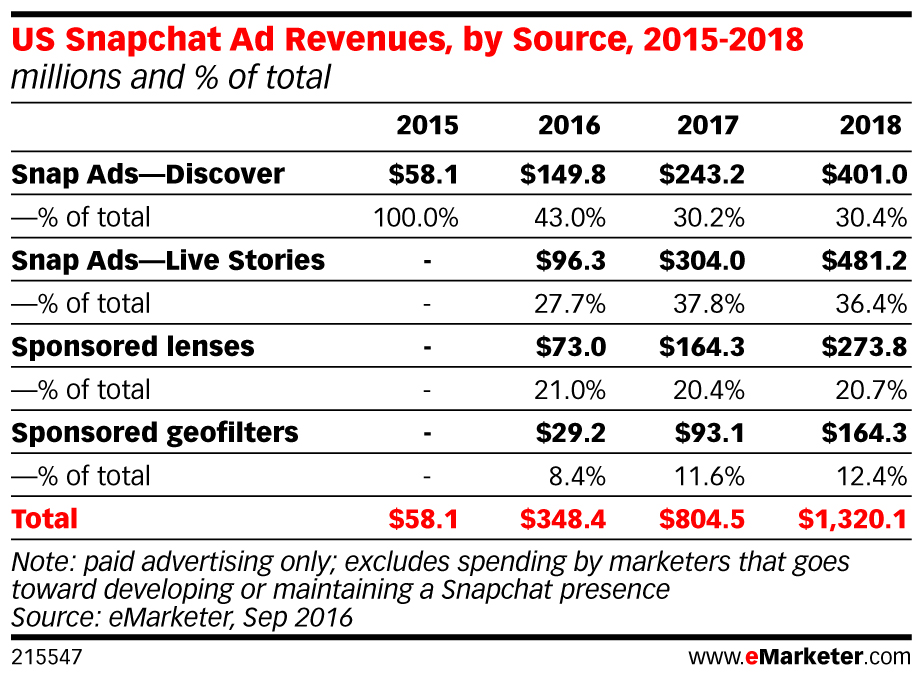 EMarketer suggests Snapchat owns 0.4% of the worldwide total digital ad market and 0.7% of the worldwide mobile ad market. But it’s dealing with some major contenders like Instagram, which Facebook owns and which has recently been copying many of Snapchat’s signature features.

It’s tough to say what Snap’s really worth as its pursuit of revenue streams is only just beginning. Either way, it’s apt to be the biggest tech IPO since Facebook in 2012.