Aamir Baig and his cohorts are proof that you don’t have to know furniture to take on the furniture industry.

The cofounder, CEO and director of Article—a Vancouver-based online designer furniture company—has taken the firm from an idea to a multi-million dollar industry disruptor in only six years.

And he’s done so not like a furniture salesperson, but as a software developer.

“You’ve got a bunch of engineers starting a furniture company, they have no idea what’s going to sell,” Baig says. “So what do you do? You come up with some tech to give you solutions.”

That approach is the secret of Article’s success. Unlike incumbents who try to transition from the bloated structure of traditional brick-and-mortar furniture sales, Baig and his peers have started from scratch.

The Article team built proprietary software that drives almost every aspect of the business including manufacturing, purchasing, shipping, warehousing and delivery.

It’s an ever-growing suite of programs that started with an in-house algorithm which kept better performing products higher on the website pushing underachievers down. That tactic drove sales from best-selling items early in the company’s life, ensuring profitability—and thus survival.

But while the path to sustainability and growth seems technically obvious in hindsight, a big unknown for Article was the perception problem: Without seeing or feeling the physical product, would somebody actually buy furniture online?

There are many reasons why a potential customer might forego a store to buy their new furniture on a website. Traffic, parking, cramped display rooms and persistent salespeople are just a few factors that might deter any modern shopper.

“If you really think about it today—and it’s becoming more and more of a trend—the scarcest asset we’ve got is time,” Baig says. “We’re all struggling for time.”

Lessons in Legitimacy for Entrepreneurs: How Startups Become Companies

So for the time-sensitive consumer, a browse and a click-buy can be a very compelling way to furnish a home.

Add to the equation a model that cuts out so much of the industry fat that it can save patrons $2,000 per sofa and the argument gains even more ground.

“Maybe [even] my parents are… coming around to buying furniture online,” Baig adds. “Certainly a lot of the younger generation don’t even consider going to a shop.”

But while those efficiencies are convincing enough for some would-be buyers, the perception hurdle could only be solved by creating one key relationship with the consumer: Trust. To earn it, Article focused on service.

“We’ll take it back no questions asked,” Baig says. “You can furnish your entire home, we’ll come pick it up.”

Then there’s a customer care team that is next to the product with no sales incentive. They’re not going to recommend something that’s not right for a caller, says the co-founder.

They are there to “pave that way to get the answers that you need.”

As a result of those efforts, Article recently won a 2017 Best Of Customer Service award on Houzz, a remodelling and design platform.

Prizes are one way of measuring success, but in terms of growth the numbers speak for themselves.

Revenue has grown by a factor of five in one year for the young Vancouver firm. Its warehouse space jumped from 14,000 sq. feet to 375,000 sq. feet in the same amount of time.

Staff numbers have ballooned from under 20 at the start of 2016 up to 80 people, and Article (called Bryght prior to May that year) had to move offices for a third time to accommodate that increase.

In fact, the online furniture business is hiring now to fill almost 20 new positions for nearly every department.

Article needs the personnel to help sell, market and move more than 450 unique items to 11,000 cities in North America

“It’s been a lot of action, a lot of growth,” Baig says. “A lot of stories around that, but it’s been fun.”

Many of those stories and factors of success Baig humbly credits to serendipity.

The very inception of the business—then called Fill the Container—when a former university classmate and friend lit the initial spark on a visit to Beijing: “Just out of the blue.” 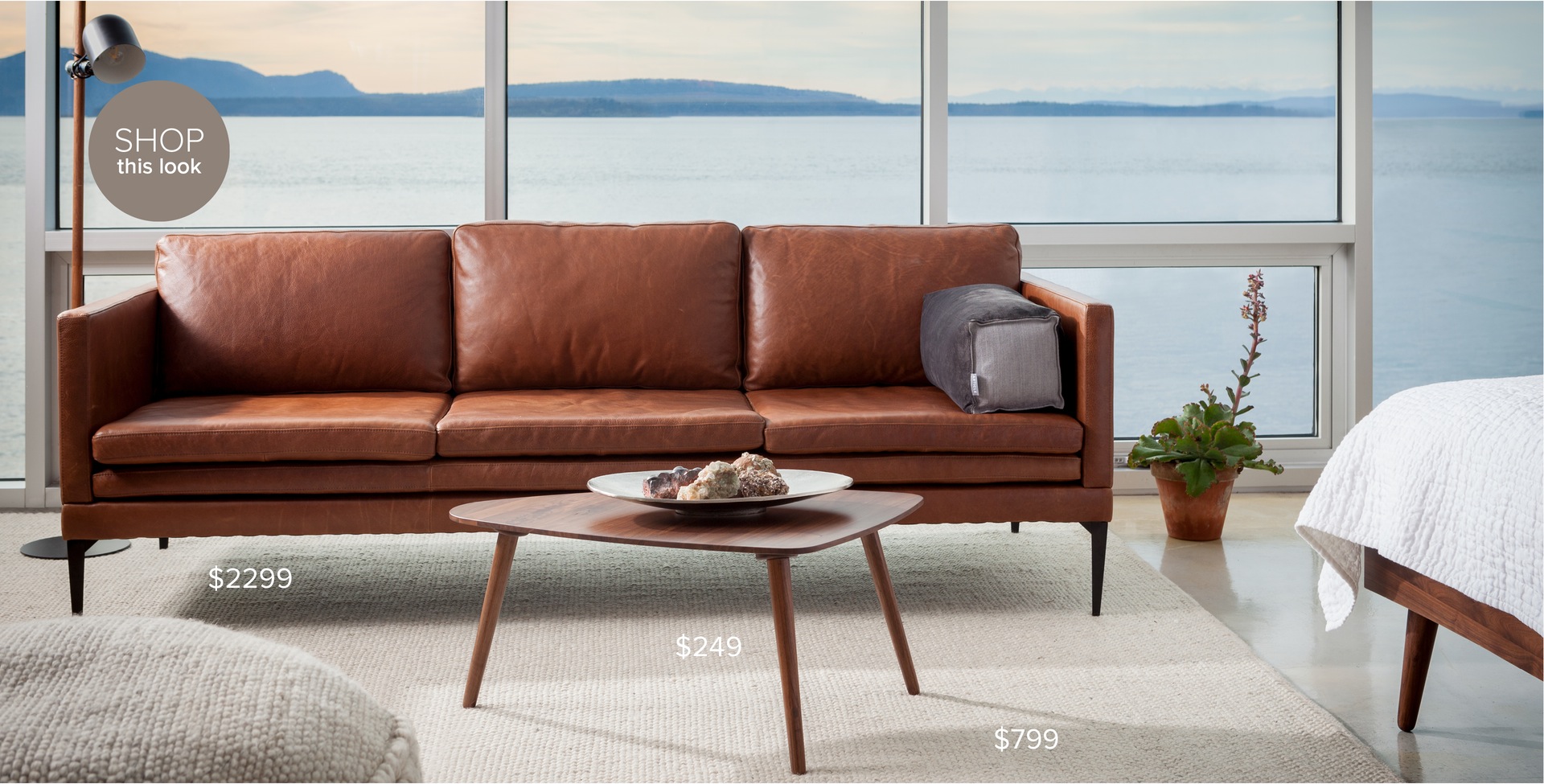 Choosing sofas over carbon fibre hockey sticks: “Serendipitously it turned out to be the right choice.” But it could have been anything.

As for anchoring the startup in Vancouver where Baig was already located, near the U.S. market, amid a growing talent pool and host of the biggest Canadian port? Serendipitous.

But the truth is, the rise of Article has less to do with luck than it does timing and experimentation.

Entering a creaky industry with fresh ideas, Baig and his team skipped the old inertia, set ways and belief systems that weighed down the incumbents.

A digital environment of internet-trusting shoppers were ripe for the nudging that this is the new way to furnish their homes. And a new culture that follows on the heels of tech startups everywhere breathed new life into a stale racket.

An example is the founders’ yearly tradition of going on an adventure before the planning and strategy work “to get the blood sweat and neurons working,” according to Baig.

No ordinary execs, Baig and co-founders Fraser Hall, Andy Prochazka and Sam Prochazka went to Tuktoyaktuk to build an igloo on one such excursion—much to the entertainment of the local mayor.

A lot of their direction today has been shaped by the thoughts that were spurred in that environment, Baig says.

“The one regret I think I have,” he says laughing. “If I were to do it again I want to haul a sofa up there and put it in the igloo.”

What’s Right For You? A Comprehensive Guide to Funding Options for Every Startup

Who benefits from all of this industry shakeup? The consumer, of course.

But Baig is adamant about the opportunity a successful business has given him to affect everyone in his ecosystem.

Article’s founders have created an environment where employees have pride, purpose and excitement in their lives.

And to carry that into every interaction between the company and another party—whether that be suppliers or delivery carriers—is a major motivator according to Baig.

Also not lost on Baig, is his company’s opportunity to improve the very spaces where families play out their most cherished moments.

“We want to make sure we make that easy for you, we don’t stand in the way of those moments panning out the way you want,” he says.

During these times of rapid change for Article, Baig admits there are few moments of his own to reflect on coming so far, so quickly with the company.

“When I look back… what’s most interesting to me is that I think out of the 80 staff that we have, we might only have one or two that have actually worked in the furniture industry before,” Baig says. “We’ve approached this with a lot of fresh thinking, a lot of questioning of how things are done.”

There has been a lot of reinventing, making mistakes and challenging the status quo along the way.

But Baig and his crew have come up with “a lot of awesome ways to do things at every level.”

A group of software engineers threatening the conventions of selling sofas and beds might have seemed an unlikely story a few years ago, but Baig is certain about one thing these days.

“I can tell you a lot about furniture now.”

Greg Laychak is a writer and photographer based in BC.