Imagine travelling from Toronto to Montreal, downtown to downtown, in half an hour.

For Yazan Obeidi, that’s one of the most exciting possibilities of the Hyperloop, the hypothetical high-speed transportation system conceptualized by Elon Musk.

And Obeidi is working to help bring that vision to reality.

He’s captain of a team of Waterloo University students that is currently building a prototype vehicle, or pod, that could travel through the partial vacuum tubes that make up the Hyperloop system.

The team, called Waterloop, will be taking their pod to California in late January, where they will race it as part of an international competition organized by SpaceX.

Waterloop is currently raising money to fund its work on Kickstater.

More than 1,000 teams submitted designs to the SpaceX contest, but only 30 were invited to race. Waterloop is the only one from Canada. 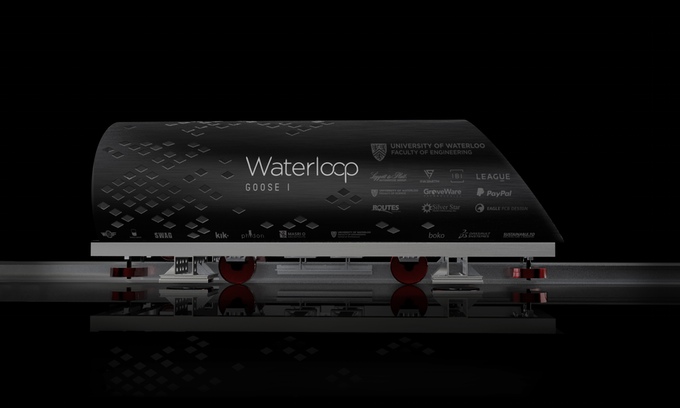 Obeidi says his team is almost ready to begin testing the pod, which will travel at speeds of over 550km/h.

“There’s two ways to win the competition it’s either a drag race, so the fastest pod, or there’s a combination of scoring for criteria, like scalability, performance and safety,” he says. “In terms of the drag race, because there’s a set acceleration distance, if we can maximize how fast we’re going in that distance, that might be enough to win.”

Waterloop’s prototype, called the Goose I, uses a pneumatic levitation system, rather than a magnetic one, to reduce drag. Obeidi says that if the team can reduce the pod’s weight, that levitation system could give it the edge.

“I see this as the beginning of something really cool,” says Obeidi. The Waterloop team has already centred SpaceX’s next Hyperloop competition.

Obeidi says competitions like these encourage a spirit of transformative innovation.

“If you’ve got a crazy idea, give it a go, see if it works, there’s no harm in trying something that hasn’t been done before,” he says. 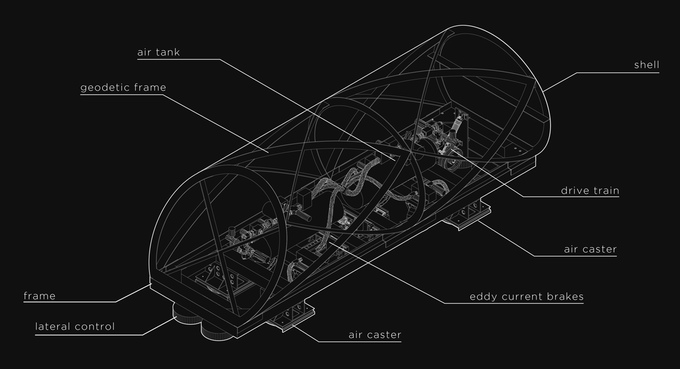 But the team doesn’t have any plans to attempt to commercialize its concepts, in fact, Obeidi says he doesn’t see the Hyperloop coming to Canada for decades.

The problem isn’t the technology.

“The tech is a tiny piece of the challenge,” he says. “Part of the challenge is getting people used to being in these little tubes going Mach 1. But, even bigger is getting different municipalities to work together to implement the infrastructure, construction, all these things they add years.”

For Obeidi, the most exciting part of the project is the potential of the Hyperloop itself.

“This will change how people live for the better,” says Obeidi. “That’s what I want to be part of, something big, bigger than any other idea I’ve been around.”