It’s no surprise the traditional television industry is bleeding subscribers. Consumers complain prices are too high and they’re right—for US cable, prices have risen beyond inflation rates every year for two decades straight.

According to an FCC report revealed by CordCutting.com, cable cost an average of $22 per month in 1995—and now, just 20 years later, sits at $69. That’s an increase of 209%, compared with inflation of just 56% over the same period. That’s nearly 6% per year versus barely 2% per year for cable vs. inflation. 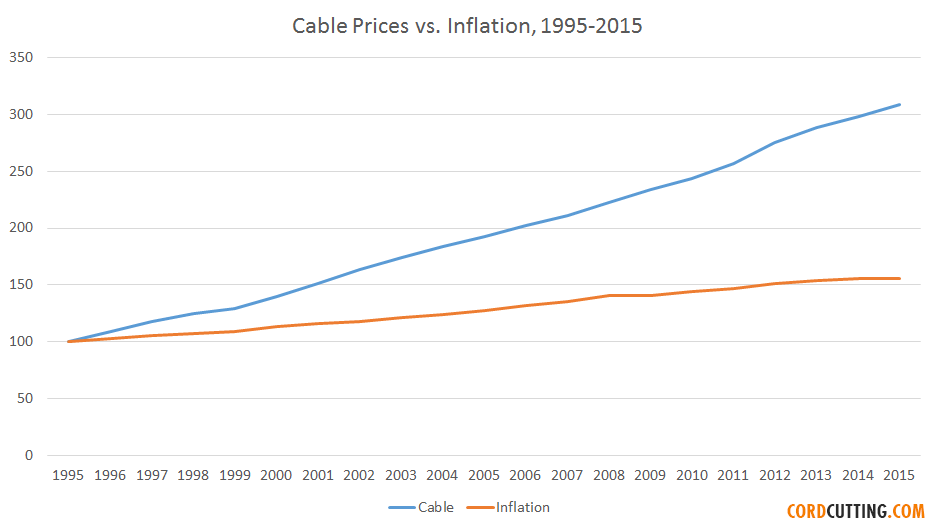 When will Netflix subscribers overtake cable subscribers, then? It’s only a matter time at this rate. In fact, in the US, that answer could be as soon as this year.

Cable’s biggest threat—besides itself—is Netflix. The video streaming service earned $2.3 billion in revenue during its most recent quarter, ahead of analyst forecasts—and gained 370,000 new subscribers in the US and 3.6 million globally, far beyond the company’s own guidance of 2.3 million. 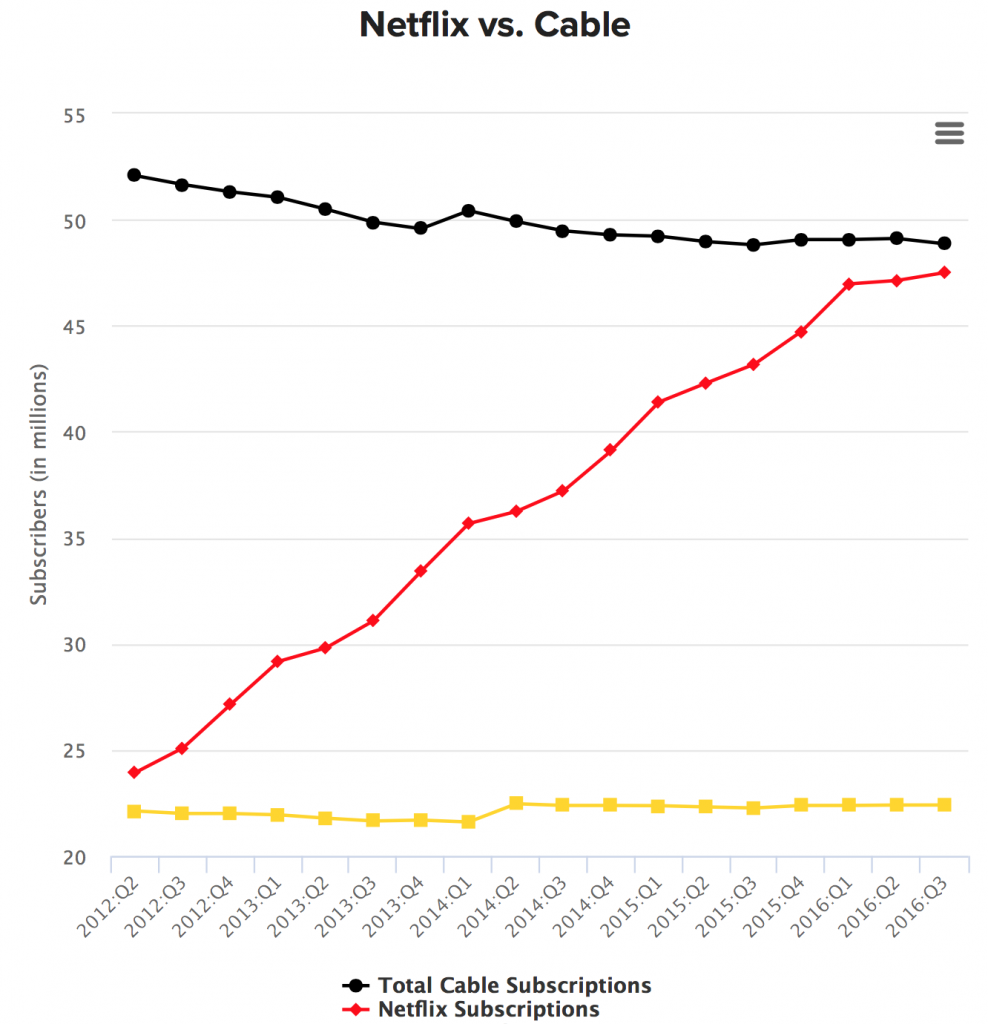 According to data from Samuel W Bennett’s Get Data, Netflix is on pace to reach and possibly even surpass cable subscribers in the US by the end of 2016.

Cord Cutting? Here Are Your Best Alternatives to Cable Television