It seems that people simply don’t want to browse the internet on a Microsoft app, even if it’s not the infamous Explorer.

So far in 2016, Microsoft browsers—Explorer and the newer Edge—have lost more than 300 million users to competitors like Mozilla Firefox and Google Chrome, according to a Net Applications report. 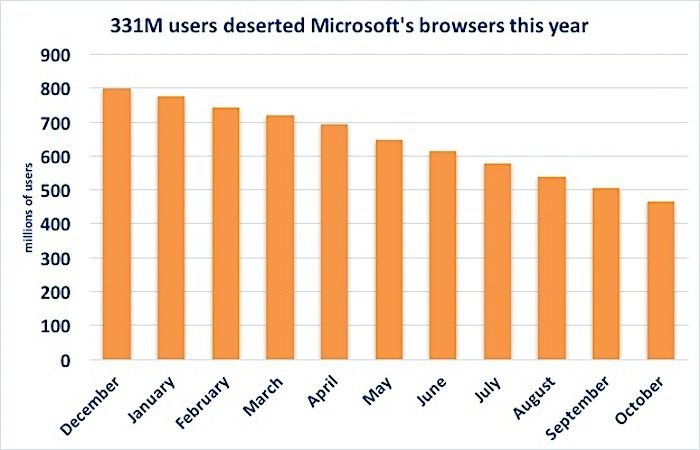 Explorer’s market share dropped from 44% to 23% in less than a year, while Chrome started at 35% and ended the same time period at 55%. Edge owns a paltry 5% slice of the pie.