Sources close to Twitter claim the company is planning to cut up to 300 jobs as early as this week. That amounts to about 8 per cent of their workforce, the same percentage cut in 2015 when co-founder Jack Dorsey took over as CEO.

The timing of this leak is curious as Twitter will be releasing Q3 earnings on Thursday this week. Despite several weeks on a rumor-rollercoaster of potential acquisitions by the likes of Disney, Google and Salesforce, the company now finds itself where it was two month ago: Trading around 40 per cent lower than this time last year. 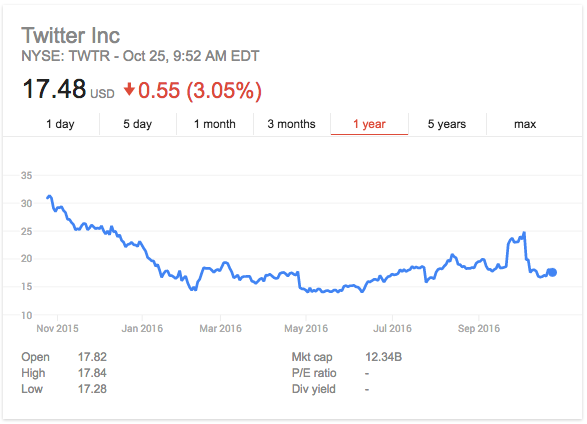 The company reportedly just hired bankers to explore the potential sale, but every companies that had expressed interest in bidding has backed out.

Twitter’s losses and reduced share price make it that much harder to pay their employees with stock. That has make it very difficult for Twitter to compete for talent with giant rivals like Alphabet Inc.’s Google and Facebook Inc and fewer employees would ease the pressure.