After 18 months with no new products launched, Fitbit returned with four new offerings. I got my hot little hands on two of them to walk with, run with, even swim with.

The Flex 2 and the Charge 2 replace two existing models in Fitbit’s lineup. The newest iteration of Fitbit’s slimmest and most customisable wristband, the Flex 2, remains familiar while taking a few well-dressed steps forward and a single leap into uncharted territory.  The addition of SmartTrack (Fitibit’s trademarked auto exercise recognition feature), call and text notifications, and a plethora of bands, pendants, and bangles upgrade this device from its predecessor, but the real standout feature on this deceptively simple offering is its ability to follow you into the pool.

This is Fitbit’s first foray into “swim-proof’’ wearables and I, as a runner who turns to the pool during those long winter months where temperatures plummet and running outside becomes torturous, have long awaited a Fitbit tracker able to take that watery plunge. As happy as I’ve been with my Charge HR that’s always stood out as my primary frustration. Other, more specialized trackers, have entered the market to fill this void but I’m not a collector, so I’d patiently waited for Fitbit to make its move. The Flex 2 is a first stroke in the right direction.

Admittedly, it’s not perfect; Fitbit recommends freestyle swims for this activity for the best tracking results and SmartTrack didn’t quite work the first time I tried out this feature. However, attempt number two was more successful. Strong strokes and a continuous swim seem to be necessary for the tracker to pick up on the activity.  While a 50% success rate isn’t exactly optimal, given Fitbit’s ongoing success in the wearable fitness tracker market and the cheaper price point of the Flex 2 versus other swim trackers on the market, I’m not about to give up on this feature quite just yet. 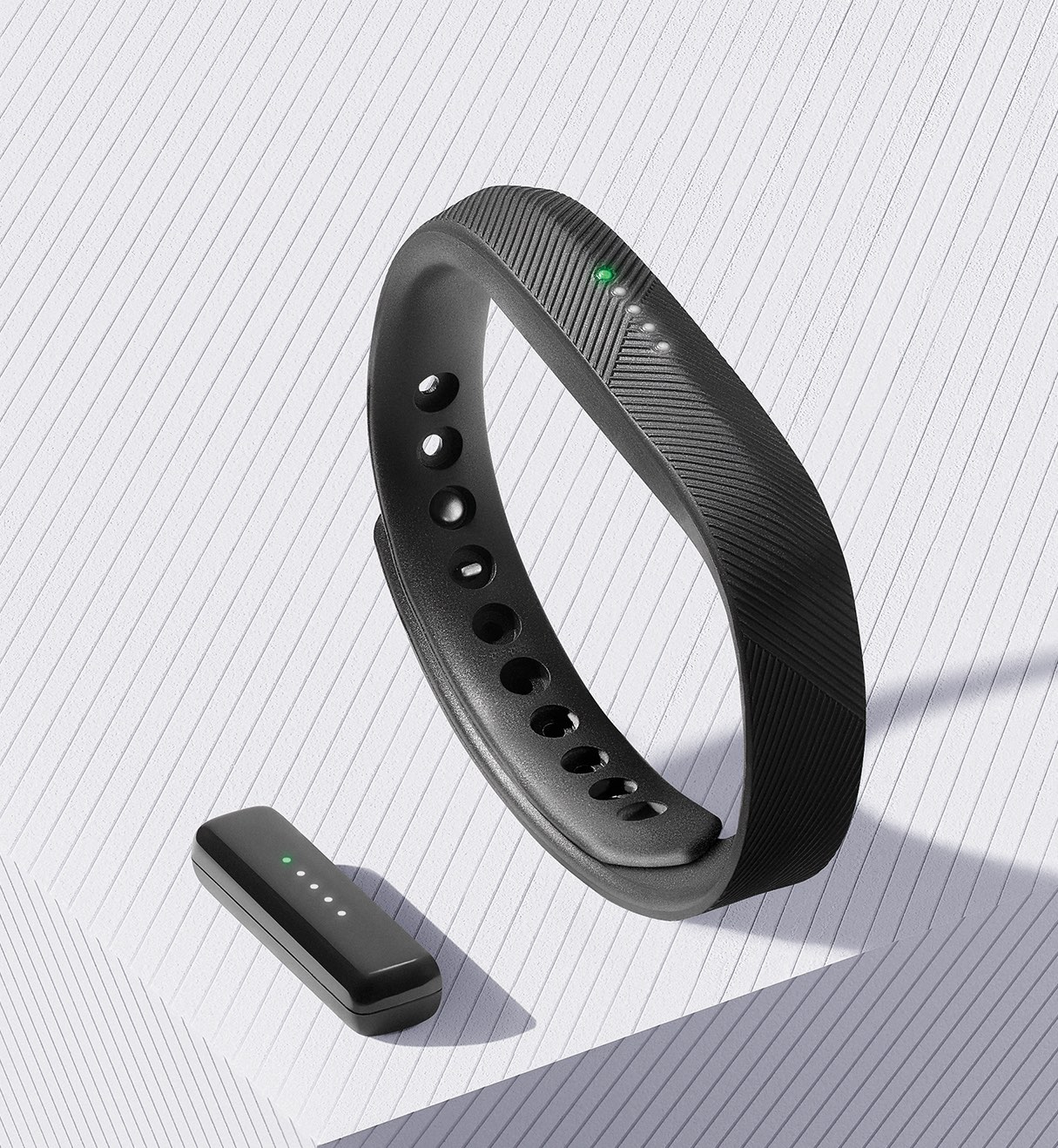 Out of all the new accessories for the Flex 2 only the wristbands are made for use while swimming. The pendants and bangles seem to have been designed more for form rather than function. Undoubtedly, they’re great to look at – I received multiple compliments on the gold-plated pendant necklace and many surprised looks when the admirers discovered there was a Fitbit inside.

The next question reliably was, “So does it count every swing as a step?” Sadly, I discovered the answer to be a definite yes when I sat down, opened up the Fitbit app, and watched my step count go up and up and up as I swung the pendant back and forth. As a reliable tracker, that one needs improvement if not an overhaul, but at least I’ve got a great new necklace.

Nearer to the opposite end of the functionality spectrum lies Fitbit’s Charge 2, the replacement of the Charge HR tracker that got me into the fitness wearables game when it first appeared on the market in January of 2015. Truth be told, it’s more of a newer, slimmer take on the Surge what with the larger screen to accommodate more notifications, but it’s also what I’m starting to consider Fitbit’s most complete fitness tracker.

The Charge 2 neatly combines some of the best elements of a variety of Fitbit’s other trackers. The interchangeable bands allow the wearer to customise their look in a similar fashion to the Flex 2. It has the features I liked so much in Charge HR (heart rate monitoring, the tap-through screen stats, the slimmer design) while also incorporating the more smartwatch forward aspects of the Surge like call and text notifications on screen.

It’s larger than the Charge HR, but not uncomfortably so for someone like me who primarily wears fitness trackers when working out and not 24/7. If you’re used to wearing the slimmer bands or even the Charge HR constantly, it might take some getting used to, but it’s a great alternative to some of the larger-faced options out there without skimping on functionality. 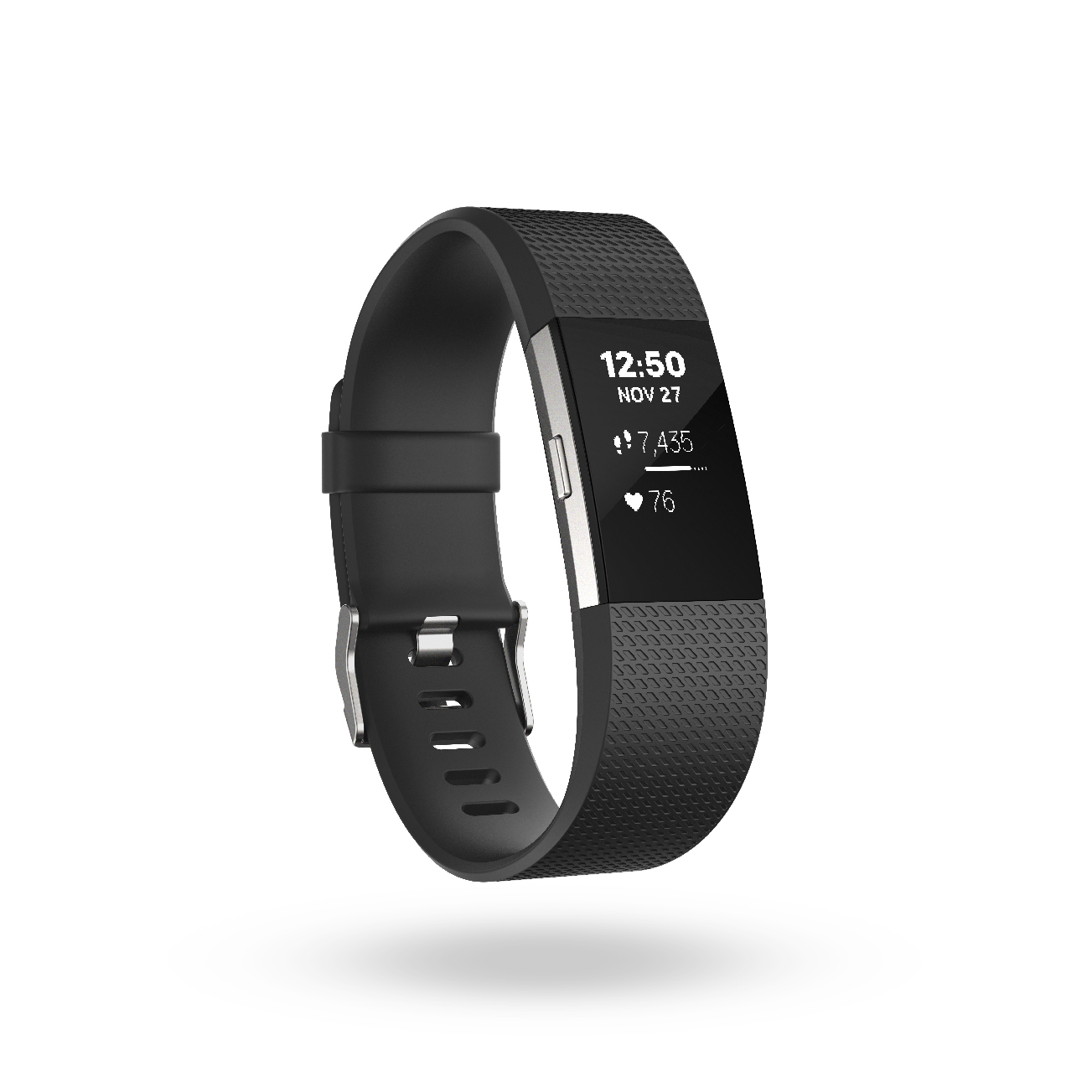 A great addition to the Charge 2’s feature set is the multi-sport tracking. While I quietly despaired at the Flex 2’s SmartTrack feature’s inability to recognise my first test swim and thus necessitating a second, the Charge 2’s neat little multi-sport exercise mode (enabled by clicking the side button and then tapping the screen to select the appropriate sport) fixes that issue entirely. I hadn’t realised how much I had always relied on my own ability to start/stop exercise mode on my Charge HR with a quick button press until I no longer had it on the Flex 2.

Surprisingly, the Flex 2 and Charge 2 have the same battery life – 5 days. Given the Flex 2’s lack of a heart rate monitor, I couldn’t help but scratch my head when the Fitbit app notified me that the battery was running low much sooner than I had expected from such a simple device. On that same note, the Charge 2 didn’t quite make it to the 5 day mark, but given its more diverse feature set this one didn’t surprise me. I gave in and plugged it back in for a charge on day 4.

The Fitbit lineup of fitness trackers is the most diverse on the market. It ranges in everything from simple step counters in the Zip to more serious fitness tracking in the Surge complete with phone notifications and music controls. The Flex 2 and Charge 2 make for welcome additions to the Fitbit family. The Flex 2 dips a toe into the swim tracker market while the Charge 2 leaps towards becoming a more complete mid-market tracker than anything Fitbit has offered before.